Joe Biden went to Buffalo on Tuesday, the scene of the racist massacre perpetrated last weekend by a young man consumed by far-right ideology. 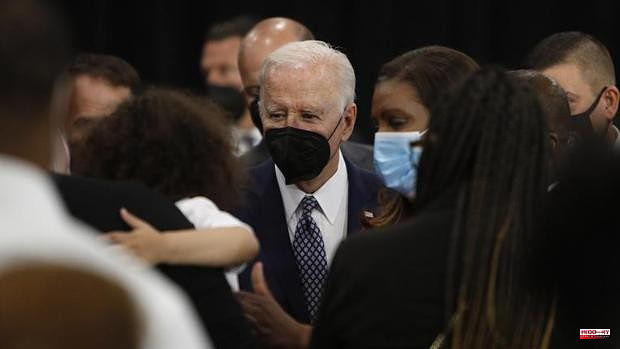 Joe Biden went to Buffalo on Tuesday, the scene of the racist massacre perpetrated last weekend by a young man consumed by far-right ideology. The president of the United States. and the first lady, Jill Biden, approached the improvised memorial in a supermarket in a black neighborhood on the outskirts of the second largest city in the state of New York, where the accused, Payton Gendron, was he planted on Saturday and shot everyone who got in front of him. He killed ten people and injured three others. Eleven of the victims were black, and Gendron made clear in a manifesto posted online several days earlier that his action was motivated by racist ideas.

"White supremacy is poison," Biden said in a speech after showing his condolences to the family. He also specifically referred to the 'replacement theory', a racist conspiracy theory that Gendron relied on for the massacre and that defends the existence of a plan - led by liberal and Jewish elites - to wipe out the white race through of immigration and the higher birth rate of other racial minorities.

These are ideas that also inspired other racial massacres, such as those in El Paso (Texas) or mosques in Christchurch (New Zealand), both in 2019.

These theories, marginal and only present in racist and xenophobic Internet forums until a few years ago -where Gendron radicalized himself- have been adopted by conservative figures of great weight in the US, such as the star presenter of Fox News, Tucker Carlson, or the Republican deputy Elise Stefanik, third in the ranking of her party in the House of Representatives. They use the idea of ​​"replacement" to portray the waves of undocumented immigrants as a form of threat to the political and cultural weight of their largely white audience and voters.

Biden defended that the root of episodes of violence like the one suffered this weekend is a hatred fostered “by the press, politicians and the internet, which have radicalized angry, isolated and lonely people to the point of making them believe that they are going to be replaced by a another, by people who look different from their own.

He assured that the US cannot let a "hating minority" finish off the country. "The experiment in American democracy is more in jeopardy than ever," the US president said. "Those who say they love America, but don't understand America, give too much oxygen to hate and fear."

"The ideology of white supremacy has no place in the US. No place. And not saying it is like being an accomplice," Biden said in a reference to the sectors of the Republican party that have stirred ideas around the replacement. "I call on all Americans to reject that lie," he said of the replacement theory, "and condemn those who propagate it for power, political interest, or financial gain."

Biden did not mention any media or political figures specifically. He also didn't say they were responsible for inciting the massacre the other day. "I think everyone who propagates the replacement is guilty," he said in the morning, before leaving for Buffalo. “Not of this crime in particular, but that it has no other purpose than economic or political benefit. And this is wrong".

1 Girmay abandons the Giro due to the blow to the eye... 2 The CNMV lifts the suspension of Siemens Gamesa listing... 3 Stade Toulousain launches its NFT collection for club... 4 UK inflation hits all-time high of 9% in April 5 Shelters, sterilizations, foster families... Strasbourg... 6 Díaz announces an Inspection campaign to investigate... 7 Grupo Prim increases its sales by 27% and its Ebitda... 8 Three arrested after a violent persecution for robbing... 9 All the programming to enjoy Museum Day in Castilla-La... 10 Legislative: Marion Maréchal finally candidate as... 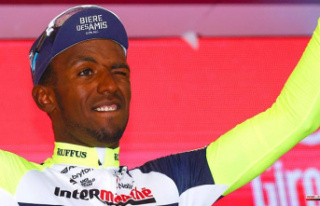 Girmay abandons the Giro due to the blow to the eye...