The group of hoteliers from Benidorm and the Valencian Community (Hosbec) has called for the resignation of the Minister of Social Rights, Ione Belarra, for leading them "to ruin" with her decision to extend the Imserso senior vacation program with prices frozen, without an upward revision despite skyrocketing inflation. 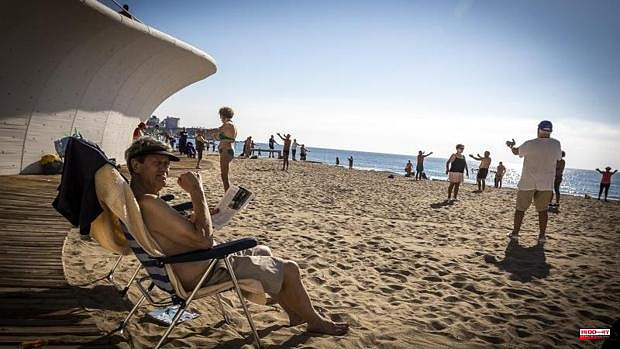 The group of hoteliers from Benidorm and the Valencian Community (Hosbec) has called for the resignation of the Minister of Social Rights, Ione Belarra, for leading them "to ruin" with her decision to extend the Imserso senior vacation program with prices frozen, without an upward revision despite skyrocketing inflation.

The president of the group, Toni Mayor, has expressed his "outrage" in a statement and has pointed out that "there are no qualifiers in the dictionary to catalog the position of a Ministry that belittles, ignores and condemns hoteliers who have worked for more than 40 years in what was a successful vacation program that has distributed so much happiness among the elderly Spaniards and such good economic results for the public coffers».

"We hope that the minister can give us the key to reconcile this vacation program with increases in the main hotel costs: the labor cost, with a 4.5% increase in wages signed last week, the cost of food and drinks with more than a 20% increase, and the energy cost with a rise of 150%, "said Hosbec.

In the same way, the association recalls that it already warned those responsible for the program last January of the "urgent need" to launch a new statement given the economic situation that was already looming. "The answer has always been the same, that is, none," emphasizes Hosbec.

For the hotel sector of the Valencian Community, "it can only ask for the immediate resignation and relief" of the minister "because it is not a success but the ruin for many businessmen after two years of unprecedented suffering."

“We want to remember that the price set by Imserso and the successful bidders forces Spanish hotels, most of them four stars, to work at a net price of 22 euros per person per day, and this economic budget includes accommodation, pension complete with wine and water included, free Wi-Fi, heating and air conditioning and all the services of a hotel of its category, "adds the entity.

Likewise, he has criticized that "not even the specifications provide for the updating of contributions, both from the State and from the user to the IPC, so the announced freeze has a devastating effect on the tourism industry."

“We also want to remember that the one who really makes money with this program is the State itself: for every euro it invests, approximately 63 million per season, it collects, between social contributions, unemployment benefits that it stops paying and taxes, about 110 million euros”, Mayor detailed.

For Hosbec, “there is no argument to deny the economic update of the Imserso program. The users themselves, the elderly, have expressed their willingness to contribute with a greater contribution to guarantee the parameters of quality and services that correspond to the Spanish hotel industry.

1 On Tuesday, June 7, Corpus chairs go on sale 2 The Bank of Spain asks Galicia not to lower its guard... 3 Unions, employers and the AMB approve 420 recipes... 4 The Bank of Spain urges the Government to withdraw... 5 They ask for 60 years in prison for the man who attacked... 6 Errejón forced supporters to make donations to finance... 7 'La Plazuela' reaches maturity with the... 8 The Government warns the Xunta that to obtain the... 9 Diversity València Festival is officially presented... 10 Denmark approves joining the European Union's... 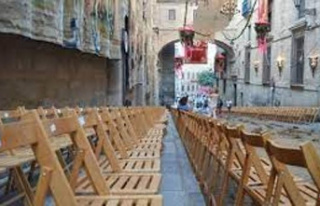