Denmark rejected the Maastricht Treaty in 1992 and approved it a year later subject to exceptions in terms of Defense and police and legal cooperation. 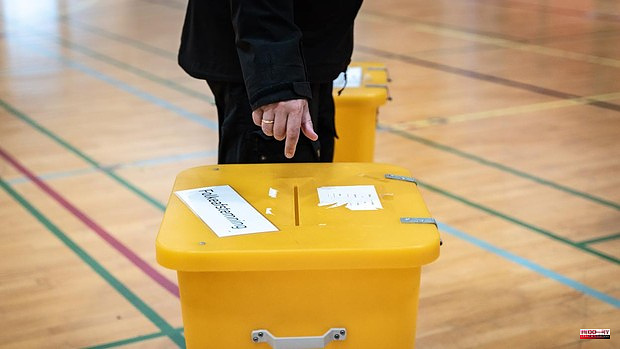 Denmark rejected the Maastricht Treaty in 1992 and approved it a year later subject to exceptions in terms of Defense and police and legal cooperation. But the Russian invasion of Ukraine and the new security paradigm in Europe has prompted a rectification of the Danes, who this Wednesday voted in a referendum by 66.6% in favor of adhering to the European defense policy, according to polls foot of the urn published by the public channel TV2, while only 33.4% would have voted against. Other projections, such as that of DR, pointed to an even broader yes victory, with an estimate of 69.1%. “We have to wait for the end of the vote count, but I think we can already say that it is a good result and that it will result in better security for Denmark”, declared, as soon as the polls closed, the Danish Minister of Defense, the Social Democrat Morten Bodskov, "I feel a kind of relief."

The referendum was announced ten days after the invasion of Ukraine and was held on Wednesday, the day on which the Russian energy company Gazprom definitively cut off the gas tap to the Danish operator Orsted. Denmark thus became the fifth country to which Putin withdraws gas supplies in retaliation for refusing to pay for deliveries in rubles, despite the fact that the established contracts determine that they must be paid in euros or dollars. In 2021, Gazprom supplied Orsted Salg

In these circumstances, only one political party had asked the voters not in its campaign, the left-wing formation Enhedslisten (Unity List), although according to the Gallup poll, only 46 of its supporters and affiliates would have finally voted against. .

“This is a very important result that countries across the continent are monitoring”, analyzed Lykke Friis, director of Think Tank Europe, “I am not saying that they are holding their breath or that no one goes to bed in Europe until they know that Denmark has voted yes, but that would be too much of an exaggeration. Although there is no doubt that the continent perceives this vote as one of the key pieces in the new security puzzle that is currently being put together, in response to the Russian invasion of Ukraine.

Until now, the defense exception meant that Denmark could not participate in EU military missions or in security-related discussions or negotiations. Nor could it become a member of the European Agency for Defense and Permanent Structured Cooperation (CEP). Its status as a member of NATO has reduced the real impact of this exclusion, since in this way it has participated in European military missions under the flag of the Alliance, the UN or subordinated to other countries, but the new security situation has led to the government to consider that status insufficient. In fact, five political forces that together represent almost three quarters of the total Parliament have defended the yes in the referendum. The Danish Prime Minister, Mette Frederiksen, has directly appealed to the war as the direct cause of this decision and has insisted on the need to strengthen European cooperation and assume "greater responsibility" for their own security. "Everything indicates that, after 30 years, the Danes have eliminated the renunciation of European defense and this is a serious advance," said Soren Pape, head of the opposition Conservative Party, who also welcomed the fact that that "Denmark follows the line of movement that neighboring Finland and Sweden have also undertaken."

1 'Cantar del Mío Tajo', the tribute to the... 2 Biden sends to Ukraine the missile systems requested... 3 These are the cheapest hours of electricity this Thursday,... 4 Cilic turns off Rublev and will play the Roland Garros... 5 Abascal proposes to apply 155 in a "permanent... 6 Dua Lipa, from millennial diva to global star at the... 7 Messi guides the triumph of Argentina in the 'Finalissima'... 8 The Rolling Stones' Ultimate Immortality Lesson 9 Ruud defeats young Rune and will play Cilic for the... 10 Don PX Cosecha 2019: the emblem of the winery 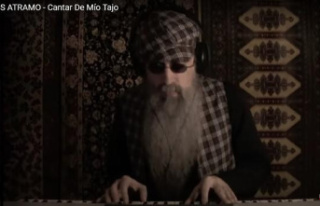 'Cantar del Mío Tajo', the tribute to the...