Unions, employers and the AMB approve 420 recipes to reactivate the metropolitan economy of Barcelona

The plenary session of the Barcelona Metropolitan Area (AMB) approved this Tuesday afternoon the conclusions of the Economic Reactivation and Reindustrialization Table, which includes 420 actions that outline the metropolis of the future. 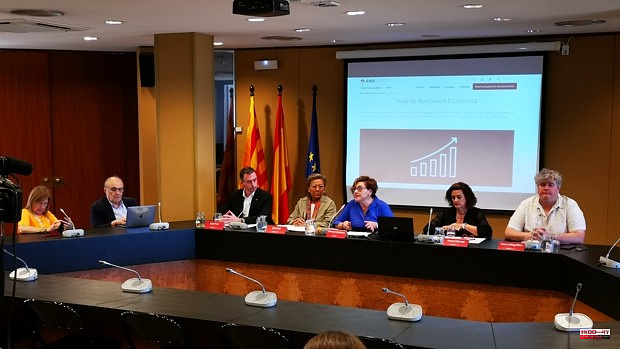 The plenary session of the Barcelona Metropolitan Area (AMB) approved this Tuesday afternoon the conclusions of the Economic Reactivation and Reindustrialization Table, which includes 420 actions that outline the metropolis of the future. Some measures that have been previously agreed with the employers Fomento del Trabajo and Pimec and the CCOO and UGT unions.

The Barcelona metropolis is the largest economic hub in Catalonia, with 43% of the total population generating 55% of GDP and 52% of employment. With the pandemic, this supra-municipal administration has become more prominent, for example, with a proposal for police coordination "because the bad guys are very mobile and the limits of municipal powers prevent them from responding," Pimec stresses.

AMB has also been anticipated as a single window to grant public aid for housing rehabilitation. Now it is taking another step to promote post-Covid economic growth and promote the technological transition of the industry in the face of the national pact of the Generalitat, which is stuck.

But the purposes collide with reality and, in addition to verifying the lack of coordination of policies and administrations, as Aurora Huerga, from CCOO, has done, the existence of obstacles has been revealed. Among them, Rosa Fiol, from Fomento del Trabajo, has complained that two lines of development of the industrial estates, such as the energy communities and the urban economic promotion areas (APEU), "are stopped due to the legal difficulty of its development", to the point of stating that "we legislate, but everything becomes more complicated, when it should be more facilitating and accessible for companies".

Another aspect that worries the social agents is how to "land" the Next Generation European funds. The representative of the UGT, Omar Miguillón, has said that in Catalonia "only 20% has arrived on the ground and in the rest of Spain 40%, while Portugal has already allocated 70% of its funds for reindustrialization and we have to bear in mind that they are our competitors in the Mediterranean». Joan Pera, from Pimec, confesses to being "afraid that these funds are a lost opportunity" and has revealed in this sense that in a meeting last Friday with 150 businessmen, "only one had received European funds"

The promotion of public transport and mobility has also been underlined as essential in this transformation of energy (less pollution) and industry, in addition to the need to promote professional training geared towards the new needs of companies, with shorter courses for that young people can be employed soon, at the proposal of Fomento. Another axis is digital skills, for example, of proximity commerce compared to large internet platforms, in addition to achieving the decentralization of the tourist model of the city of Barcelona towards the whole of the metropolitan area.

In Pera's opinion, the collaboration of the cultural and leisure sector with tourism and commerce is essential to generate "an innovation ecosystem". In specific trade matters, the representative of Pimec has called for "recognizing the reconversion situation that the entire sector is going through, favoring non-traumatic exits for those who cannot or do not want to continue their activity."

The document also advocates modernizing industrial estates so that their uses are diversified and there is greater flexibility and versatility. Fiol recalled that "we have been industrialists for many years and that is an advantage that we must know how to take advantage of". To relaunch the industry, the Development representative has pointed out the need for the polygons to have adequate services, starting with mobility, because most lack public transport for workers. At this point, the UGT representative pointed out that the high price of housing in Barcelona has forced citizens to move their residences further and further away from their workplaces, being forced to travel in private vehicles in the absence of transport.

In terms of training, Pimec has recalled that at the Vocational Training Congress of Catalonia it has been shown that the educational pyramid is based on 40% of citizens with higher and university education, another 40% with primary education and only 20 % of training cycles, while in the countries of our European environment training in VT rises to 40%, reducing the proportion of the population that only has basic studies.

1 The Bank of Spain urges the Government to withdraw... 2 They ask for 60 years in prison for the man who attacked... 3 Errejón forced supporters to make donations to finance... 4 'La Plazuela' reaches maturity with the... 5 The Government warns the Xunta that to obtain the... 6 Diversity València Festival is officially presented... 7 Denmark approves joining the European Union's... 8 'Cantar del Mío Tajo', the tribute to the... 9 Biden sends to Ukraine the missile systems requested... 10 These are the cheapest hours of electricity this Thursday,... 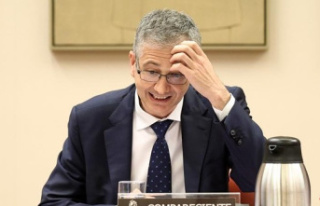 The Bank of Spain urges the Government to withdraw...