Diversity Valencia, the international festival that "celebrates the difference", was officially presented this Wednesday at a press conference held at the Center del Carme Cultura Contemporània in the Valencian capital. 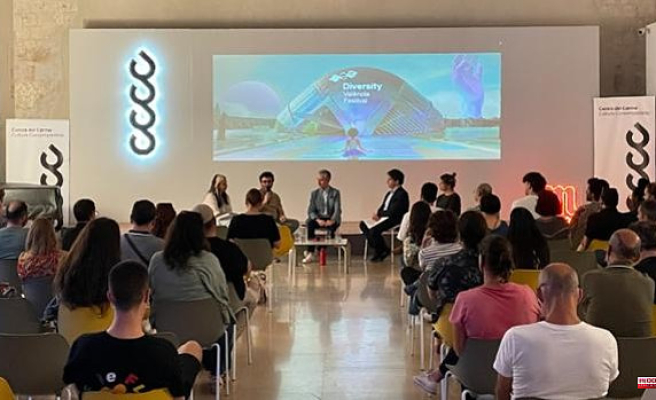 Diversity Valencia, the international festival that "celebrates the difference", was officially presented this Wednesday at a press conference held at the Center del Carme Cultura Contemporània in the Valencian capital.

The presentation was attended by the director of the Center del Carme, José Luis Pérez Pont; the regional secretary of Tourism of the Valencian Community, Francesc Colomer; the director of the Diversity València Festival, Jesús Lumbreras; of the director of Communication of the event, Mar Gallego; and the local brand manager of Vibra Mahou, Joana Alonso Dal Monte.

From the 21st to the 23rd of July, the City of Arts and Sciences will witness an unprecedented program that will host renowned artists and exclusive shows in Spain.

Three large stages and several clubs inside the spectacular venue reflect the commitment to give Valencia a window of access to international musical phenomena at this great event.

The complete program includes long-awaited performances such as that of the fashionable band Måneskin, which will star in one of the few full concerts that the Italian group will give in our country in 2022. The legendary godfather of punk, Iggy Pop, plus Black Eyed Peas, H.E.R. (in his first time in Spain with an exclusive performance for the Festival), OZUNA, Nicki Nicole, Armin van Buuren, Martin Garrix and AURORA are some of the most anticipated international presences at the big event.

Also exclusively, the concert by Koffee, Jamaican singer, rapper and DJ. Grammy winner for best reggae album. The only woman in history and the youngest person to win this award.

In addition to the performances on the main stages, 18 DJs will star in several live shows and electronic DJ sets with international and national presence that will take place in two of the internal clubs that the Festival hosts. The MYA CLUB and MYA EXPERIENCE spaces will count from 7:00 p.m. to 2:00 a.m. with alternate performances of the Diversity Up Sessions. Among them, the Dj Sets of Gary Powell (from The Libertines), Dave Rowntree (from Blur) or Simon Rix and Nick 'Peanut' Baines (from Kaiser Chiefs).

In total, a program with more than 50 musical shows for 3 days and 3 exclusive shows that will be completed, as announced by the Festival team, with the new confirmation that will be made public in the coming days and that will consist of a single concert by an international star.

Also in the presentation of the festival, the Tribute to AVAPACE has been announced, which will be starred in the event by the Valencian band Dekúbito Prono and the Supinos. A short tribute concert to the Valencian Association for Helping Cerebral Palsy, which in 2022 is celebrating its 50th birthday after an extensive career being the company and support of many people.

To do this, the most musical initiative that the association has at the moment is incorporated into the line up, in which people with cerebral palsy come together in the form of a band under the name Dekúbito Prono and the Supinos.

A brief but warm performance on the same stage where the Rising Stars (artists from the Community) and the performances of different transition DJs will parade. Music and encounter as ways of expression and healing in the festival that celebrates differences.

The presentation ceremony ended with a performance by the Valencian artist Sandra Monfort -who will also perform at the festival- and with an appetizer courtesy of Vibra Mahou.

The festival also aims to be a place for social awareness and diversity as a transversal axis through music. This has been confirmed by the director of the Festival, Jesús Lumbreras, who has highlighted the importance of festivals as a natural tool for inclusion and social transformation and how the axis of diversity makes it possible to influence it from the cultural, artistic and musical manifestation.

Thus, Diversity València Festival will address in future editions other disciplines that will be incorporated into this festive cocktail of social awareness that will go beyond the musical celebration.

Lumbreras has highlighted the heterogeneous and unique character of a Festival that is committed to a different concept. The very excuse of diversity, he points out, leads to breaking the usual rules in which events of these characteristics are registered.

Along the same lines, the director of Communications for the event, Mar Gallego, has spoken, who has once again stressed the heterogeneity of the musical genres present and who has described the line up as transgressive, committed, iconic and intergenerational; without ever losing sight of the commitment to the highest musical quality.

For his part, the Autonomous Secretary of Tourism of the Valencian Community, Francesc Colomer, stressed that "the success of a festival is always aligned with the city that hosts it, its image and the people who organize it, and here they have been able to get it right to find the right emotions. In addition, he has emphasized the importance of music festivals. Along these lines, he stressed that "the world without festivals would be a sadder and more tedious space" and in this sense he pointed out that "the world will be a kinder and happier place after Diversity, because this is a festival with values, that is born with authenticity, love, freedom and beauty».

Likewise, the director of the Center del Carme Cultura Contemporània, Jose Luis Pérez Pont, stressed that the institution wants to "give a voice to all those initiatives that promote diversity and plurality in any of its areas". “We are known for supporting young and transgressive proposals capable of making the public reflect, that is why we love being part of the Diversity Festival hosting their presentation”, he added.

The Local Brand Manager of Vibra Mahou, Joana Alonso Dal Monte, was also present at the event. As the sponsoring brand of the international Festival, Alonso has highlighted that for Mahou, meetings between people are essential to live better. In this sense, its Brand Manager has pointed out that Vibra Mahou -the music platform of Mahou Cinco Estrellas- joins the great festival of diversity, bringing artists and the public closer together and promoting unique experiences to live unforgettable encounters around the live music.

Tickets for the Diversity València Festival can be purchased both at See Tickets and on the festival's website: diversityvalencia.es.

1 Denmark approves joining the European Union's... 2 'Cantar del Mío Tajo', the tribute to the... 3 Biden sends to Ukraine the missile systems requested... 4 These are the cheapest hours of electricity this Thursday,... 5 Cilic turns off Rublev and will play the Roland Garros... 6 Abascal proposes to apply 155 in a "permanent... 7 Dua Lipa, from millennial diva to global star at the... 8 Messi guides the triumph of Argentina in the 'Finalissima'... 9 The Rolling Stones' Ultimate Immortality Lesson 10 Ruud defeats young Rune and will play Cilic for the... 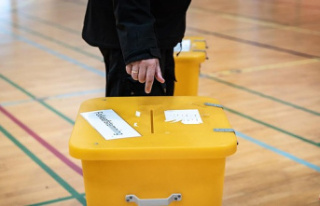