"We are going to be poorer than we were before the war in Ukraine and that is an inescapable reality. 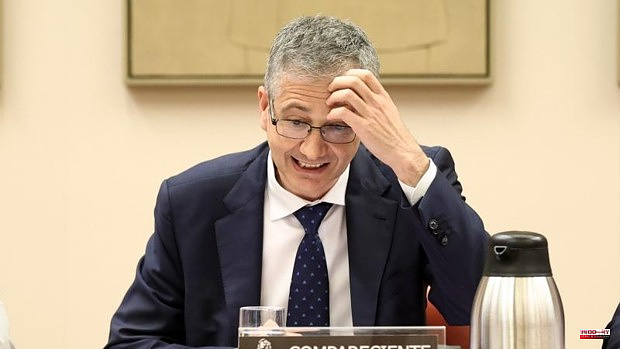 "We are going to be poorer than we were before the war in Ukraine and that is an inescapable reality." The Governor of the Bank of Spain, Pablo Hernández de Cos, did not go to Congress this Wednesday to stroll through the avenues of what is politically correct, but rather to crudely expose the risks – neither few nor insignificant, according to his presentation – faced by the Spanish economy in the coming months and to propose the recipes that the State institution that has gained the most prestige in the succession of 'shocks' in recent years considers most appropriate to overcome them.

Among them, Hernández de Cos has urged the Government to withdraw the burdensome tax aid – whose cost can go up to 12,000 million euros if it is maintained until the end of the year, according to estimates by the Minister of Finance – adopted by the Government to cushion the impact of rising energy bills in recent months.

Included in this package is the reduction from 21 to 10% of VAT on electricity, the suspension or reduction of taxes on electricity and, of course, the general discount of 20 cents on the price of gasoline and diesel. Measures of an overly general nature, argued the governor of the Bank of Spain, that do not respond adequately to a crisis that, as the institution has been emphasizing for months, is having very diverse effects depending on the business sectors and the income profile of families and that, in The latter case is particularly affecting households with a lower income level.

The governor has advocated before the honorable Members for a much more selective approach to this aid to direct it to the groups that need it most and to avoid further stressing the already overloaded public coffers, in a situation of high vulnerability with a debt of 118% of GDP and a deficit close to 7%. "The rest of the measures (that do not meet these characteristics) should be withdrawn", he assured this afternoon in his appearance before the Economy Commission of the Congress of Deputies.

It has done so on the same day that the President of the Government, Pedro Sánchez, announced the extension of that fiscal package beyond June 30, although everything points to a much more selective approach focused on the most affected business sectors. and in households with lower incomes.

De Cos has confirmed in Congress the hardening in the tone of the Bank of Spain's messages that has been perceived in recent weeks. Especially when it comes to the failed 'income agreement'. Before the deputies, he has shown his concern about what he has defined as "an exhaustion of the implicit income pact" that has allowed Spain to get out of the great financial crisis of a decade ago and has requested a great social pact, which not only moderates the business margins and wage increases for workers, but include pensioners and civil servants to "distribute the loss of income caused by inflation".

The governor has warned that the rise in underlying inflation in recent months reveals that companies are beginning to transfer the increase in their costs to prices and that the generalization of salary review clauses is going in the same direction. "If all agents choose to avoid this loss of income, an inflationary spiral will be provoked with much more negative effects for the economy, companies and households."

1 They ask for 60 years in prison for the man who attacked... 2 Errejón forced supporters to make donations to finance... 3 'La Plazuela' reaches maturity with the... 4 The Government warns the Xunta that to obtain the... 5 Diversity València Festival is officially presented... 6 Denmark approves joining the European Union's... 7 'Cantar del Mío Tajo', the tribute to the... 8 Biden sends to Ukraine the missile systems requested... 9 These are the cheapest hours of electricity this Thursday,... 10 Cilic turns off Rublev and will play the Roland Garros... 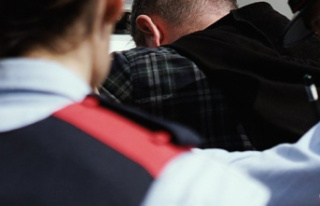 They ask for 60 years in prison for the man who attacked...