For a long time, the Xunta has been opposing the management that the central Executive carries out in the maritime-terrestrial public domain. 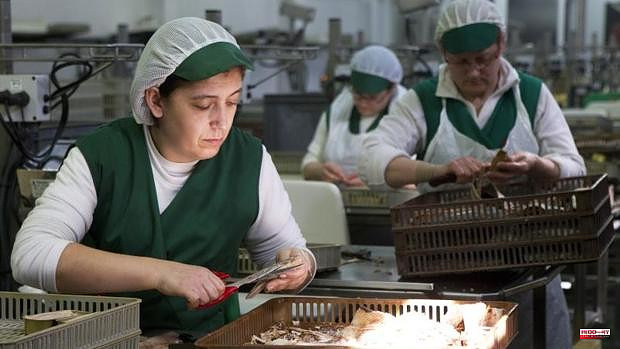 For a long time, the Xunta has been opposing the management that the central Executive carries out in the maritime-terrestrial public domain. In recent days, the Ministry of the Environment has raised its voice in the face of the refusal to completely cede the powers of the coast. But the Government does not give its arm to twist. The sub-delegate in Pontevedra, Maica Larriba, insisted that if Galicia wants to obtain them, the only way is to modify the Statute of Autonomy so that it contemplates it.

In statements offered to the media after co-chairing the Cambados local security board, on the occasion of the LXX Festa do Albariño, Larriba thus responded to the complaints expressed by the Ministry. Environment maintains that they have been transferred to other communities.

"I want to make it clear that all the autonomous communities that have transferred these powers, have them transferred because the statutes contemplate it," stressed the sub-delegate of the Government, to deny that the General Directorate of Coasts "grants or rejects" this issue. "The Xunta knows perfectly well that, if it wants the powers over the coast, the first thing it has to do is modify its Statute of Autonomy," she insisted, according to Ep. It is a "condition sine qua non," Larriba stressed. An eventual reform of the Statute of Autonomy would require, according to the same text in its article 56, the approval in the Galician Parliament by two thirds (50 deputies), as well as the green light of the Congress and the citizens through a referendum.

On the other hand, the sub-delegate of the Government in Pontevedra responded to the Xunta to its warnings about the supposed threat that the decisions of the central Executive pose for the sea-industry chain, as pointed out by the Minister of the Sea, Rosa Quintana, during a visit carried out on May 9 at the port of Tragove, in Cambados. Larriba explained that last Tuesday the general director of Costas, Ana María Oroño, held a meeting with the National Association of Canned Fish Manufacturers (Anfaco) and the Galician Association of Mollusc Purifying Entrepreneurs (Agade), to convey the "maximum tranquillity' on the concessions in Tragove.

“All the renewals and new concessions in the maritime-terrestrial public domain, a total of 54, have been approved so far without any problem,” stressed the sub-delegate, to defend that it is “totally false” that Costas “endangers” these businesses and ask the Xunta to stop "alarming". In this line, Larriba insisted that, in the initial report of the port of Tragove, "Costas makes it clear that it is a document that indicates where the urban report should be corrected", in a process that has "two steps". “This initial report indicates the changes that must be made so that the use plan can be approved in the final report without any problem,” he argued, since “the only thing” that the Government requested was that the drafter of the plan “do his job well.” work and clearly specify the justification for certain industries in the port'.

The sub-delegate promised that Costas will carry out "all the concessions" if the plans of the rest of the administrations involved "duly justify their need for location" in the maritime-terrestrial public domain. "Because the Coastal Law of 1988 and the subsequent reform made by the Popular Party in 2013 clearly say so," concluded the Government sub-delegate.

1 Diversity València Festival is officially presented... 2 Denmark approves joining the European Union's... 3 'Cantar del Mío Tajo', the tribute to the... 4 Biden sends to Ukraine the missile systems requested... 5 These are the cheapest hours of electricity this Thursday,... 6 Cilic turns off Rublev and will play the Roland Garros... 7 Abascal proposes to apply 155 in a "permanent... 8 Dua Lipa, from millennial diva to global star at the... 9 Messi guides the triumph of Argentina in the 'Finalissima'... 10 The Rolling Stones' Ultimate Immortality Lesson 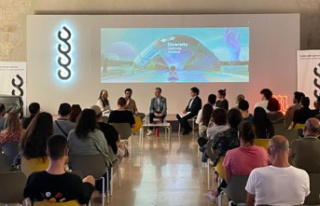