Errejón forced supporters to make donations to finance his party

The war between the heirs of Manuela Carmena will reach its most virulent point this Thursday. 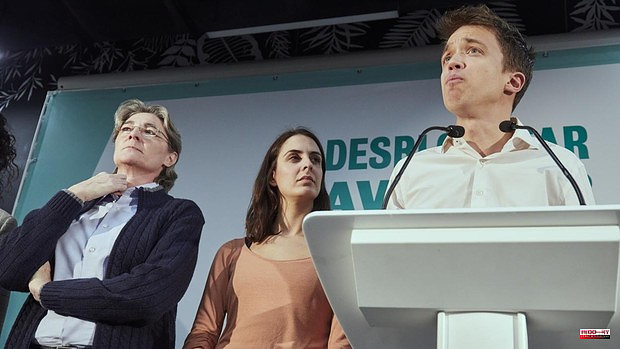 The war between the heirs of Manuela Carmena will reach its most virulent point this Thursday. The split mayors of Más Madrid will go from threats to facts: they will formalize a complaint in the morning before the Court of Auditors for "illegal financing" of the party led by Íñigo Errejón. The court will have to verify whether the "mandatory" donations required from neighboring advisers and members - people who represent the municipal groups in the plenary sessions of the districts of Madrid capital - were irregular. In retaliation for those who refused to pay what was de facto a monthly fee, like the one that any member of a classic party executes, they were relieved of their posts, according to the termination letters - which ABC has agreed to - in those who communicated their dismissals and this has also been ratified by the courts in several sentences consulted by this newspaper.

Those who lived from within the hasty electoral campaign in which Errejón launched his candidacy for the Congress of Deputies maintain that the leaders of the formation made two serious mistakes. Actions that have been brought to the attention of Justice so that it can determine whether or not they were illegal. On the one hand, they denounce that the leaders of Más Madrid held a "fictitious assembly" and notarized the minutes for the creation of the Más País brand. And on the other, that they forced supporters of Carmena's platform to pay through donations the expenses of the newly founded party of which the complainants did not want to be a part.

Errejón authorized the expenditure of 550,000 euros for the electoral campaign of 10-N. Some elections that ended with a more than brief result: they only obtained two deputies for Madrid. The third was for the Valencian Community, for the Compromís quota. From that moment on, the countdown began to return the microcredits and all the current expenses of the training, but the state subsidy did not cover the expectations raised by a long shot.

According to the sources of Más Madrid consulted by this newspaper, the rest of the candidates -such as Galicia, Catalonia or Andalusia- hid behind the lack of representation to avoid repaying part of the debt generated. That is why the Madrid faction assumed the entire amount and activated the so-called "financial letter" to donate part of their public salaries.

The differences between the sector of Rita Maestre and that of Marta Higueras -the one who was Manuela Carmena's right hand- began to be outsourced then. Higueras refused to allow neighboring members and advisers to make these payments and proposed that the debt be assumed by elected officials, the only ones authorized, as stated in the party financing law. For the rest of the assumptions, she demanded that the payment be voluntary and be used only for expenses derived from municipal work in the districts or, if they preferred, donated to an NGO.

It is in this nuance where the crux of the matter lies. The former mayor and Errejón attended the municipal and regional elections of May 2019 with an instrumental party, a platform that lacked the usual political formation structure. But once Carmena left politics, the majority sector - led by Rita Maestre - began to build those bases. By having more than two-thirds of the support within the municipal group, Maestre managed to overthrow Marta Higueras - right hand of the former judge - from the spokesperson for the municipal group. Those who refused to join this new formation -which replicated the same name as the original, Más Madrid-, were also asked for these "mandatory" donations.

In the brief that they present today before the Court of Auditors, the Carmenista mayors argue that the Civil Code defines donation in article 168 as "an act of liberality by which a person freely disposes of one thing in favor of another, which you accept". “It is evident that the financial letter does not constitute an act of generosity since it is obliged to do so and since it is obligatory, it is no longer considered a donation,” they maintain.

In addition, they argue that the fact that it is not a voluntary amount, but assessed (13% of the remuneration received) and that it is not a one-time act, but monthly, points rather to the figure of a fee instead of a donation. . The party financing law was modified in 2015 and its article 2 was toughened, in which it indicates that “fees and contributions” can only be made by affiliates. There is only one exception to the rule, which is in the fifteenth additional provision: «Contributions made to political parties by non-affiliated persons who have the status of elected officials, senior officials of all public administrations, are considered for all purposes when so manifest the contributors.

Therefore, it only affects the elected, that is, deputies and councilors or senior officials, but a priori non-affiliated supportive advisers or neighbors would not be under this denomination. The money collected, likewise, was not received by the municipal group, but by the More Madrid party, whose current account was in the name of More Country.

«In the electoral campaign of 26-M there was already a huge fissure. We did not want to participate in a classic party, a United Left 2.0, Manuela was always very critical of that, because they become sects, "one of the nine neighboring members who was dismissed for refusing the payment of the donation contemplated in the financial letter. "They passed the roller, that's why we decided to stay out," he adds.

«In the month of May -2020- a financial letter was agreed with a contribution of 10%. I do not understand who and when has decided to raise the contribution to 13% without prior consultation or consensus », he expressed in writing after his quota was claimed by letter. The unemployment situation was an excuse to contribute this subscription, however, in his case the dismissal was carried out equally. That is why he went before the contentious-administrative courts and the Justice forced him to be restored to his position. "The real reason for the dismissal seems to be the breach of the obligation to pay the financial letter, which incorporates an illegal mandatory donation for the financing of a party to which none of the actors is affiliated," the ruling indicates. He was only one of the nine neighboring members - who charge between 400 and 900 euros depending on whether they are spokespersons in the districts or low members - to whom the Justice agreed.

Asked about this issue, sources from Más Madrid stress to ABC that “it is a party that is financed through donations made by supporters, public officials and their workers. It is a commitment that is acquired as a public office. “We are very proud of it and of our independence,” they stress. «The accounts of the municipal group are sent every year to the General Intervention of the Madrid City Council and are published on the municipal website. The Court of Accounts audits the accounts of Más Madrid every year. We are up to date with the Court of Auditors, “they maintain.

For those denounced "everything is one lie after another": "What is a resounding truth, and this has been recognized by the Justice, is that Almeida created an illegal mixed group and this is only part of that strategy of trying to divert attention and generate noise. The only party that has been financed irregularly in Madrid, and has been condemned for it, is the Popular Party”, they launch on the formation of José Luis Martínez-Almeida.

All the public officials of Más Madrid at the regional and local level have attributed this complaint to a maneuver of "three turncoats in cahoots" with the mayor of Madrid. They have framed all the complaints in "hoaxes". In this battle of crossed accusations between those who one day shared the government, Justice will once again have the last word. All this less than a year before the elections.

1 'La Plazuela' reaches maturity with the... 2 The Government warns the Xunta that to obtain the... 3 Diversity València Festival is officially presented... 4 Denmark approves joining the European Union's... 5 'Cantar del Mío Tajo', the tribute to the... 6 Biden sends to Ukraine the missile systems requested... 7 These are the cheapest hours of electricity this Thursday,... 8 Cilic turns off Rublev and will play the Roland Garros... 9 Abascal proposes to apply 155 in a "permanent... 10 Dua Lipa, from millennial diva to global star at the... 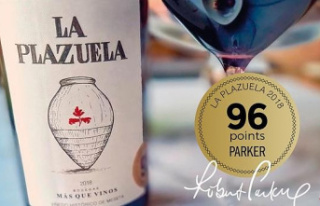 'La Plazuela' reaches maturity with the...