The indicators are better than the national average, but Galicia must not lower its guard in the face of challenges such as employment and human capital. 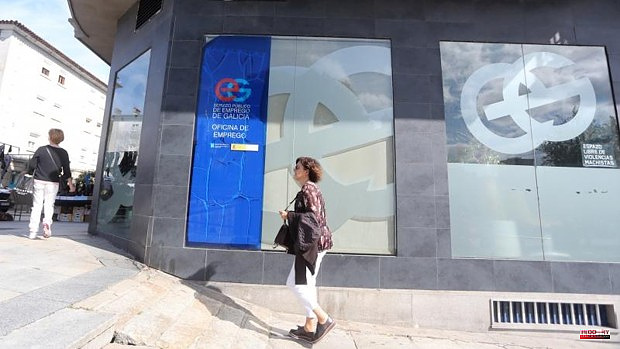 The indicators are better than the national average, but Galicia must not lower its guard in the face of challenges such as employment and human capital. This was reported this Wednesday in La Coruña by the adviser to the Bank of Spain's General Director of Economy and Statistics, Javier Vallés, who came to the city to present the institution's Annual Report for 2021. The document addresses the economic challenges that Spain is facing after the coronavirus pandemic or the explosion of the war in Ukraine with all the collateral damage that it is causing.

In an act at the headquarters of the Bank of Spain in the Herculean city and with the presence of political representatives, businessmen, professionals from the academic field and the media, Vallés stressed that Galicia is "relatively better than the national average".

He recalled that the Community has an unemployment rate of 11% compared to 13% at the national level and that it is also "somewhat better in terms of temporary employment." However, he warned of threats related to human capital, such as young people between the ages of 18 and 24 leaving their studies early, according to Ep.

The challenges of this autonomous community are, in his opinion, the same as at the state level. Vallés alluded to the creation of employment and the reduction of the rate of unemployment and temporary employment; human capital or "the necessary fiscal consolidation". In particular, regarding the Galician case, he insisted on the importance of addressing the "challenges" of digitization, aging and climate change. "It is not the most disadvantaged region in Spain," he pointed out, however, in relation to this last question.

At the press conference, the representative of the Bank of Spain also recalled the "concern" about "high inflation" and warned that it could lead to "losses of competitiveness if it continues". Vallés also referred to the so-called income pact, which would mean a moderation of wage increases in a context of high inflation to try precisely to prevent prices from continuing to rise. Along the same lines, the adviser to the General Director of Economy and Statistics addressed the policies on fiscal matters. In both matters, he assured that the Bank of Spain considers that it should serve "the most vulnerable groups, but focused" on them and "temporarily".

1 Unions, employers and the AMB approve 420 recipes... 2 The Bank of Spain urges the Government to withdraw... 3 They ask for 60 years in prison for the man who attacked... 4 Errejón forced supporters to make donations to finance... 5 'La Plazuela' reaches maturity with the... 6 The Government warns the Xunta that to obtain the... 7 Diversity València Festival is officially presented... 8 Denmark approves joining the European Union's... 9 'Cantar del Mío Tajo', the tribute to the... 10 Biden sends to Ukraine the missile systems requested... 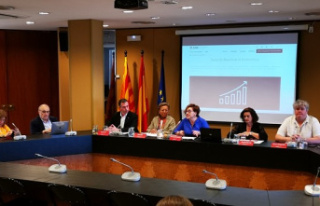