Nicolás Maduro entrusted him with being the voice of the Venezuelan regime at the Summit of the Americas in Los Angeles, and he did so, also adding the defense of Castroism in Cuba. 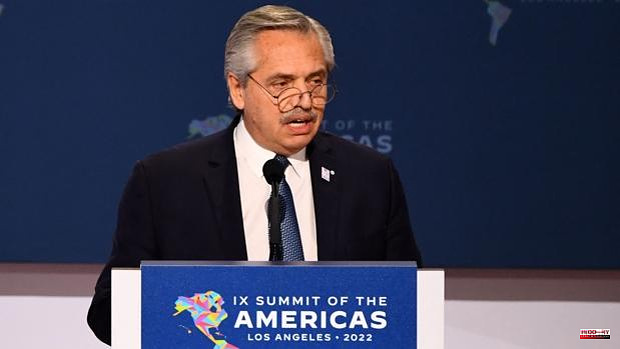 Nicolás Maduro entrusted him with being the voice of the Venezuelan regime at the Summit of the Americas in Los Angeles, and he did so, also adding the defense of Castroism in Cuba. The Argentine president, Alberto Fernández, took the floor at the inaugural plenary session on Thursday, June 9, and said, already pointing out where his speech was going to go from the beginning: «I am sorry that not all of us who should be in attendance were able to be present. this environment so conducive to debate'.

In case there were any doubts about what Fernández meant, who had already pressed for the Castro and Chavista regimes to be at this summit, he added: “Cuba supports a blockade of more than six decades imposed in the years of the Cold War and Venezuela tolerates another while that a pandemic that devastates humanity drags with it millions of lives.

With measures of this type, it is sought to condition governments, but in fact, only the peoples are hurt.

Joe Biden and Kamala Harris looked intently at the speaker, with a rather serious expression, while he blurted out: “We definitely would have wanted another Summit of the Americas. So that this does not happen again, I would like it to be established in the future that the fact of being the host country of the summit does not grant the ability to impose a right of admission on the member countries of the continent.

At the III Summit of the Americas, held in Canada in 2001, the attendees agreed that invitations should be extended to those leaders who were within the democratic framework.

After much push and pull, and pressure from both Argentina and Mexico, Biden decided not to invite the dictators of Cuba, Venezuela and Nicaragua. Due to that decision, the Mexican López Obrador was absent, and set as a condition to send his foreign minister, Marcelo Ebrard, that the US not invite the opponent of Chavismo Juan Guaidó as a representative of the European people. Asked in a hallway, Ebrard told ABC that he did not make any conditions. "It's just about inviting everyone, nothing more," he said.

The Argentine Fernández did attend, and as has been seen, he made sure that the point of view of the Castro-Chavista axis was represented. "President Biden," he said, looking at the American, who was to his left, "the years prior to his arrival in government were marked by an immensely damaging policy for our region deployed by the Administration that preceded. It is time for those policies to change and the damage to be repaired.”

The Argentine was referring to Trump's tightening of the embargo on Cuba and its sanctions against Chavismo. Biden has partially lifted those sanctions, both on Cuba and Venezuela.

Fernández also dedicated a direct criticism to the secretary general of the Organization of American States, Luis Almagro, also president in the auditorium of the Los Angeles Congress Center and a repeat defender of the need for regime change in Havana and Caracas. "The OAS, if it wants to be respected and return to being the regional political platform for which it was created, must be restructured by immediately removing those who lead it," said the Argentine.

Fernández ended his speech by inviting Biden to the next CELAC summit, of which he is the current president. Founded by Hugo Chávez and Evo Morales, CELAC [Community of Latin American and Caribbean States] includes all the active rulers of Latin America and the Caribbean.

1 Every Cinderella gets her prince: José Tomás reactivates... 2 M Clan: «During the pandemic we went to the hotel... 3 The phenomenon 'Champions' arrives on the... 4 The ignored trail of the Jews in Spain after their... 5 Juan Guaidó: "Maduro is very difficult to bypass... 6 Yagidne, the town taken as a "human shield" 7 Entrepreneurs trapped by the crisis with Algeria:... 8 Asia AP Week in Pictures 9 Interior drags more than 400 sentences for arbitrariness... 10 Rifirrafe in the Government for the rise in prices:... 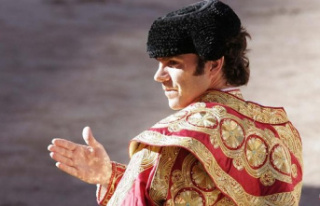 Every Cinderella gets her prince: José Tomás reactivates...