Entrepreneurs trapped by the crisis with Algeria: «We export 1,000 calves per month, hopefully the market assimilates it»

The interruption of trade relations with Algeria, due to the change in the Government's position regarding Western Sahara, has many SMEs among its victims. 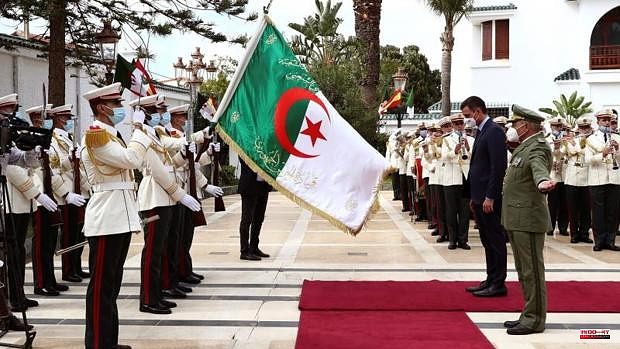 The interruption of trade relations with Algeria, due to the change in the Government's position regarding Western Sahara, has many SMEs among its victims. Last year alone, Spain exported 1,887.96 million euros to Algeria for 2,906.46 million in 2019, the last year before the pandemic. Entrepreneurs such as Josep Medina (Manusa) and José Luis Fernández (Ganados Ferru) see one of their most important markets in danger.

Fernández has assured in a conversation with ABC that "we export 1,000 live calves per month to Algeria, hopefully the market can assimilate it", referring to the European Union and countries such as Lebanon, Egypt and Libya. In addition, to all of the above is added that feed prices are historically high.

Specifically, of the 140 million euros that they have been billing annually, only Algeria already represents about 20 million. "It's a wreck," he noted.

For this businessman, who is a partner with his brother in an SME based in Madrid and whose livestock farms are located in Toledo, Algeria was a well-known area and to which they have been exporting since 2014. "It is a very agile market, where we already had the infrastructure created", lamented this farmer who mentions the advantage of proximity and transport costs. “Freight is very cheap, between 36,000 and 40,000 euros per ship, which is assumed by the client,” he explained to ABC. The imputation to customers from more distant countries of higher transport costs, he added, will surely make them lose competitiveness.

In this sense, the co-owner of Ganados Ferru has warned that the diplomatic and commercial crisis with the North African country may affect the price of beef. This also complicates the increases in the value of raw materials. In any case, the rupture between the two countries has caught him with the operations already closed: «This morning I spoke with our client in Algeria and we can no longer do anything. The problem is that this closure has caught you with the merchandise in the port or with a letter of credit already confirmed », he has warned about the limitations decreed on the outflow of foreign currency.

Nor are these easy times for Josep Medina, CEO of Manusa, whose company based in Sant Cugat del Vallés (Barcelona) manufactures and exports automatic doors and intelligent access to 90 countries. "We have quite a few markets, but in the case of Algeria it can be in the top 10", he has recognized about a nation to which they have been exporting for a decade. Specifically, this SME had been having a growing presence in sectors such as healthcare, especially due to its special doors for operating theaters and x-ray rooms in hospitals throughout the country. It also had clients in other activities such as retail, commerce and hotels. As part of this effort, the Spanish SME has also invested heavily in training the local partner in its products.

In this sense, he has recognized this medium that he fears for the link he has established with an important local distributor. "It is a relationship forged over the years and with a projection of growth and an increase in our relevance," he pointed out. What Medina fears is that if the rupture is prolonged, being forced to focus on other markets, other competitors may enter. "Companies are trapped in this situation, which has more to do with politics," he criticized.

Faced with the diplomatic crisis and the breakdown of friendship between the two nations, Medina is already working on a 'plan B': "We are working on alternatives and looking at other countries from which to derive, if feasible, our exports and products," explained this businessman who points to his subsidiary in Portugal as an option to keep his business in Algeria.

1 Asia AP Week in Pictures 2 Interior drags more than 400 sentences for arbitrariness... 3 Rifirrafe in the Government for the rise in prices:... 4 The commission of the assault on the Capitol accuses... 5 Trump: "January 6 represented the best movement... 6 Valle de la Riva: "Our goal is that these jewels... 7 Outcry in Soria against sexist violence after the... 8 Sánchez's "slaps" weigh down 38.6... 9 The Siro committees reach "an agreement in principle"... 10 Australia and New Zealand join forces to combat China's... 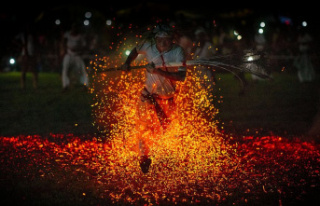