M Clan: «During the pandemic we went to the hotel at eleven at night... It was the anti-rock tour!»

The ability to adapt is the key to the evolution of the species, and also to survival in the world of music. 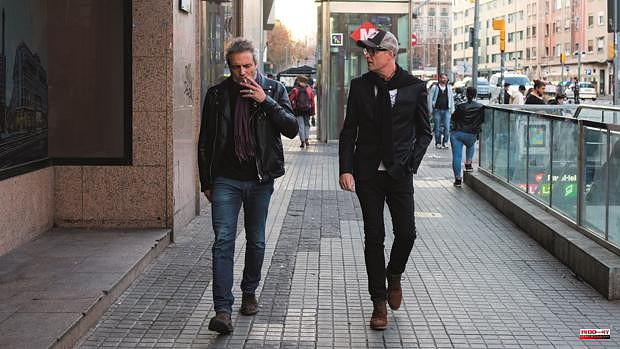 The ability to adapt is the key to the evolution of the species, and also to survival in the world of music. When Spain was beginning to recover from the pandemic punch and the live music circuit was still repositioning its jaw, the Murcians M Clan came up with the idea that the only way to go out and play was to do it with the only format that could resist any onslaught of the comings and goings with the restrictions. That is, as a duo and acoustically. That decision not only allowed them to work, but also to rediscover the emotion of their naked songs in a historical moment "that we hope will not be repeated", as their singer Carlos Tarque says, and also to consider the idea of ​​reflecting it on an album .

The disc remembers what is truly important in music.

It has been an album without pretensions. It is a reflection of the live show that we did as well as we could during the pandemic, and I remind you of that, the important thing: that if a song is sustained with a voice and a guitar, it works. That reflection was what led us to say, «this has to be recorded». Something that began as a way to save the furniture in order to continue doing what gives us life and what feeds us, ended up becoming something more. During the tour we began to realize that there was a special emotion, which made many fans like these concerts more than the electric ones. That there were no great logistics, did not prevent them from being great concerts. It was a more intimate way of connecting, although some were in the bullring with thousands of people.

I'm glad you say it, because we have done it with the greatest humility, without thinking about whether it would be a minor work or not. And it is not. It is a work to dry, with all its meaning. We have done well to bear witness to that moment, to what was happening in the world and to the value of music at that time. In the pandemic, everyone talked about how important art and music are in our lives. I don't want to say that they have saved us, but they have helped us not to go crazy. It is the food of the soul, a basic necessity good.

You have already done tours and acoustic albums, but this time, with the people so attentive due to distances and masks, has it been the one that has felt nudity the most on stage?

Yes, we have done this format more times, and we have already seen that people connect the same or more than with the electric one. But I had not seen so many people cry with emotion as on this tour. You looked into the eyes of the audience and almost felt the nudity on both sides.

Among the buyers of the disc they are going to raffle a very intimate concert, as they say, for the winner and a few companions.

Yes. I thought: «If I'm a fan of a group, and suddenly there's a knock on my house door and it's them telling me that they're coming to play for me and my friends, I'd find it scary». It is a way to motivate the purchase of records. Beyond collectors, music is not sold physically. And this seemed like a fun idea to stimulate him.

Did you go through many Kafkaesque changes in restrictions during the tour?

The situation itself was quite Kafkaesque. To finish a concert and there is no one in the dressing room, not even the promoter himself, is very strange. In the hardest times we went with the masks, we had to be careful with everything so as not to get infected, eating catering from sealed bags and things like that... We went to the hotel at eleven at night... Everything was very aseptic. It was the anti-rock tour! The good thing is that since I didn't talk to anyone, my throat held up very well the entire tour.

The recognition that society made towards musicians in the pandemic, will it be diluted?

When I saw so many people cry on this tour, I knew it wasn't because the concert was better or worse. It was because of the excitement of attending a public cultural event. The people who came to see us felt like the prisoner who comes out of jail and sees the sea after many years. Music, and this is not a cliché, has a special power. Let's hope that people don't forget that "how important music is". It is a sector that has been neglected, and there must be more aid because this industry is not a market, it is something else, and it has suffered two bloody years. If we don't take care of it, in a while we will miss it and regret it.

1 The phenomenon 'Champions' arrives on the... 2 The ignored trail of the Jews in Spain after their... 3 Juan Guaidó: "Maduro is very difficult to bypass... 4 Yagidne, the town taken as a "human shield" 5 Entrepreneurs trapped by the crisis with Algeria:... 6 Asia AP Week in Pictures 7 Interior drags more than 400 sentences for arbitrariness... 8 Rifirrafe in the Government for the rise in prices:... 9 The commission of the assault on the Capitol accuses... 10 Trump: "January 6 represented the best movement... 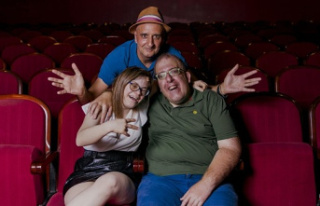 The phenomenon 'Champions' arrives on the...