The oppositions to the National Police have become a real judicial and economic fiasco for the Ministry of the Interior. 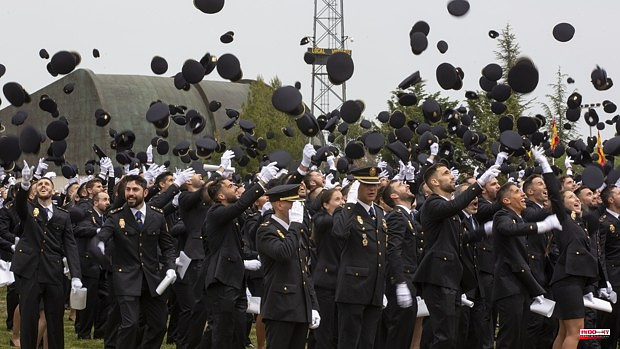 The oppositions to the National Police have become a real judicial and economic fiasco for the Ministry of the Interior. And above all for the applicants, many of whom already know that this process does not end with the last note, but in court. The same ones that have spent years giving the reason to hundreds of opponents who resort to Justice for the errors and arbitrariness of the General Directorate of Police (DGP), dependent on the ministry of Fernando Grande-Marlaska. Like the spelling test, several of whose questions end up in court after each call due to the efforts of the DGP to correct them, ignoring the Royal Spanish Academy (RAE) of the Language.

But spelling is not the only or the main reason why the DGP continues to face legal setbacks.

The Superior Court of Justice of Madrid (TSJM) has also already canceled more than 400 personal interviews in which it is decided whether police applicants are suitable from a personal and psychological point of view after passing physical and theoretical tests. And, what is more serious in a process that is supposed to be objective and impartial, the Justice has canceled all those interviews just for the opposite: because the DGP dispatches its assessment of these aptitudes with a "sparse, generic and poorly motivated" report. That is, arbitrary.

The TSJM has already notified 413 sentences for this matter and all in favor of the opponents, except for one in which the affected party did not provide sufficient arguments. Thus, the Madrid court has spent years forcing the General Directorate of the Police to readmit hundreds of applicants to the opposition whom it declared unjustifiably unfit.

All this without counting that each one of those resources that the Interior loses costs the public coffers up to 500 euros in legal costs, so that more than 200,000 go only for the cases already resolved and only for this part of the opposition. An expense that grows as the TSJM resolves hundreds of other identical resources that are still pending due to the spelling test and the personal interview of these oppositions.

The figures show that it is not an interpretation of some judges or isolated cases. Of these more than 400 sentences, up to 15 different magistrates have been rapporteurs and all are ratified unanimously by dozens of judges who have agreed with these opponents. And there could be thousands if all those not eligible for that personal interview had appealed to the same TSJM that has agreed with those who did. In fact, this test annulled by the Justice more than 400 times is why the Interior rejects an average of 800 candidates each year who reach that last phase of the opposition.

ABC has had access to several of these sentences and they all agree that the General Directorate of the Police scores the personal and psychological profile of these opponents based on "some assessments", most of them "merely generic", but "without There is no detailed and singular report on the different factors to take into account, ”insists the TSJM.

The magistrates recall with some weariness that it is the same as "we have already revealed in similar matters referring to the same selection process." For example, that "there is no assessment of the personality test" of the applicants, so many are discarded for alleged shortcomings that are later denied by independent psychological experts before the Justice. And so on up to 412 times – all but one – and those that are yet to come with the pending appeals that the TSJM will resolve in the same sense.

The sequence began in 2015, but has multiplied exponentially in the last four years. Only so far in 2022, up to a hundred of these sentences have already been notified, despite which the DGP persists in its arbitrary interviews. In another ruling this week, the TSJM is devastating in highlighting that opponents are rejected with a report "subjectively reasoned" and "with serious shortcomings", including that "it is not related to the personality test and hardly considers data biographical”. It even adds that this report "focuses on issues unrelated to the content of the interview itself", such as "disproportionate" negative assessments of the opponent by the examiners.

Ángel Galindo is the lawyer who represents many of those affected who have won in court what the Interior insisted on denying them. This lawyer explains to ABC that "the judges have been accrediting for seven years that this evidence is being valued arbitrarily and no one responsible for the Ministry of the Interior assumes responsibilities in the face of such a serious event." Galindo criticizes that "nobody makes decisions that change the current situation of this manifest injustice." All this in a Ministry of the Interior whose head is a judge by profession, like those who continue to knock down opposition to the National Police.

1 Rifirrafe in the Government for the rise in prices:... 2 The commission of the assault on the Capitol accuses... 3 Trump: "January 6 represented the best movement... 4 Valle de la Riva: "Our goal is that these jewels... 5 Outcry in Soria against sexist violence after the... 6 Sánchez's "slaps" weigh down 38.6... 7 The Siro committees reach "an agreement in principle"... 8 Australia and New Zealand join forces to combat China's... 9 Chinese fighter jet crashes into homes killing 1 10 West condemns death sentences for three Ukrainian... 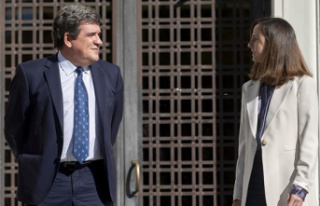 Rifirrafe in the Government for the rise in prices:...