Juan Guaidó: "Maduro is very difficult to bypass sanctions, not just oil ones"

Juan Guaidó, the 36-year-old interim president of Venezuela, recognized by almost 50 countries, met with Joe Biden this Wednesday while the president of the United States was traveling on his plane to Los Angeles to attend the Summit of the Americas. 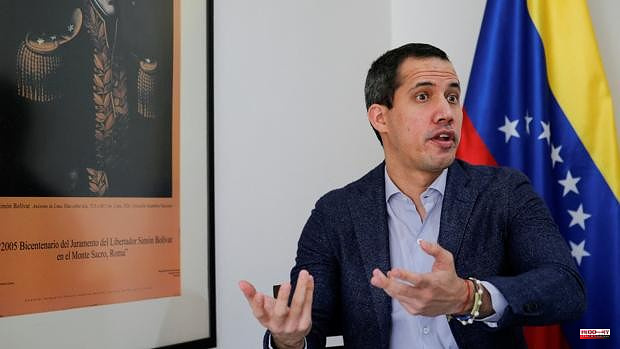 Juan Guaidó, the 36-year-old interim president of Venezuela, recognized by almost 50 countries, met with Joe Biden this Wednesday while the president of the United States was traveling on his plane to Los Angeles to attend the Summit of the Americas.

On the way, he spoke with the Venezuelan Guaidó, the president in charge of the country, who has granted an exclusive interview to ABC from Caracas.

The interim president appreciates the phone call made yesterday by the president of the United States, Joe Biden. In the conversation they compared the Russian invasion of Ukraine with that of Venezuela, except for the bombs, in which democracy has equally been shattered.

Both Guaidó and Biden spoke for 17 minutes this Wednesday afternoon aboard the US presidential plane.

in the video conference.

What did you discuss with President Joe Biden besides official business?

First we talk about the official, it is the most important thing, about Venezuela and the dictatorship, the National Assembly elected in 2015 as president in charge, strengthening the mechanism of dialogue in Mexico, the sanctions and what has been the support for Venezuelan emigrants , the defense of democracy in a very positive way. I appreciate your phone call to strengthen the democratic establishment in the region. Then we compare Ukraine with Venezuela. In Ukraine bombs destroy but in Venezuela they destroy infrastructure just as well without bombs.

Did he ask why you didn't invite him?

We talked about these issues, about the recognition of the dialogue for dialogue in Mexico, rather the possibility of achieving a comprehensive agreement, which has to do with sanctions and the recalibration provision, a term used by President Biden.

What does it mean to calibrate sanctions?

The same thing, the progressive lifting of sanctions if there are concrete steps in the agreement, but also maintaining or reinforcing them in case there is no progress towards a comprehensive agreement of the memorandum of understanding signed in Mexico last year before the government I will kick them in October.

What do you think of the position of Mexican President AMLO of not going to the Summit of the Americas for defending Venezuela, Cuba and Nicaragua?

Our absence at the summit has to do with the fact that the president of Mexico and his foreign minister insist on supporting the dictators and not the peoples who fight against tyrannies. I would like to believe that there is a confusion in the Mexican government when it defends dictators instead of the peoples that resist their dictatorships. It seems that there is a dilemma between democracies and authoritarianism.

How do you explain that in Venezuela there are two governments, yours and Maduro's, and neither was invited to the summit?

Here there is no government but a dictatorship. That is relativizing and trivializing evil, and there is a government in charge of a dictatorship fighting for free and fair elections to recover democracy. That relativization that Mexico makes is what harms democracy and disturbs.

Was it a Solomonic decision by the US not to invite you and not Maduro?

It was a tactical decision. For us it is not going nor was it in the right direction with the presence of the democratic delegation in Los Angeles. Even so, we appreciate the call from President Joe Biden that if he goes in the right direction, of recognizing him to our diplomatic representation; of his support! There is a need to recover democracy in Venezuela.

Is there any inconsistency in the US government in oxygenating Maduro with the approval of licenses for oil companies such as Chevron, Repsol, Eni and Total de France to operate in Venezuela, while saying that it will not lift or calibrate the sanctions?

No, the sanctions are maintained, what the US has approved are letters and not licenses, the so-called 'comfort letters' in English, which are not conditioned to dialogue in Mexico.

If the US is the owner of the sanctions and has taken certain steps or concessions to oxygenate the regime, such as allowing multinational oil companies to operate in the country, what has Maduro given in return?

What Maduro has given in return is to generate some bubbles in high-level socioeconomic areas, with casinos, bodegones, exclusive tourism, hotels and luxury life for an elite of "boligarcas or bolichicos", supported by 5% of a plugged-in population , where 94.5% of Venezuelans live in poverty.

Are the mafias that take advantage of the economic opening?

Is that sector enough to prop up Maduro economically?

No, by no means because the vast majority are left out of recovery. What we see in Venezuela is not only a distortion but an inequality of the economy, we have a very accentuated extreme poverty that has nothing to eat, child malnutrition, and there is a small leadership, and a layer of entrepreneurs who survive.

Under these conditions, why is Maduro going to a dialogue if he doesn't need to because he doesn't care about the conditions in which Venezuelans live?

That is a good question. In truth, Maduro does not care what Venezuelans say. Theirs is to stay in power at any cost.

What has the pressure of sanctions been for if they have not yet removed Maduro from power?

It is the dictatorship of Maduro.

But does Maduro not care about being a dictator and clings to power and as long as he has no reason he will not go to dialogue with you?

I get asked that a lot. There is a small allied sector that pressures Maduro to survive.

Has the pressure of the sanctions served to make them go to dialogue?

What are sanctions for then?

Ask Putin in his war against Ukraine. We are aware that Maduro is not interested in the well-being of Venezuelans.

What is preventing dialogue from resuming in Mexico?

It is the retaliation of the Maduro regime.

Two weeks ago the delegations resumed formal talks in Caracas, how is that going?

They are not formal conversations, if they were we would be in Mexico. The sanctions are constitutionalized. They must have reach and pressure to be effective.

Does Maduro try to evade all sanctions to stay in power?

How are the opposition primaries going for the 2024 elections?

We are campaigning for a unitary candidate.

Doesn't it seem like a chimera of a unitary candidate when we have María Corina Machado and Henrique Capriles with other opinions?

1 Yagidne, the town taken as a "human shield" 2 Entrepreneurs trapped by the crisis with Algeria:... 3 Asia AP Week in Pictures 4 Interior drags more than 400 sentences for arbitrariness... 5 Rifirrafe in the Government for the rise in prices:... 6 The commission of the assault on the Capitol accuses... 7 Trump: "January 6 represented the best movement... 8 Valle de la Riva: "Our goal is that these jewels... 9 Outcry in Soria against sexist violence after the... 10 Sánchez's "slaps" weigh down 38.6... 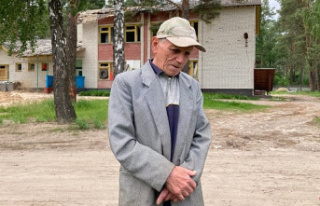 Yagidne, the town taken as a "human shield"