The ignored trail of the Jews in Spain after their expulsion in 1492: "It was an amputation"

"How much we have missed you!", proclaimed Felipe VI seven years ago, during a ceremony held at the Palacio de Oriente in Madrid, in homage to the Sephardim expelled by the Catholic Monarchs in 1492. 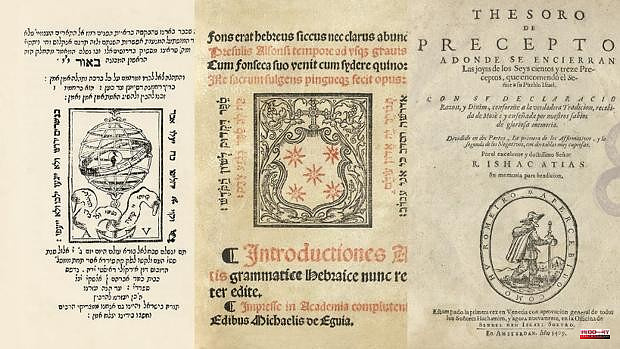 "How much we have missed you!", proclaimed Felipe VI seven years ago, during a ceremony held at the Palacio de Oriente in Madrid, in homage to the Sephardim expelled by the Catholic Monarchs in 1492. The Monarch thus celebrated the new law that allowed Spanish nationality to be granted to the descendants of those Jews who had to leave the Iberian Peninsula more than five centuries ago. "We do not forget the talent and contribution that his community made in the hands of personalities such as Maimonides or Abén Ezra," he pointed out about historical restitution.

The famous historian Américo Castro had already influenced that same idea in his book 'From the Spain that I still did not know', published in 1972: «We have been missing something, really, since the Jews left; something that we have not replaced with anything equivalent [...].

Not only did we lack money, although for that chrematistic reason the Count-Duke of Olivares wanted to revoke the edict of expulsion, observing that Spain and he were up to their necks in water. With the Jews went the internationalist spirit, of broad and subtle culture».

However, since Isabel and Fernando signed the famous Edict of Granada on March 31, 1492, the shadow has always hung over the real consequences that decision had for the history of Spain. The void left by this community is still not fully known, despite the fact that "Spanish history and culture cannot be understood without keeping in mind the Jewish contribution," says Uriel Macías, author of 'The Jewish reality in history of Spain and its diaspora'.

The objective of this 500-page work, which has been published by the Marcial Pons publishing house with funds from the Bibliotheca Sefarad, is to shed some light on the issue in the midst of so much darkness. “We wanted to make known what has been written about the Jews in Spain throughout these five centuries. What has interested editors, writers and readers about the Jewish reality and what have Spanish Jews themselves written about their past», explains this bibliographer specializing in Jewish culture and researcher at the Isaac Abravanel Center.

And he adds: «It is difficult to make fictional history on this matter, but what we do know for sure is that, before his expulsion, Christians, Muslims and Jews coexisted in Spain more or less cordially. And, also, that the latter played a fundamental role in the development of trade, administration, medicine, cities and Spanish culture. It seems more than likely that, if the Jews had continued here, Spain would have been something else."

That contribution is present in this extensive and careful catalog that consists of 436 annotated books, "the rarest, oldest, most curious or valuable," says Macías, whose selection from among the more than 20,000 volumes that the Bibliotheca Sefarad has has described as " traumatic, due to the large number of pieces of extraordinary rarity, even unique, that it houses». All those chosen were written between 1478 and 1948, of which four are from the 15th century, 37 from the 16th, 65 from the 17th, 134 from the 18th, 167 from the 19th and 29 from the 20th. "It's hard to choose, as you can imagine. Any book lover would tell you that the fifteenth century, which are incunabula. However, these are anti-Jewish books that attract me because of their uniqueness and antiquity, but their theme is not exactly the most attractive for someone who wants to study the Jewish contribution », he clarifies.

The catalog opens with a Latin translation of the 'Book of Births', one of the main astrological treatises by Abraham ibn Ezrá, a prominent Andalusian Jewish intellectual of the 11th century. He wrote it in the first years of his stay in different cities of Provence, between 1148 and 1158. They also highlight an early Hebrew grammar from 1531 or the first edition of the 'Letter to the Jews of Marseilles', whose original was written by Maimonides, the greatest medieval Torah scholar mentioned by Philip VI in 2015.

Also noteworthy is the famous 'Bible of Ferrara' from 1553, of which we find several editions. It is the first bible printed in Spanish, which was sold for only 100 pesetas in Madrid in 1920, although it is hard to believe. Or the first and only edition of an essay on the reform of Jewish worship and education in Italy, whose burning ordered by the civil authorities only saved the copy that includes this work and two others preserved in Germany and the United States, respectively.

And we also find, among other gems, the first critical work on the Spanish Inquisition, by an unknown author, although all the clues point to a Spanish Protestant who fled the Peninsula and hid under the pseudonym Raimundo González Montes. A strange volume in which various arguments are put forward against the objectives and practices of this institution, but in which the author also shows his prejudices towards converts, to the point of justifying the persecution against "the pests of Judaic and Mohammedan heresies" .

«Beyond trying to assess the contribution of the Jews to the history of Spain, the ethical issue is also important, of course. Before their expulsion, this Jewish minority had been in the Peninsula for at least fifteen centuries of uninterrupted presence. It was part of the Spanish social fabric and had contributed dynamically to the evolution and progress of this territory, which is why Spanish society suffered an enormous amputation. Added to this is the establishment of the Inquisition and the persecution of Jewish converts, which reflects a decline in freedoms. That is to say, that the expulsion of the Jews brought with it a Spain with fewer freedoms”, defends Macías.

1 Juan Guaidó: "Maduro is very difficult to bypass... 2 Yagidne, the town taken as a "human shield" 3 Entrepreneurs trapped by the crisis with Algeria:... 4 Asia AP Week in Pictures 5 Interior drags more than 400 sentences for arbitrariness... 6 Rifirrafe in the Government for the rise in prices:... 7 The commission of the assault on the Capitol accuses... 8 Trump: "January 6 represented the best movement... 9 Valle de la Riva: "Our goal is that these jewels... 10 Outcry in Soria against sexist violence after the... 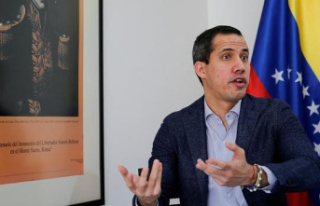