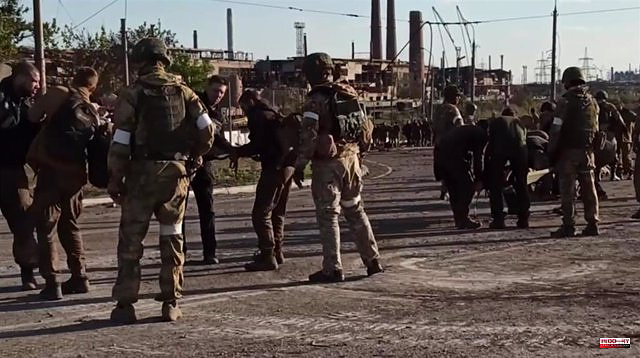 The Russian Ministry of Defense has assured this Wednesday that 959 Ukrainian soldiers have surrendered this week to Russian forces at the Azovstal steel mill, the last point of resistance in the Mariupol area.

The Russian Government has taken stock of the alleged deliveries since May 16 and has estimated 694 in the last 24 hours. Among the 959 Ukrainian soldiers there would be about 80 wounded, according to the count collected by the Interfax news agency.

The Ukrainian president, Volodimir Zelenski, has assured that the evacuation work of the steelworks continues, with the help of "the majority of influential international mediators" and the supervision of the Intelligence services and the Armed Forces of Ukraine.

It remains to be seen how Russia will treat the soldiers who have surrendered in Azovstal, as the Russian Investigative Committee has already warned that they will be interrogated with a view to potential prosecution. The Ukrainian authorities hope to recover these soldiers in a future prisoner exchange.

1 Sánchez anticipates that the Government will approve... 2 British Conservative MP arrested for alleged rape... 3 United Kingdom: the inflation rate jumps to 9%, a... 4 Will the political class have the audacity of a real... 5 Eliminating minimum sentences: a total aberration 6 The G7 prepares a Marshall Plan for Ukraine of 5,000... 7 A rebellious political leader 8 Let's calm down! 9 The real reform of Bill 101 is yet to be done 10 Czech Republic to assemble 250,000 batteries a year... 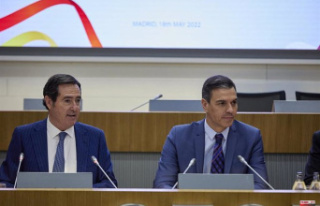 Sánchez anticipates that the Government will approve...