They evict the Tefaf fair in Maastricht, after an armed robbery

Shortly before the closing of the Tefaf fair in Maastricht, in the Netherlands, the MECC convention center was evicted this morning after an armed robbery, reports 'De Telegraaf'. 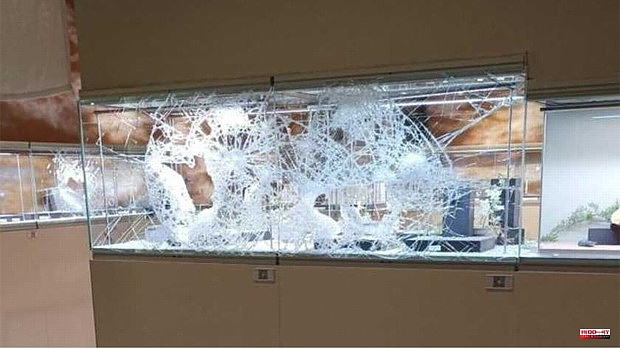 Shortly before the closing of the Tefaf fair in Maastricht, in the Netherlands, the MECC convention center was evicted this morning after an armed robbery, reports 'De Telegraaf'. All visitors to the famous Maastricht art fair have been evacuated. The exact circumstances of the theft are still unclear, but according to early reports, the display cases of the London jewelery stand Symbolic

Videos circulating on social media show four smartly dressed men, one with a sledgehammer, smashing jewelery display cases. Another pulled out what appeared to be a gun and pointed it at a person who tried to intervene, Reuters reports.

A police spokesman confirmed the theft around noon today. The call to the emergency services took place around 11:40 a.m. Since then, various police units have been deployed to track down the thieves. Several men allegedly threatened with weapons during the robbery. According to an eyewitness, the display cases were smashed with a sledgehammer.

According to Tefaf participant Robbert van Ham of the Jaski Art Gallery, the thieves were after some jewellery: “The display cases have been smashed with a sledgehammer. All exhibitors and visitors were directed outside in an orderly and quick manner for security. There was no panic." According to Van Ham, the loot does not seem very large: «Not much has been stolen«. No one was injured.

According to 'De Telegraaf', on the A2 motorway, a gray car with foreign license plates was stopped by four police cars. Traffic has come to a standstill due to police action. "We have had some roads closed as a result of the investigation following the robbery in Tefaf and we have arrested two suspects on the A2," a Limburg police spokesman said. “The investigation is still ongoing. In addition, we are still looking for two other suspects. That is now our top priority.”

The fair has sent this statement: "At approximately 11:30 this morning, Tefaf Maastricht has been evacuated due to an incident at the fair. The fair's security team acted quickly to disarm the criminal and the Dutch police arrived at the scene within a few minutes. No one was injured. As a result, the fair's strict security protocols were put in place and all visitors were evacuated."

A Tefaf spokesperson said: “The show has robust procedures in place in the event of a security breach. These were followed precisely and all visitors, exhibitors and staff were safely evacuated. The fair has already reopened its doors. Tefaf and the MECC are collaborating with the authorities. No further statements will be made in this regard."

1 PSOE and United We Can support that Congress investigate... 2 Page announces a “grand opening” of the Guadalajara... 3 From a 'troubled gay concentration' to the... 4 Catalonia lowers university prices for the third consecutive... 5 A man kills his 92-year-old grandmother in Sant Gregori... 6 Renfe's 'beach train': these are the... 7 The National Court refuses to apply the Atristain... 8 Lesmes takes to the plenary session on Thursday the... 9 The PP denounces the poor state of the containers... 10 New flat rate for young people at Les Arts de Valencia:... 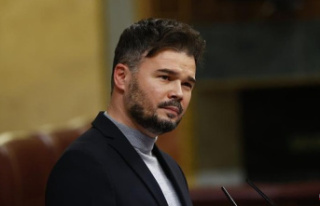 PSOE and United We Can support that Congress investigate...