The Mónica Oltra case, pending the appeal of her ex-husband before the Supreme Court against the conviction for abuse

Luis Eduardo Ramírez Icardi filed an appeal in November last year against the sentence of the second section of the Valencia Court that sentenced him to a sentence of five years in prison for sexually abusing a minor under the care of the Generalitat in the center in the who worked as an educator. 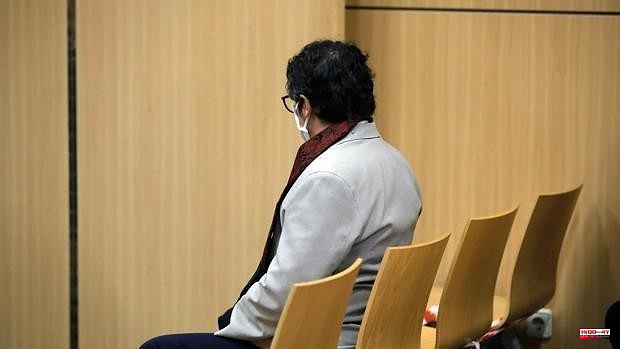 Luis Eduardo Ramírez Icardi filed an appeal in November last year against the sentence of the second section of the Valencia Court that sentenced him to a sentence of five years in prison for sexually abusing a minor under the care of the Generalitat in the center in the who worked as an educator. The ex-husband of Mónica Oltras is still waiting for the Supreme Court to admit his appeal, in which he requested a repetition of the trial. The decision may condition the judicial situation of the former vice president of the Government chaired by Ximo Puig.

Luis Eduardo Ramírez Icardi has already been tried twice for the same events, which occurred between the end of 2016 and the beginning of 2017 when he worked at the Niño Jesús shelter.

In December 2019, he was sentenced to five years in prison. In February 2021, the trial was partially repeated to include reports from the Ministry of Equality that called into question the credibility of the victim, who was a minor when the sexual abuse occurred, which until now the Justice considers proven. The result of the trial was identical to the previous one with a guilty verdict and the same sentence of five years in prison. The Superior Court of Justice of the Valencian Community reviewed and ratified the conviction.

Now, Luis Eduardo Ramírez Icardi is waiting for the Supreme Court to resolve his appeal. The former husband of Mónica Oltra demands that he be judged by a court other than the one on the two previous occasions and with the evidence of his defense that was rejected, including those requested to combat the aggravating circumstance of prevalence raised by the Prosecutor's Office and that the court finally agreed.

In the event that the Supreme Court does not order a repeat trial, Luis Eduardo Ramírez Icardi, who deposited 6,000 euros as compensation for the victim, proposes in his appeal that the sentence be lowered due to the delays in the case and the repair of the damage.

The management of this case of sexual abuse by the Ministry of Equality was denounced by Maite T. M., now of legal age. Specifically, the victim of the sexual abuse for which Mónica Oltra's ex-husband was convicted denounced the "non-application of institutional action protocols in cases of suspected sexual abuse of minors and breach of his duty of custody and the duty to report the crimes of which they are aware may have been perpetrated against the minors under their care.

The Court of Instruction number 15 opened a case in which it charged thirteen people -among them a high-ranking official from the Ministry- and asked the Superior Court of Justice of the Valencian Community to summon Mónica Oltra to testify as being investigated, who until Last week she enjoyed capacity as a regional deputy. Judge Vicente Ríos understood that there are "solid and rational" indications of the participation of the former vice president of the Generalitat in the alleged cover-up of the sexual abuse of a minor and the attempt to discredit the victim.

In a car dated June 16, the Civil and Criminal Chamber of the Valencian TSJ agreed to summon Mónica Oltra as a defendant. The brief referred to the procedural situation of Luis Eduardo Ramírez Icardi. The Civil and Criminal Chamber recognized that the sentence that sentenced Mónica Oltra's ex-husband to five years in prison "is currently pending an appeal" before the Supreme Court, but believed that this will not "prevent him from assessing the crimes imputed by the Public Prosecutor, since ultimately it simply refers to preventing an investigation and not giving the minor the due protection that their particular position imposed on them". The Prosecutor's Office considered that the management of Mónica Oltra could constitute prevarication, abandonment of minors and omission of the duty to prosecute crimes.

The order of the TSJ Chamber established that these infractions "could occur even if Mr. Ramírez Icardi were finally acquitted, since what is important is the screen arranged in order to avoid contributing to the due investigation of the facts and protect as was his duty. to the minor, avoiding the secondary victimization caused by the treatment given to her complaint». The brief referred to the possible crimes of prevarication or improper embezzlement.

However, some jurists disagree with these criteria, understanding that if the crime of sexual abuse could not finally be proven, the accusation of concealment would decline. In any case, Mónica Oltra has the excuse for being a partner of the accused at the time of the events.

The Compromís leader resigned last week from all her positions in the Generalitat and resigned from the act of deputy, for which the TSJ has suspended her statement, scheduled for July 6. The case will now go to the Investigating Court number 15 of Valencia, which continues the investigations regardless of the result of the appeal filed by Luis Eduardo Ramírez Icardi before the Supreme Court, which could still take several months to hear, although it is expected before of the end of the year.

1 The Supreme Court ratifies the dismissal of Villar... 2 Formoso receives the Ence factory in As Pontes with... 3 WEX Global focuses on Valencia as a world benchmark... 4 Toledo's Cristina Adrados Artal, triple champion... 5 Prisa appoints Varela Entrecanales as director on... 6 Firefighters extinguish a fire in the rodaderos de... 7 The proclamation of 'La Pinchos' opens the... 8 The national leader of the UGT advises García-Gallardo... 9 Pride opens a "flag war" in Cibeles and... 10 These are the cheapest hours of electricity this Wednesday 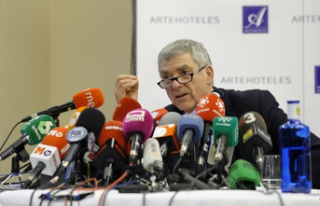 The Supreme Court ratifies the dismissal of Villar...