Paco Roncero, the chef who feeds NATO leaders in Madrid

The Royal Palace of Madrid will host, this Tuesday, June 28, the gala dinner offered by the King and Queen of Spain to the heads of state and government who have traveled to Madrid for the NATO summit. 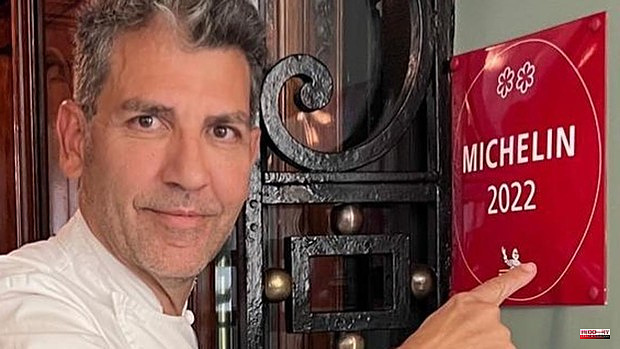 The Royal Palace of Madrid will host, this Tuesday, June 28, the gala dinner offered by the King and Queen of Spain to the heads of state and government who have traveled to Madrid for the NATO summit. The menu that ABC has had access to, designed by the two Michelin stars Paco Roncero, includes thirteen appetizers, a main course and a dessert. The minute of the wines has not transpired.

The chef was awarded the Chef L'Avenir award in 2005 (awarded by the International Academy of Gastronomy) and the National Gastronomy Award 2006 (by the Royal Academy of Spanish Gastronomy). He develops his unique culinary universe at the NH Collection Casino in Madrid and at the restaurant that bears his name –2 Michelin stars and 3 Repsol Guide soles–.

He is also responsible for the Sublimotion restaurant (Ibiza) and the Cuatromanos home cooking company, promoted together with his colleague Ramón Freixa.

As reported by ABC this afternoon, at the main table, dressed in an imperial gala, 58 guests will be seated, in addition to Don Felipe and Doña Leticia. All NATO countries will be represented there as well as some leaders from Asia and Europe who have been invited to the summit.

Thus, the dinner will begin with an extensive chapter of standing appetizers, during the cocktail. It includes nods to traditional Spanish recipes under the haute cuisine patina of chef Paco Roncero. There will also be touches of international cuisine. The order of the appetizers will be as follows: spherical olives; red tuna brioche with old mustard; sea ​​bass ceviche with tiger milk; picaña 'air bag'; lobster with oil soup and pink grapefruit; shrimp omelette; marinated sardine with romescu sauce; glazed beef taco; smoked salmon gilda; shrimp croquette with garlic; kikos with guacamole; cod fritter and gazpacho with basil oil.

After the dropdown of appetizers, already seated at the table, they will enjoy a single main course. It will be a hake with Meunière sauce, tapioca and trout roe. Roncero will close with a dessert: coconut foam with mint granita and passion fruit.

1 The impossible mission of approaching the Royal Site... 2 The Chamber approves the law that will help the municipalities 3 The Mónica Oltra case, pending the appeal of her... 4 The Supreme Court ratifies the dismissal of Villar... 5 Formoso receives the Ence factory in As Pontes with... 6 WEX Global focuses on Valencia as a world benchmark... 7 Toledo's Cristina Adrados Artal, triple champion... 8 Prisa appoints Varela Entrecanales as director on... 9 Firefighters extinguish a fire in the rodaderos de... 10 The proclamation of 'La Pinchos' opens the... 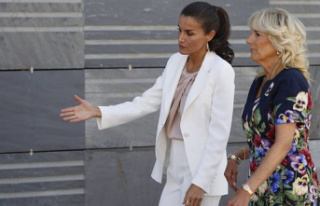 The impossible mission of approaching the Royal Site...