The Chamber approves the law that will help the municipalities

After months of controversy, the Galician Chamber approved this Tuesday the law to improve the integral water cycle. 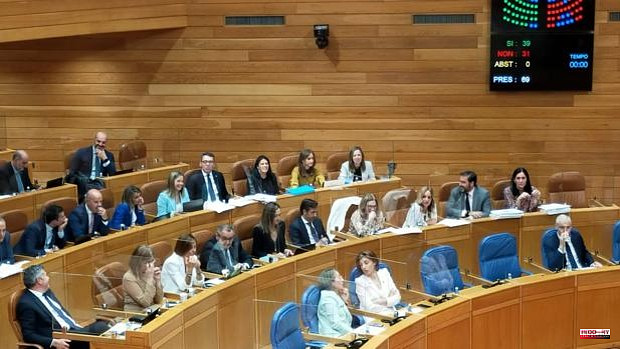 After months of controversy, the Galician Chamber approved this Tuesday the law to improve the integral water cycle. It is the first legal text to which the definitive approval is given with Alfonso Rueda as president of the Xunta and did not have the support of the opposition. The Xunta defends that the new norm "will mark a before and after" in the management of the resource, helping the municipalities, especially the smaller ones, who may voluntarily delegate the management of the service. For the BNG and the PSdeG, the new law really hides "a tax increase."

The legal text contemplates the possibility that the municipalities cede management to the public company Augas de Galicia, that is, it proposes a system similar to the one used with Sogama and garbage. The regional administration will be in charge of supply, sanitation and purification.

For the Minister of Infrastructure, Ethel Vázquez, this new system will mean an improvement in the quality of services for citizens and better care for rivers and estuaries. Designed for small and medium-sized municipalities, Vázquez explained that, after being published in the Official Gazette of Galicia, it will come into force this summer.

But both the BNG and the PSdeG accused the Popular Party of approving a law in an effort to collect money. During the debate, reports Ep, Luís Bará (BNG) denounced that the PP "presumes that they want to lower taxes and what they are doing is once again raising taxes on families and households." In a similar vein, Begoña Rodríguez Rumbo (PSdeG) pointed out that "suddenly the sewage treatment plant management canon, the collector network management canon and the new supply canon appear." On the other hand, the PP defends that the new law will not suppose an increase in taxes, but a reorganization of the existing ones. "If anyone hears any group talk about sablazo, he will think that people in Galicia do not pay for water, and this is not true," said popular deputy José Manuel Rey Varela. "Here what is done is to replace rates for those municipalities that freely decide on other concepts," he explained.

King Varela defended that Galicia takes "a new step" for the management of its natural resources with this text, with which it is sought to avoid half of the existing leaks in the networks, by which all the municipalities that want to can request voluntary mode management and autonomous help.

However, Rodríguez Rumbo pointed out that, based on the economic report of Augas de Galicia, "the modification of the water canon" will mean increases in collection that "will be more than 50 million from the first year." In relation to the voluntary nature of the municipalities to adhere to this management model, the socialist deputy considered that "it is not acceptable" that the municipalities be told that "if you like it, join in", but "if you do not like stay as they are." In addition, she criticized that the Xunta "contributes only one third" of the costs of the works, while the municipalities assume the other two thirds. "The economic and technical capacity of the municipalities is not taken into account," she lamented.

The nationalist Luis Bará charged against the Xunta for "acting with an absolute excess of arrogance and arrogance" for approving this text "without taking into account the opinion of municipalism", "without complying with the local water pact announced with great fanfare in 2015 » and «against the neighboring communities of brought water». In addition to not counting on the Consello and Economico Social (CES). He also considered that the norm "is not adapted to the Galician reality" with more than 30,000 population centers and continues with a "failed infrastructure model". For all this "important lack" in the processing of the social agreement, Bará reproached the "lost opportunity to reach a great Galician pact for water." For his part, Rey Varela defended a “very intense” process and negotiation to carry out this law, which has an “important technical value.” He also influenced the "willingness" to join because "we believe in local autonomy."

1 The Mónica Oltra case, pending the appeal of her... 2 The Supreme Court ratifies the dismissal of Villar... 3 Formoso receives the Ence factory in As Pontes with... 4 WEX Global focuses on Valencia as a world benchmark... 5 Toledo's Cristina Adrados Artal, triple champion... 6 Prisa appoints Varela Entrecanales as director on... 7 Firefighters extinguish a fire in the rodaderos de... 8 The proclamation of 'La Pinchos' opens the... 9 The national leader of the UGT advises García-Gallardo... 10 Pride opens a "flag war" in Cibeles and... 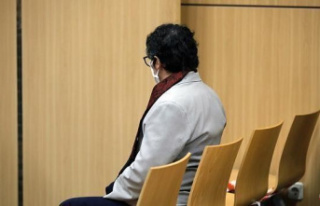 The Mónica Oltra case, pending the appeal of her...