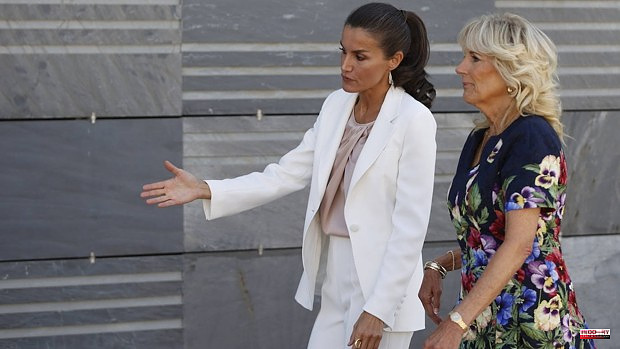 Mission Impossible. Like in the movie, but in real life. This will be the intention to approach this Wednesday, June 29, the Royal Site of San Ildefonso. And it is that if Madrid has a good part of its heart surrounded by the NATO Summit that brings together in the capital of Spain the international leaders that are part of the Atlantic Alliance, including the American Joe Biden, the fence will extend to the Segovian town.

On the other side of the Sierra de Guadarrama, the entourage is expected to travel, led by Doña Letizia. From 10:00 a.m. is when the Royal Site will be transformed and to be reserved as a tourist place for NATO, so that the option of approaching the points to visit will be "practically non-existent", according to the Government delegate in Segovia, Lirio Martin.

Access to the CL-601, the popular La Granja road, will be closed between 10:00 and 1:00 p.m. “It will be two and a half or three hours in which there will be inconvenience”, he has pointed out in statements to Ical, in which he has also asked the residents of the municipality for “patience”. And it is that numerous areas will be prohibited to the passage, circulation and parking, especially in the vicinity of the gardens and the Royal Palace, as well as the Royal Glass Factory. Both spaces will be "absolutely closed", although the part of the gardens will be open to the public again once the guests' presence in the municipality ends.

A day that, in addition, will coincide with a holiday in the Segovian capital, on the occasion of San Pedro, who has been advised to rule out the possibility of going to La Granja to spend the day.

The presence of the large entourage of the Atlantic Alliance in the province of Segovia will mobilize an important device of agents of the State Security Forces and Corps, plus the reinforcements that have been deployed these days, with canine units and also helicopters. Actions, Lirio Martín has highlighted, that have been coordinated with the City Council of the Royal Site of San Ildefonso, affected companies and residents, who will be affected by the traffic cuts during the movements of the delegations.

The first point of the visit will be the water games of the fountains in the gardens and the Royal Palace of La Granja itself, for one hour, with the chairmanship of the president of the National Heritage, Ana de la Cueva. The second destination, visit to the Real Fábrica de Cristales. The sub-delegate of the Government has valued that it is an opportunity to be even better known internationally, so the benefits of this visit led by the Queen of Spain are greater than the inconvenience.

1 The Chamber approves the law that will help the municipalities 2 The Mónica Oltra case, pending the appeal of her... 3 The Supreme Court ratifies the dismissal of Villar... 4 Formoso receives the Ence factory in As Pontes with... 5 WEX Global focuses on Valencia as a world benchmark... 6 Toledo's Cristina Adrados Artal, triple champion... 7 Prisa appoints Varela Entrecanales as director on... 8 Firefighters extinguish a fire in the rodaderos de... 9 The proclamation of 'La Pinchos' opens the... 10 The national leader of the UGT advises García-Gallardo... 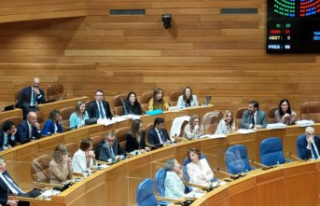 The Chamber approves the law that will help the municipalities