The 32nd NATO Summit will turn Madrid into the world capital for 48 hours: from June 28 to 30. 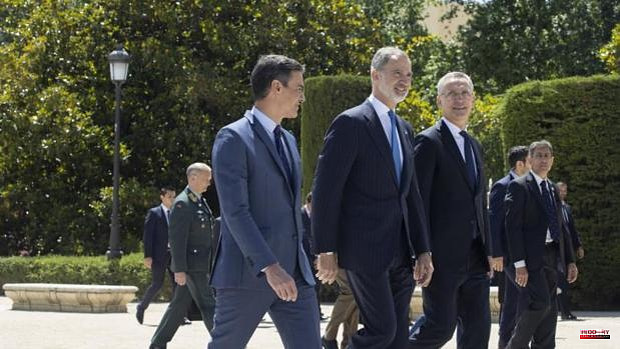 The 32nd NATO Summit will turn Madrid into the world capital for 48 hours: from June 28 to 30.

The 30 leaders of the Atlantic Alliance will be joined by those from other countries such as Sweden and Finland -which have begun the accession process-, Australia, South Korea, Japan and New Zealand -with the concern of the Pacific and the Chinese challenge- or from non-NATO EU countries such as Austria, Cyprus, Ireland and Malta. The president of Georgia and, by video call at least, the president of Ukraine, Volodímir Zelenski, will also attend. The presidents of the European Council and the European Commission also attend.

In the absence of last-minute details, such as bilateral meetings between the heads of government or state, this is the agenda for the Summit and side events:

TUESDAY, JUNE 28: ARRIVAL OF THE LEADERS AND DINNER AT THE ROYAL PALACE

About 3:30 p.m. The King's official welcome to the President of the United States, Joe Biden, at the Torrejón de Ardoz military base. The rest of the leaders will arrive in Madrid throughout the day and the same afternoon.

3:30 p.m. The NATO Public Forum is held at Ifema. The event will take place on the sidelines of the NATO Summit in Madrid. It is organized in collaboration with NATO, the Elcano Royal Institute, the German Marshall Fund, the Munich Security Conference and the Atlantic Council. There will be speeches by the Secretary General of NATO, Jens Stoltenberg, and by Felipe VI (approx. 4:00 p.m.).

4:30 p.m. Meeting of the President of the Government, Pedro Sánchez, with the American, Joe Biden, in La Moncloa.

5:30 p.m. Felipe VI meeting with the US president at the Royal Palace in Madrid.

6:30 p.m. Meeting of the King with the Secretary General of NATO, Jens Stoltenberg, at the Royal Palace.

7:40 p.m. The King and Queen greet the 30 Heads of State and Government of the Atlantic Alliance in the Throne Room of the Royal Palace.

8:25 p.m. Group photograph in the Hall of Halberdiers of the Royal Palace.

8:30 p.m. Dinner offered by the King and Queen to the delegations of the NATO countries in the gala dining room of the Royal Palace.

8:00 a.m. Arrival of the Secretary General of NATO at Ifema, who makes a first brief intervention in front of the media.

8:15 a.m. Arrival of the leaders of the Atlantic Alliance to participate in the plenary session of the North Atlantic Council at the level of Heads of State or Government. Some make short statements. In these events, Spain will be represented by the President of the Government, Pedro Sánchez.

10:30 a.m. First meeting of NATO leaders. Approval of the new strategic concept, Russia's threat to the eastern flank, the measures to be adopted to strengthen those allies, the 360-degree vision of the threat from the south or the need of increasing defense budgets will be matters of discussion by the allies.

1:30 p.m. Arrival at Ifema of leaders from other invited countries such as Finland, Sweden, Australia, Japan, New Zealand and South Korea, as well as the presidents of the European Council and the European Commission.

3:00 p.m. Second meeting of NATO leaders. With partner countries. The issue of the accession of Finland and Sweden, as well as the Chinese challenge to Australia, Japan, New Zealand and South Korea will be discussed at this meeting. Also the collaboration with the EU.

5:45 p.m. Stoltenberg's second press conference. He will give an account of that second meeting.

6:30 p.m. With European time, the dinners of the foreign and defense ministers begin, separately.

*This first day has parallel activities for those accompanying the NATO leaders. They will be led by Queen Letizia. Thus, in the morning they will visit the Royal Palace of La Granja de San Ildefonso in Segovia (10:15 a.m.), the Royal Glass Factory of La Granja (11:25 a.m.) and the Reina Sofía Museum (1:45 p.m.). They will also have dinner at the Prado Museum but in a different room from that of the NATO leaders and delegations from other countries.

*The King's schedule for his part includes audiences in the morning at the Palacio de la Zarzuela with the President of the European Commission, Ursula von der Leyen (9:30 a.m.), the President of South Korea, Yoon Suk Yeol (10:30 a.m. .) and the President of Finland, Sauli Vainamo Niinisto (11:30 a.m.).

10 a.m. Last meeting of NATO leaders. With the presidents of Georgia and Ukraine, the latter almost certainly via telematics.

12:15 p.m. Final press conference by NATO Secretary General Jens Stoltenberg. After her, the rest of the leaders are expected to offer their press conferences (Biden, Macron, Johnson, Sánchez...). The schedules of the latter will be offered at the end of the previous meeting. This will conclude the Madrid Summit.

* As a parallel activity, the companions will visit the Royal Theater (10 a.m.)

1 At least two dead and several injured in a shooting... 2 A couple drowns in the waters of Lloret de Mar 3 Free shows for everyone in more than a hundred municipalities... 4 Towards a more sustainable wardrobe 5 Jesús García Fernández, mayor of Ugena for 6 years,... 6 Felipe Sicilia, loyal to Adriana Lastra, one of the... 7 Turull (ERC) calls on the ERC to take advantage of... 8 Arrested for committing 142 robberies with force in... 9 Five men are tried for sexually abusing two internal... 10 Pol Espargaró withdraws from the Dutch Grand Prix 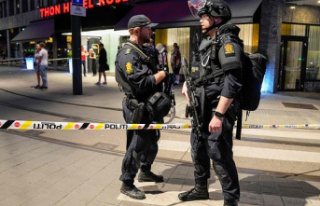 At least two dead and several injured in a shooting...