The war continues over the failed bid for the 2030 Games

The war over the failed candidacy of Aragon and Catalonia to host the 2030 Winter Games has intensified this Friday after it was revealed that Alejandro Blanco, president of the Spanish Olympic Committee, met in November 2019 with the former president of the Generalitat Artur Mas to negotiate the conditions of the joint application. 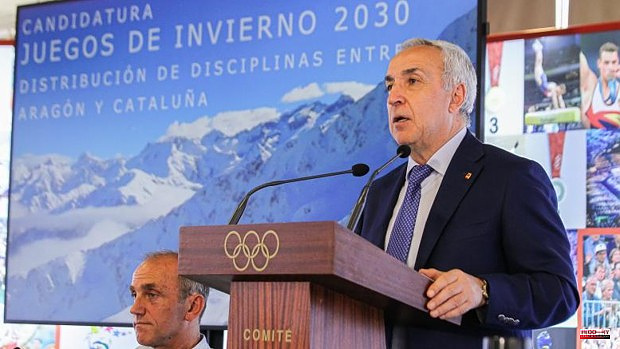 The war over the failed candidacy of Aragon and Catalonia to host the 2030 Winter Games has intensified this Friday after it was revealed that Alejandro Blanco, president of the Spanish Olympic Committee, met in November 2019 with the former president of the Generalitat Artur Mas to negotiate the conditions of the joint application. Gerard Figueras, Secretary General of Sports of the Catalan Government, was also at that meeting, and supposedly the payment of 400,000 euros to the COE for "opaque contracts" would have been agreed.

The news, published by 'El Confidencial', has forced the COE to issue an explanatory statement, in which in four points, Blanco denies having received any type of payment for the steps taken for the candidacy.

«During the process of gestation and development of the 2030 winter Olympic bid, I have held meetings, public and private, with political leaders, social, business and trade union agents, both from Catalonia and Aragon, in order to expand as much as possible possible base of support for the candidacy", explains the COE note in its first point. And he adds: «At no time have the Spanish Olympic Committee or I myself received or claimed a subsidy or any amount for the steps taken for the aforementioned candidacy; Quite the contrary, these efforts have generated expenses that have been borne by the Spanish Olympic Committee, charged to its own private resources.

The COE statement also transcribes a statement by Gerard Figueras, mentioned in the information of 'El Confidencial' for having pointed out one of his collaborators in a telephone conversation after Zaragoza did not have to do "no fucking case", in reference to the need to include the Aragonese government and the civil society of that community in the candidacy.

«The 400,000 euros that appear in the science fiction published in this communication medium refer to the amount that, from the Generalitat, we commented we could try to budget for 2020, in the event that you had to go to the Tokyo 2020 Games at promote the candidacy, something that never happened, ”continues the former Secretary General of Sports.

Javier Lambán, president of the Aragonese Government, has reacted this morning to the meeting of Blanco y Más, describing it as "very serious": "What we have learned in relation to the president of the COE and the independentists about the 2030 Games seems very serious to me, it leaves the COE in a very compromised, delicate situation, and whoever it may concern must take action. It is not reasonable that an institution that represents in itself the best values ​​of our society is subjected to this discredit.

1 Cilic, Auger-Aliassime and Tsitsipas, on the way from... 2 This is how inflation affects the Formula 1 World... 3 "The atmosphere at Real Madrid is neither professional... 4 Paolo Banchero, Italian surprise for number one in... 5 The collection of a Spanish champion to be able to... 6 Alcaraz, with little margin against Wimbledon 7 Champions Gambit: deciphering the chess format that... 8 Anti-sheikhs clause and double salary: Rodrygo's... 9 The first League split in two 10 The Spanish woman who 'resurrected' a US... 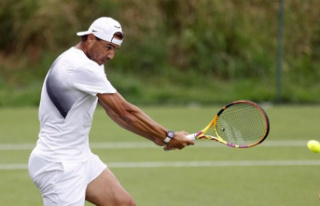 Cilic, Auger-Aliassime and Tsitsipas, on the way from...