Cilic, Auger-Aliassime and Tsitsipas, on the way from Nadal to Djokovic

Rafa Nadal already knows the route that can take him to his twenty-third major. 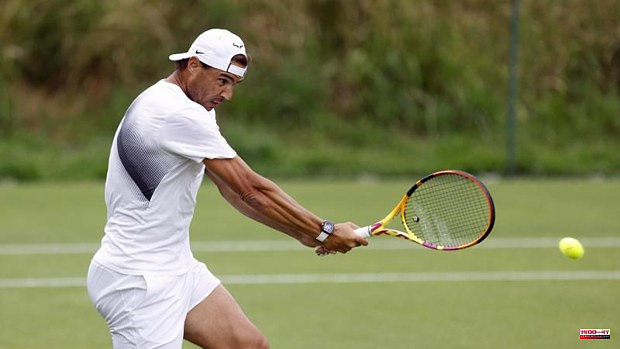 Rafa Nadal already knows the route that can take him to his twenty-third major. The draw for the Wimbledon draw was not excessively kind to the Spanish champion, who in the round of 16 could already cross paths with Marin Cilic, semifinalist at Roland Garros and, recently, in the Queens tournament, on grass. The Serbian was also a finalist at Wimbledon in 2017, where he fell to Roger Federer.

The Spaniard will debut against the Argentine Francisco Cerundolo, number 42 in the world, and in the second round he will face the winner of the duel between Sam Querrey and Ricardas Berankis. His theoretical rival in the quarterfinals would be the Canadian Felix Auger-Aliassime, trained by Toni Nadal and whom he already defeated in Paris.

Stefanos Tsitsipas or Casper Ruud would remain for the semifinals, before the hypothetical final against Novak Djokovic.

Nor will it be an easy journey for Carlos Alcaraz, who will make his debut against the German Jan-Lennard Struff, and who from the round of 16 will face careful duels against men like Jannik Sinner or John Isner. The theoretical duel with Djokovic would come in the quarterfinals. With Nadal he can only be measured in the final.

In the women's draw, Paula Badosa will debut against the American Louisa Chirico. The Spanish could face Serena Williams in the quarterfinals and in the semifinals against Iga Swiatek, world number one.

Garbiñe Muguruza, meanwhile, will debut against the Belgian Greet Minnen. The Spanish-Venezuelan would have her first litmus test in the round of 16, against the American Jessica Pegula.

1 This is how inflation affects the Formula 1 World... 2 "The atmosphere at Real Madrid is neither professional... 3 Paolo Banchero, Italian surprise for number one in... 4 The collection of a Spanish champion to be able to... 5 Alcaraz, with little margin against Wimbledon 6 Champions Gambit: deciphering the chess format that... 7 Anti-sheikhs clause and double salary: Rodrygo's... 8 The first League split in two 9 The Spanish woman who 'resurrected' a US... 10 "Vayú" also surprises at the Rolex TP52... 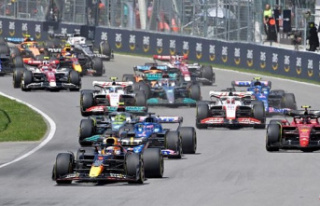 This is how inflation affects the Formula 1 World...