The Spanish woman who 'resurrected' a US swimmer: "When I saw that she was going to the bottom, I only thought of saving her"

Spain remains zero in the World Swimming Championships in Budapest, although what happened last Wednesday is worth more than a gold medal. 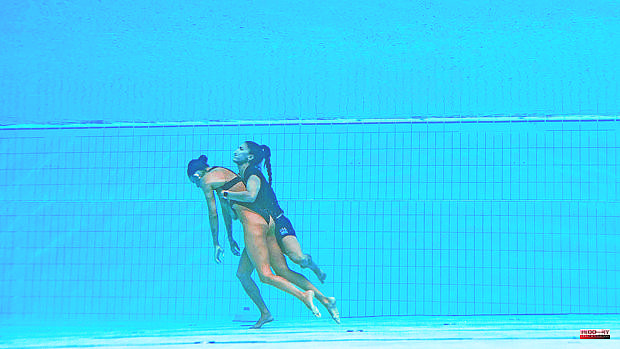 Spain remains zero in the World Swimming Championships in Budapest, although what happened last Wednesday is worth more than a gold medal. Anita Álvarez, an artistic swimmer from the United States, passed out in the pool for two minutes after the free solo final. In that moment of panic, the winner of four Olympic medals and coach of the American team, Andrea Fuentes, jumped into the water without thinking to save her pupil. The spectators were left with their hearts in a fist until after some phases of agitation, and several slaps from the coach, Anita woke up.

It is not the first time that something similar has happened, as Fuentes tells ABC: "We had already experienced this, it happens to us much more often than is seen on television, for us it is more normal than it seems."

The first phases of the rescue were impacted by the unprecedented situation and above all by the uncertainty that was breathed in the stands. "When I saw that it was going down, I only thought of saving it, it was my only mission," adds Fuentes. And he succeeded thanks to his resuscitation maneuvers. “I did everything I know, I turned her on her side, I opened her mouth, I relaxed her jaw and I pressed her nails, a procedure that is done when you are unconscious because it creates a lot of adrenaline. Suddenly, she woke up ». An important fact that Fuentes told: "Her heart never stopped."

Elite sport has often shown extreme situations where athletes have fainted, finished races vomiting or exhausted from exertion, although this is rarely verified in official competitions, where the athlete usually arrives prepared. "This happens in cycling or athletics too, the only thing that surprised us is that it happened during the competition. It usually happens in training, where we demand more from our body.

Yesterday the focus was also on the rules of the International Federation, which allows the intervention of lifeguards only with an order from the referees. In the decisive moments, the Spanish coach did not think twice about entering the water: “I saw her fall to the bottom and I understood that something was wrong. I didn't think if they were there or not because I knew I swim faster." The doctors have reassured the coach about the swimmer's conditions. “They have told me that she is fine, they have done all the possible tests.” Although the causes remain unclear. Fuentes confirms that the day was very hard: "There were two very strong tests, she did not eat much and it was very hot, added to the fact that she did not sleep well, a mixture of all these things may be the cause." She today she would have to compete in the free team final. "It's up to her, the doctor said there are no sequelae for the brain," concludes the World Cup heroine.

1 "Vayú" also surprises at the Rolex TP52... 2 The Snipe Spanish Cup begins with a record number... 3 The controversy of Zara for charging shipping costs... 4 Retinol for the body: these are its benefits 5 Two Spaniards enter the list of young people who will... 6 The luxury of eating with silver cutlery in the first... 7 La Cocina de María Luisa, the restaurant of the former... 8 How to make mochi ice creams like the ones that are... 9 Cuñas Davia Barrica 2020: from Ribeiro to the world 10 Iceta studies making European aid from Inaem more... 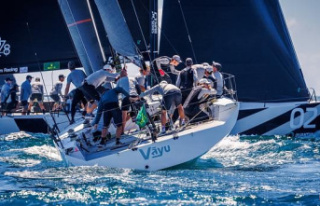