Alcaraz, with little margin against Wimbledon

With four days to go before Wimbledon begins, Carlos Alcaraz rushes through the last training sessions and exhibition matches to start the third Grand Slam of the year in the best way. 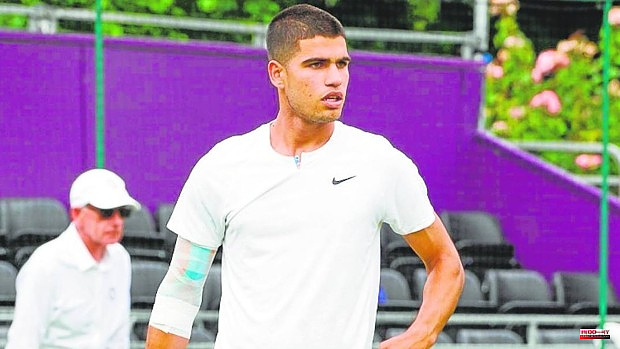 With four days to go before Wimbledon begins, Carlos Alcaraz rushes through the last training sessions and exhibition matches to start the third Grand Slam of the year in the best way. He hasn't had much time since his break after Roland Garros and the elbow injury has also left him without competitive matches leading up to the big event. But it is Carlos Alcaraz, 7 in the world, 19 years old, champion of four titles this year (Río, Miami, Conde de Godó and Mutua Madrid Open) and all the enthusiasm to do well on the green.

His coach, Juan Carlos Ferrero, assured this week that the transition to grass is always complicated, and yesterday the Murcian suffered in his legs, still missing that spark that he had already acquired for the fast surface and for clay, in his first Hurlingham exhibition match, where he lost to Frances Tiafoe 6-4, 6-2.

Any surface change is complex. But even more so from red to green. The automatisms acquired after three months playing on clay are stuck on the grass, which is played with spiked shoes and requires a more complex restructuring of the game, movements and displacements than for any other surface. It is what the Murcian was looking for in this week prior to Wimbledon, to acclimatize to that bending the knees more or to those shorter but more numerous steps due to the impossibility of sliding to reach the ball well. He trained in Villena on artificial grass courts, but he has already been getting used to London's natural grass for a week, training with already experienced tennis players such as Stanislas Wawrinka.

Injuries have shortened even that already short preparation. The pain in his right elbow arose that made it impossible for him to play at Queen's, as a precaution, and he is still protecting the joint with a bandage so that every day the discomfort is less and mobility is greater. «Physically he has been working well and at the tennis level taking care of his elbow a little, which had the bandage. That the balls are so heavy annoys him a little. This week is important to prepare, feel good and that everything is in the right place, "said Ferrero. Despite everything, Alcaraz has plenty of confidence and desire to do well in white. And he still has tomorrow's game, in the same Hurlingham exhibition, against Casper Ruud.

The Russian ran out of grass tour yesterday. The Russian, number 1 in the world, fell in the quarterfinals with Roberto Bautista (6-3 and 6-2) at the Mallorca Open, his second and last tournament on this surface, as he will not participate in the great London tournament due to the veto from Wimbledon to Russian tennis players.

1 Champions Gambit: deciphering the chess format that... 2 Anti-sheikhs clause and double salary: Rodrygo's... 3 The first League split in two 4 The Spanish woman who 'resurrected' a US... 5 "Vayú" also surprises at the Rolex TP52... 6 The Snipe Spanish Cup begins with a record number... 7 The controversy of Zara for charging shipping costs... 8 Retinol for the body: these are its benefits 9 Two Spaniards enter the list of young people who will... 10 The luxury of eating with silver cutlery in the first... 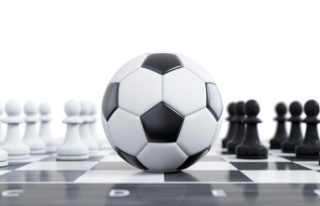