Paolo Banchero, Italian surprise for number one in the draft

In an unexpected decision, the Orlando Magic selected power forward Paolo Napoleon James Banchero (Duke University) with the number one pick in the 2022 NBA Draft on Thursday, ahead of heavy favorites Chet Holmgren (Gonzaga) and Jabari Smith. 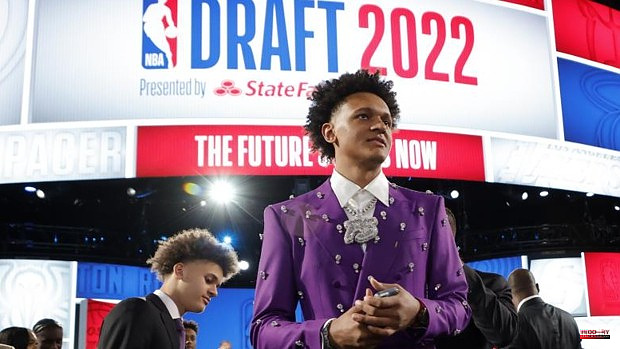 In an unexpected decision, the Orlando Magic selected power forward Paolo Napoleon James Banchero (Duke University) with the number one pick in the 2022 NBA Draft on Thursday, ahead of heavy favorites Chet Holmgren (Gonzaga) and Jabari Smith. (Auburn), then recruited by the Oklahoma City Thunder and Houston Rockets.

The Magic, who had not enjoyed the number one since they chose Dwight Howard in 2004, opted for the proven offensive talent of Banchero, born in Seattle (Washington) but who, due to his family origins, also has Italian nationality.

Banchero himself, a powerful and versatile power forward of 2.08 and 19 years old, seemed shocked when the NBA commissioner, Adam Silver, pronounced his name at the start of the ceremony at the Barclays Center in Brooklyn (New York). .

"I don't know what to say. I can't believe what just happened, I never would have thought this would happen, "acknowledged an emotional Banchero, who chose a colorful purple suit for the occasion.

During the day "I had the feeling, from the information they gave me, that the election was in the air," he explained later. "Orlando wasn't really sure yet, and he had to be ready for anything."

"But I didn't know I was going to be elected until about 20 seconds before the commissioner went on stage. I didn't even have time to think about it, it just happened," he said.

Until a few minutes before the ceremony, the vast majority of experts agreed that Orlando would opt for Jabari Smith, an explosive 2.11 power forward with a great outside shot, or Chet Holmgren, an intimidating 2.13 center and in good hands.

Banchero, who averaged 17.2 points, 7.8 rebounds and 3.2 assists in his only season at Duke, should spearhead the renewal of the Magic, who finished penultimate in the Eastern Conference last season. with 21 wins and 51 losses.

The Magic have only qualified for the playoffs twice in the last decade and in 2021 they resigned themselves to selling their figures (Vucevic, Fournier, Gordon) and embarking on a long and uncertain process of reconstruction.

With the second pick, Chet Holmgren was drafted by the Oklahoma City Thunder, a franchise in permanent rebuilding.

At 20 years old, Holmgren should be the great reference in the interior game of Oklahoma, which in the perimeter has two of the guards with the most future in the league, Shai Gilgeous-Alexander and the Australian Josh Giddey.

Most analysts agree that Holmgren (14.1 points and 9.9 rebounds on average) is a riskier bet than Banchero or Smith but also that he offers the greatest potential in this draft.

There isn't much precedent for a 2.13 player with his shooting (1.3 3-pointers per game), ball handling and defensive intimidation (3.7 blocks).

In third place, the Houston Rockets took over Jabari Smith, who was considered a favorite for number one with averages of 16.9 points, 7.4 rebounds and 2 assists.

"God doesn't make mistakes, so I'm happy to be where they want me," Smith said of the picks that placed him first.

The Sacramento Kings, desperate to return to the playoffs after a 16-year absence, analyzed until the last moment offers from other teams about their fourth choice but finally exercised it to choose power forward Keegan Murray (Iowa).

In fifth place, the Detroit Pistons selected the athletic point guard Jaden Ivey (Purdue), who will form a perimeter duo with Cade Cunningham, number one in the 2021 Draft.

1 The collection of a Spanish champion to be able to... 2 Alcaraz, with little margin against Wimbledon 3 Champions Gambit: deciphering the chess format that... 4 Anti-sheikhs clause and double salary: Rodrygo's... 5 The first League split in two 6 The Spanish woman who 'resurrected' a US... 7 "Vayú" also surprises at the Rolex TP52... 8 The Snipe Spanish Cup begins with a record number... 9 The controversy of Zara for charging shipping costs... 10 Retinol for the body: these are its benefits 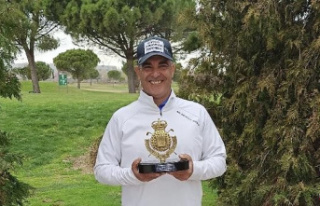 The collection of a Spanish champion to be able to...