"The atmosphere at Real Madrid is neither professional nor healthy"

The Swedish players Kosovare Asllani, who ends her contract with Real Madrid on June 30, and Sofia Jakobsson, who left the club a year ago, have described her stay with the white team during the concentration with the Swedish team for the European Championship. 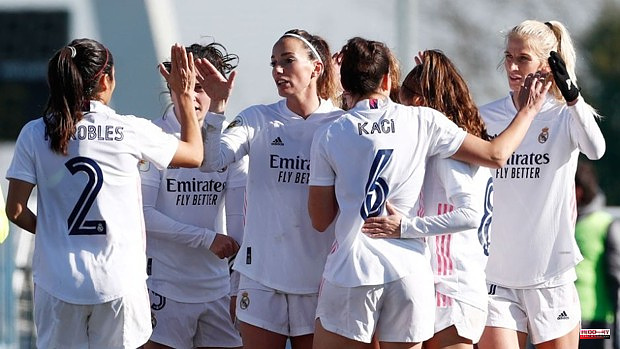 The Swedish players Kosovare Asllani, who ends her contract with Real Madrid on June 30, and Sofia Jakobsson, who left the club a year ago, have described her stay with the white team during the concentration with the Swedish team for the European Championship.

Asllani was the first to question Madrid during an interview with the Swedish agency TT, in which she criticized being forced to play injured: "It's hard to go into details, but it's largely that I think there's a culture in that club, which unfortunately has been created, which I would call an unhealthy environment for the players, in which I myself have been, where among other things I have almost been forced to play injured and I have not received help.

Asllani, who is now closing a stage of three seasons at the club, assures that Madrid do not treat their players well: «I think I have done a lot for the club from the beginning. Then I have seen over the years that they have not treated the players well. It is important that you speak up because no one else has and so there may be changes. I have tried to do it from the first moment I was at the club.

The forward was Madrid's first big signing once it became known of their intentions to create a women's team. She now leaves raising her voice against those responsible for her: «I care a lot about the club, but I think it's in the wrong hands, plain and simple. Many people choose to run over the medical team because they see us players as products and not as people.

Only a day later, Asllani found the complicity of his teammate, Sofia Jakobson, who left Madrid in the summer of 2021 to play for Bayern Munich. He currently plays for the American San Diego Wave Soccer Club. "You think it's an unprofessional environment, where maybe you had higher expectations and you expected them to take care of their players and have a desire for them to be injury-free and perform at their peak. Not being half-injured and playing or being forced to play."

1 Paolo Banchero, Italian surprise for number one in... 2 The collection of a Spanish champion to be able to... 3 Alcaraz, with little margin against Wimbledon 4 Champions Gambit: deciphering the chess format that... 5 Anti-sheikhs clause and double salary: Rodrygo's... 6 The first League split in two 7 The Spanish woman who 'resurrected' a US... 8 "Vayú" also surprises at the Rolex TP52... 9 The Snipe Spanish Cup begins with a record number... 10 The controversy of Zara for charging shipping costs... 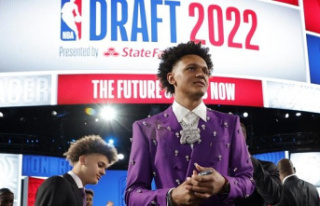 Paolo Banchero, Italian surprise for number one in...