Formula 1, the International Automobile Federation and the Mercedes team condemn the "discriminatory and racist language" of the three-time champion Nelson Piquet, who has referred to the British Lewis Hamilton as "black", and have described his behavior as unacceptable. 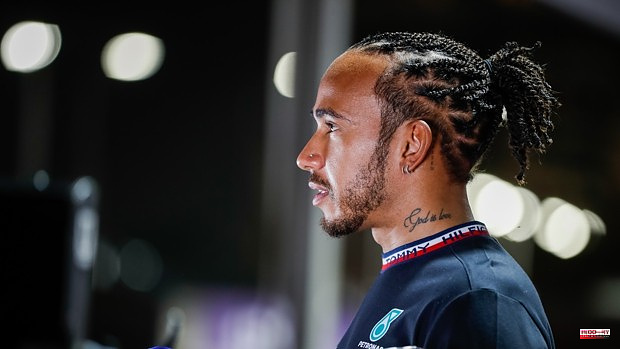 Formula 1, the International Automobile Federation and the Mercedes team condemn the "discriminatory and racist language" of the three-time champion Nelson Piquet, who has referred to the British Lewis Hamilton as "black", and have described his behavior as unacceptable.

“Discriminatory or racist language is unacceptable in any form and is not part of society. Lewis is an incredible ambassador for our sport and deserves respect. His tireless efforts to increase diversity and inclusion are a lesson to many and something we are committed to in Formula 1," F1 ruled in a statement.

During an interview in a Brazilian medium in November last year, Piquet criticized the performance of the Briton, named an honorary citizen of Brazil a few weeks ago, in the collision suffered with the Dutchman Max Verstappen, the boyfriend of his daughter Kelly Piquet, in the Grand 2021 Great Britain Prize.

Now, these statements come to light on the first anniversary of the accident and in the same week as the appointment at Silverstone this season.

“The little black man parked the car and left. Senna didn't do that, Senna went straight ahead," he said, comparing the situation to another between Ayrton Senna and Alain Prost at the 1989 Japanese Grand Prix. has a derogatory and racist connotation in Portuguese.

His team, Mercedes, also came out in defense of the seven-time world champion. “We condemn in the strongest terms any use of racist or discriminatory language. Lewis has spearheaded our sport's efforts to combat racism, and he is a true champion of diversity on and off the track. Together we share a vision for diverse and inclusive motorsport, and this incident underscores the critical importance of continuing to strive for a bright future."

The FIA ​​joined in condemning Piquet's statements, recalling that such racist language "has no place in sport or in society in general." "We express our solidarity with Lewis Hamilton and fully support his commitment to equality, diversity and inclusion in motorsport," he concluded.

Hours later, Lewis Hamilton himself valued the three-time world champion's statements. "We are going to focus on changing the mentality," he wrote in Portuguese on the social network Twitter, before stating that the Brazilian ex-pilot's words are "more than a language."

“These archaic mentalities must change and they have no place in our sport. I have been surrounded by these attitudes directed towards me all my life. There has been a lot of time to learn. The time to act has come », he concluded.

1 Arrested for throwing two glass glasses and threatening... 2 Mazón, on the Oltra case: "There is no consistency... 3 Requena presents his candidacy to enter the Regulatory... 4 The Prosecutor's Office investigates the deaths... 5 The Spanish Prosecutor's Office opens an investigation... 6 Two female lynxes, mother and daughter, raise their... 7 29 individuals identified for carrying out anti-NATO... 8 This was the catastrophic failure of the Russian air... 9 Amazon eliminates inflatable plastic pillows in its... 10 Strong Badosa debut at Wimbledon 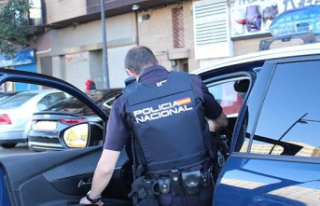