Two female lynxes, mother and daughter, raise their two litters of six puppies together in a haystack in Ciudad Real

Odrina and Queen are two female lynxes, mother and daughter, who have chosen a barn on the Peñalajo estate (Ciudad Real) to jointly raise their two litters of three cubs each. 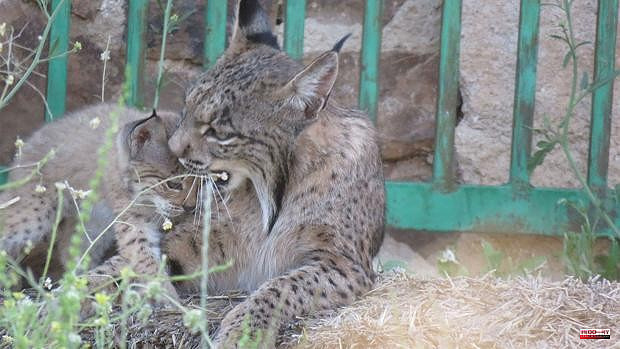 Odrina and Queen are two female lynxes, mother and daughter, who have chosen a barn on the Peñalajo estate (Ciudad Real) to jointly raise their two litters of three cubs each.

As explained by the environmental organization WWF in a press release, at first it was thought that it had been a birth of six puppies from the same mother, something strange given that a mother usually has between two and four offspring.

Reviewing the videos, members of the WWF found that there were actually two mothers with three cubs each and that they were breeding together.

This is the sixth litter born in this barn, which has become a regular breeding space.

In fact, both mothers were also born under the shelter of this shelter.

In this place there is no human activity, it is "abandoned", so the female lynxes feel safe to give birth in it and raise their cubs in their first months of life.

1 29 individuals identified for carrying out anti-NATO... 2 This was the catastrophic failure of the Russian air... 3 Amazon eliminates inflatable plastic pillows in its... 4 Strong Badosa debut at Wimbledon 5 Culture extends the deadline to save Inaem's... 6 Why Ceuta and Melilla are not in NATO 7 The Diputación de Alicante increases its Plan Plan... 8 Asaja and the irrigation community request emergency... 9 Eight minors arrested in a fight with weapons between... 10 Felipe VI, at the NATO summit: "Europe has remained... 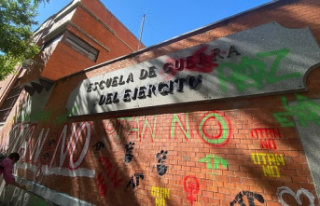 29 individuals identified for carrying out anti-NATO...