The Attorney General of the State, Dolores Delgado, has signed a decree this Tuesday that entrusts the prosecutor of the Immigration Coordinating Chamber, Beatriz Sánchez, to investigate the circumstances surrounding the death of at least 23 people in Morocco during the jump of the fence of Melilla that took place last Friday. 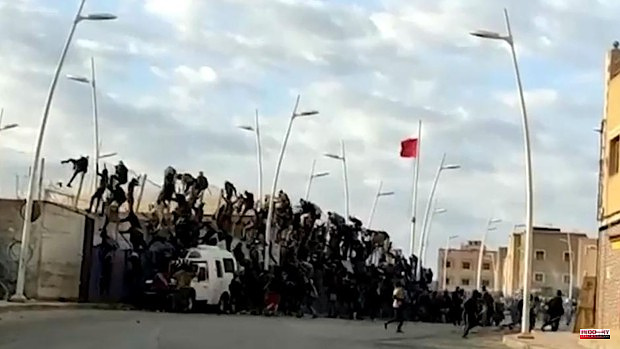 The Attorney General of the State, Dolores Delgado, has signed a decree this Tuesday that entrusts the prosecutor of the Immigration Coordinating Chamber, Beatriz Sánchez, to investigate the circumstances surrounding the death of at least 23 people in Morocco during the jump of the fence of Melilla that took place last Friday. Dozens of people were injured.

According to the Prosecutor's Office in a statement, the Immigration Coordinator had raised this morning a communication requesting the opening of proceedings to clarify what happened. The decision is based on "the significance and seriousness of the events that occurred, which could affect human rights and the fundamental rights of people, as well as the uniqueness and complexity of the investigation," the note states.

The jump of the fence last Friday, one of the most violent and eventful in recent times, resulted in at least 23 deaths according to the Moroccan authorities, however, the NGOs on the ground raise the count to 37 deaths pending the evolution of the most seriously injured. In total, some 2,000 people would have tried to enter Spanish territory through the area known as Barrio Chino.

These same entities denounce that the Moroccan authorities, where all the fatalities were recorded, have rushed to bury the bodies in mass graves without having carried out the minimum preliminary checks aimed at ascertaining their identity.

The Moroccan police intervention is surrounded by controversy after the main Alawite human rights association, the AMDH, released videos showing the gendarmes piling up the people they were detaining on the ground after their failure to reach Spanish territory. It is the same entity that has released images of the excavation of these graves for the deceased on networks.

The Moroccan authorities have released their own battery of videos and images to counteract the story, showing the level of violence that was experienced in those hours at the Melilla fence. They also blame Algeria for having given way to migrants due to a "deliberate laxity of the country in controlling its borders with Morocco."

That Friday, after half past six in the morning, the anti-intrusion device of the Civil Guard Command had already detected a flood of people on their way to the border from Mount Gurugú, an area of ​​Morocco where people tend to settle in makeshift camps. traffic waiting for an opportunity to cross to the other side.

In total, 133 managed to cross the barrier and reach the Temporary Stay Center for Immigrants in Melilla, where, among other organizations, the Coordinator of Neighborhoods and the Jesuit Migrant Service have denounced, the new arrivals have been held in solitary confinement. as a covid prevention measure, without, in his opinion, that decision being protected or justified at present by any order or protocol.

They have sent a request to the Ministry of Social Inclusion and Migration on behalf of six of these people to demand the cessation of this "de facto situation" of "deprivation of liberty" that they equate to illegal detention. It should be remembered that temporary stay centers are not detention centers: guests enjoy freedom of movement following basic rules of coexistence and once they have been reviewed by the National Police upon arrival.

In parallel, the Ombudsman has opened his own investigation and has required documentation from all the competent administrations, starting with the Government Delegation in Melilla, based on the complaint filed by a total of nine associations, as reported by the institution in a release.

1 Two female lynxes, mother and daughter, raise their... 2 29 individuals identified for carrying out anti-NATO... 3 This was the catastrophic failure of the Russian air... 4 Amazon eliminates inflatable plastic pillows in its... 5 Strong Badosa debut at Wimbledon 6 Culture extends the deadline to save Inaem's... 7 Why Ceuta and Melilla are not in NATO 8 The Diputación de Alicante increases its Plan Plan... 9 Asaja and the irrigation community request emergency... 10 Eight minors arrested in a fight with weapons between... 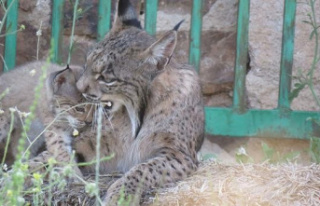