Requena (Valencia) has presented a joint candidacy with the town of Almendralejo (Bajadoz) to obtain a position on the Regulatory Council of the Protected Designation of Origin Cava, whose elections will take place next Wednesday, July 6. 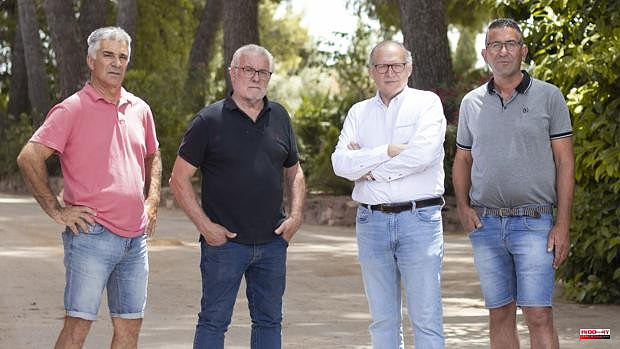 Requena (Valencia) has presented a joint candidacy with the town of Almendralejo (Bajadoz) to obtain a position on the Regulatory Council of the Protected Designation of Origin Cava, whose elections will take place next Wednesday, July 6.

The Valencian municipality has the largest number of independent wine growers in the entire PDO region and, together with Almendralejo, they produce more than eighteen million bottles a year. Despite this sales figure, he has never had a voice and a vote at the most important Cava table.

Dominio de la Vega and its CEO Fernando Medina lead the candidacy that proportionally distributes the posts between wine growers from both towns, up to a maximum of three representatives and three alternates.

The press conference to present the candidacy will take place this Friday, July 1.

In the opinion of Fernando Medina: «We cannot fail to take advantage of the opportunity presented to us by the winegrowers of Requena and Almendralejo to have representation in the Regulatory Council of the DOP Cava. We want to normalize that they occupy a position and break with an anomalous situation that has lasted 36 years. The lack of voice and vote of this important group of winegrowers should be corrected and their presence in the Council should be understood as a sign of normalcy of the more traditional producing areas linked to cava. There are many more things that unite us than the few that can separate us.

And Fernando continues, "all the winegrowers in this census, regardless of where we have our vineyards, have the same problems and possibly the same way of dealing with them, but on this occasion, based on experience, we can contribute and share ideas that could be useful for everyone. Especially those aimed at increasing the prestige of our vineyards and, consequently, that of cavas, along the lines recently undertaken by President Javier Pagés».

Medina is concerned that "Cava may be affected by the advances of other sparkling wines that, far from the Champenoise method, take advantage of the reputation and prestige of this traditional method born in Champagne and that has so much satisfied the most demanding palates" .

In 1986, Dominio de la Vega challenged the new Cava Region created on the occasion of Spain's accession to the European Union, and we did so because they did not include the term Requena. “The Supreme Court agreed with us. Almendralejo also did the same. In both towns there were already Cava-producing wineries registered in Registry number 2 of Cava, thus recognized by what was then called the 'Sparkling Wine Regulatory Council'”, they explain.

«All those years there has been mutual respect on the part of those of us who have been working and collaborating discreetly for quality cava; it only remains that we can complete our contributions by bringing some ideas and criteria to the Council. And even more so, after verifying with the Almendralejo winegrowers that they have the same opinion", highlights Medina.

1 The Prosecutor's Office investigates the deaths... 2 The Spanish Prosecutor's Office opens an investigation... 3 Two female lynxes, mother and daughter, raise their... 4 29 individuals identified for carrying out anti-NATO... 5 This was the catastrophic failure of the Russian air... 6 Amazon eliminates inflatable plastic pillows in its... 7 Strong Badosa debut at Wimbledon 8 Culture extends the deadline to save Inaem's... 9 Why Ceuta and Melilla are not in NATO 10 The Diputación de Alicante increases its Plan Plan... 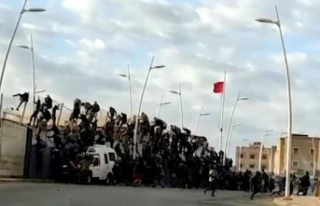 The Prosecutor's Office investigates the deaths...