A video circulating on social media claims to show a failed launch of a Russian air defense system missile from the city of Alchevsk in Luhansk Oblast, Ukraine. 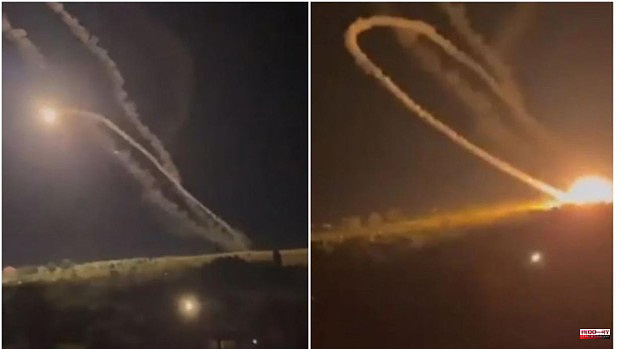 A video circulating on social media claims to show a failed launch of a Russian air defense system missile from the city of Alchevsk in Luhansk Oblast, Ukraine. The footage shows what appears to be a missile rising into the sky before turning around and hitting the ground near its launch point in a blast.

The video was originally shared by Telegram's Face Of War channel. The city of Alchevsk, where the incident is said to have taken place, is in eastern Ukraine, partially occupied by pro-Russian separatists. Another clip posted on Telegram by Inform Napalm, a volunteer initiative that monitors the war between Russia and Ukraine, appears to show several scenes of the same incident from different angles.

Smoke trails in the sky suggest that three defense missiles had already been fired. Russian can be heard speaking in some of the clips.

The cause of the strange malfunction is unclear. According to the Ukrainian news outlet 24TV, the explosion caused a fire not far from residential buildings in the area.

Some videos from the scene after the explosion showed a large fire where the missile landed, 24TV reported. The person who recorded the video said the missile landed on Alchevsk's Sarmatskaya Street, on the eastern outskirts of the city.

Just a few days earlier, on June 19, Russian forces attempted to launch missile attacks on the city, but the first rocket exploded in the sky above the city shortly after launch and fell apart, the news outlet reported.

In a separate incident on Friday, a Russian military plane crashed and caught fire in western Russia, killing four people and injuring five others, according to local media reports.

Citing the Russian Defense Ministry, the Russian state-run Interfax news agency reported that the IL-76 military transport plane crashed near the city of Ryazan after attempting an emergency landing due to an engine malfunction during a flight. training. The plane "partially collapsed" while trying to land, the ministry said. Four people were killed and five were injured and taken to hospitals in Ryazan, local government officials said.

1 Amazon eliminates inflatable plastic pillows in its... 2 Strong Badosa debut at Wimbledon 3 Culture extends the deadline to save Inaem's... 4 Why Ceuta and Melilla are not in NATO 5 The Diputación de Alicante increases its Plan Plan... 6 Asaja and the irrigation community request emergency... 7 Eight minors arrested in a fight with weapons between... 8 Felipe VI, at the NATO summit: "Europe has remained... 9 Escrivá saves the self-employed reform by halving... 10 Etalentum creates a robot capable of avoiding the... 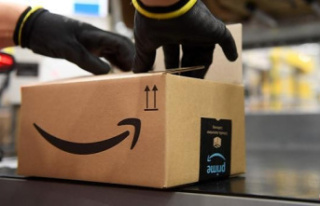