Agents of the National Police have arrested a 27-year-old man in Valencia, as the alleged perpetrator of a crime of injury, after apparently attacking another with scissors and a glass, who had to undergo surgery. 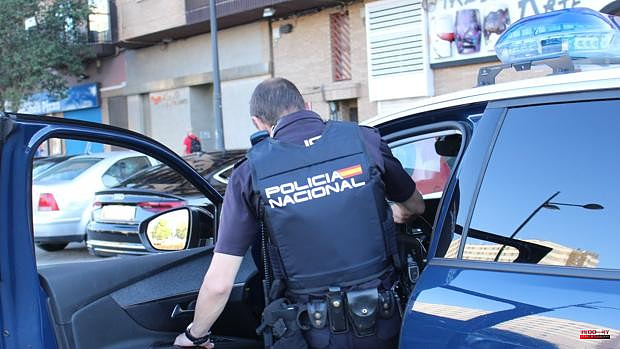 Agents of the National Police have arrested a 27-year-old man in Valencia, as the alleged perpetrator of a crime of injury, after apparently attacking another with scissors and a glass, who had to undergo surgery.

The events occurred around 8:30 p.m. last Friday afternoon, on a street in the Valencian district of Ruzafa, when the agents who were carrying out prevention work were commissioned by the 091 Chamber to go to the place, where apparently it was taking place a fight between two people and one of them was carrying a knife, as detailed by the National Police in a statement.

The agents went to the place, where they found a man bleeding, who had a deep wound in one of his hands, for which they immediately requested the presence of health care, which transferred the victim to a hospital in Valencia.

Before being transferred, the man told the agents that his assailant was an acquaintance. The police officers, after interviewing several witnesses, found out that moments before, apparently, two men had started arguing and, at a given moment, one of them had taken out a pair of scissors, threatening and trying to attack the other with them, who ran towards a nearby construction container to pick up material and throw it at it.

Apparently, at that moment, the first man approached the tables of a nearby bar, grabbed two crystal glasses that he threw at the victim and one of them hit one of his hands, causing a deep cut on his hand by the impact. who was bleeding profusely.

The agents, after some steps, identified and arrested the aggressor as the alleged perpetrator of a crime of injury. The arrested person, with numerous police records, was released, after being heard in a statement, but not before being warned of the obligation to appear before the judicial authority when required to do so. The victim had to undergo surgery and has been several days admitted to the hospital.

1 Mazón, on the Oltra case: "There is no consistency... 2 Requena presents his candidacy to enter the Regulatory... 3 The Prosecutor's Office investigates the deaths... 4 The Spanish Prosecutor's Office opens an investigation... 5 Two female lynxes, mother and daughter, raise their... 6 29 individuals identified for carrying out anti-NATO... 7 This was the catastrophic failure of the Russian air... 8 Amazon eliminates inflatable plastic pillows in its... 9 Strong Badosa debut at Wimbledon 10 Culture extends the deadline to save Inaem's... 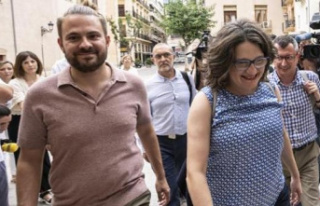 Mazón, on the Oltra case: "There is no consistency...