Nadal does not give up on his foot injury: "We have to find a solution"

The Musketeers Cup shines together with Rafa Nadal, who recovers that trophy after the defeat in the semifinals last year and after a year full of unknowns, doubts and turns with his foot. 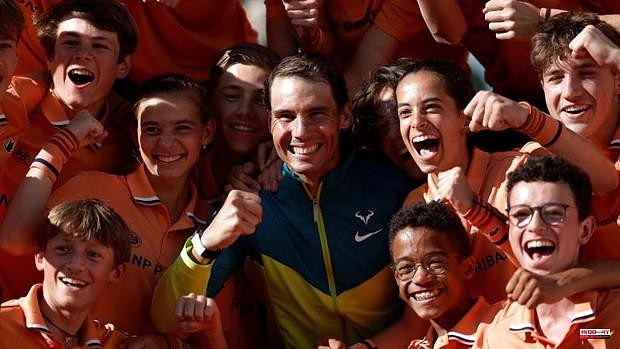 The Musketeers Cup shines together with Rafa Nadal, who recovers that trophy after the defeat in the semifinals last year and after a year full of unknowns, doubts and turns with his foot. The tennis player warned that he would not say anything about the treatment that he has carried out during the tournament until the end of it, and already become the champion of Paris, fourteenth title in the Philippe Chatrier and 22 Grand Slams, it is clear:

“The only thing that could be done to give me a chance to compete here with any chance was to put my foot to sleep. A remote blockade has been done with injections of anesthetic that affect the sensory nerves of the foot.

Before each match. I am playing without pain, but also with zero sensation. Like when you go to the dentist or have something operated on: foot, no sensitivity, no sensation. That's why I was able to play, a very simple explanation."

Very simple, but, on the one hand, it has allowed him to play in 'good' conditions, but it also hides a negative side: «You don't have to do anything heroic about something that isn't. I have not played with pain in the foot. The problem is mentally accepting all the things you have to do to play a game, isolating yourself from all those problems. “Keeping in mind that the remote nerve injections have worked well for me, now we are going to do a treatment: an intervention on the two nerves that have worked well for me and that have relieved my pain: pulsed radiofrequency injections that could reduce the feeling in the foot. If you get the feeling you have playing, not so much asleep, but disinhibit the nerve, remove that sensation of pain that is so permanent when you are not asleep, let's see if with these treatments you can leave the nerve half asleep and more permanent, although I leave the foot with little sensation, but with less pain. You have to trust."

It was worth it? «Of course it's worth it, I don't know how many I have left or if it was the last Roland Garros. I do not know. My dream was to try to compete here with options, although the preparation was not ideal. It is a magical place for me. In a Grand Slam, if you have a prepared head, it may be that you win a few matches without having to be at your best level. It gives you the option to click. And it was done, in the fifth set against Felix Auger-Aliassime and then against Djokovic.

With the Cup already in his lap, he does not stop looking forward, there will be time to do it backwards: «What cannot be done is to extend what I am doing in time. You have to find a solution. If the treatment doesn't work, you have to be realistic, there are different options, but I keep that to myself. It is a life approach of mine, if it compensates or stops making sense. Considering an operation that would not fully assure me, I could improve, but not fully ensure the possibility of being able to continue, I have to talk to myself very calmly and make a life decision, if it would compensate for being half unemployed for months and without security . I do not know. Now I'm not ready to make that life decision."

Nor to secure his place at Wimbledon, which he will assess with his team in the coming days. «Wimbledon is a priority: if I can play with anti-inflammatories, yes I will go, if I have to go with anesthesia, no. I will not risk my life. But I'm positive and I'm confident."

And to end the doubts, Nadal's word: «I don't think much about the 'and if there were', it is what it is. I am confident that things will work out and I am confident that I will continue because I am at a beautiful moment in my career, enjoying the gift of continuing to play at this age, I would not have imagined it ten years ago.

1 Wales snatches world dream from Ukraine 2 "The best tennis player in history is called... 3 Inmaculada Nieto promises taxi driver that their government... 4 Burgos says goodbye to the Jubilee Year and closes... 5 Abadía Retuerta LeDomaine celebrates its tenth anniversary... 6 Banville announces in Valladolid that his next novel... 7 A 38-year-old mountaineer dies after falling into... 8 Ana Peleteiro announces that she is pregnant 9 Wales keeps Ukraine out of the World Cup with their... 10 Felipe VI: "Rafa is deserving it, it's amazing... 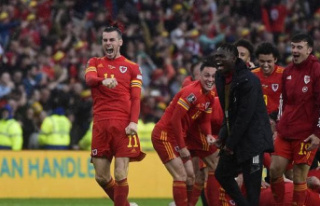