Burgos said goodbye this Sunday to the Jubilee Year, which began on November 7, 2020, granted by Pope Francis on the occasion of the 800th anniversary of the laying of the first stone of Burgos Cathedral. 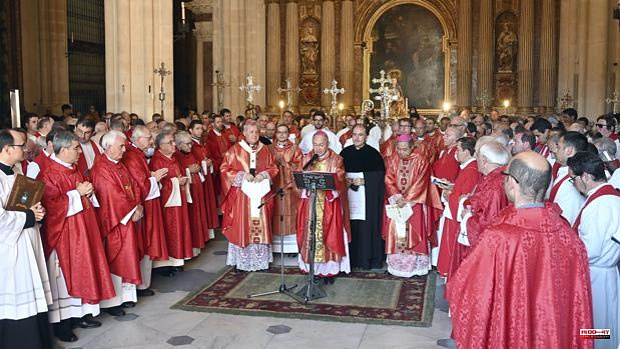 Burgos said goodbye this Sunday to the Jubilee Year, which began on November 7, 2020, granted by Pope Francis on the occasion of the 800th anniversary of the laying of the first stone of Burgos Cathedral. A mass presided over by the substitute for the Secretary of State of the Holy See, Monsignor Edgar Peña Parra, has put an end to the acts of celebration of the Holy Year, which has been carried out for 19 months, due to the seven-month extension due to the COVID-19 pandemic.

During the afternoon of this Sunday, June 5, coinciding with the solemnity of Pentecost, the Holy Door of Forgiveness has been symbolically closed, ending the Holy Year, during which nearly 200,000 people made a pilgrimage to the Seo Burgos to celebrate the Jubilee.

Prior to the mass, which was celebrated in the Burgos temple, a procession took place from the Faculty of Theology to Calle Santa Águeda, and then headed to the Cathedral. There, the Archbishop of Burgos, Mario Iceta, has signed the final document of the Diocesan Assembly, symbolically closing the Holy Door. Representatives of different ecclesial sectors and ten bishops of the country who have attended the procession have participated in this celebration.

Before the mass, in the Plaza de Santa María, musical performances and testimonies, with which they sought to represent the entire archdiocese in its different pastoral sectors and its territories. The event was attended by various groups from the archdiocese, such as the Pastoral Gitana choir, the 'SUM' group from the Niño Jesús school, 'Paradigma' from Faustino Díez, and various parish choirs.

During these months, the Puerta de Santa María of the Cathedral of Burgos, baptized during the Jubilee Year as Puerta Santa del Perdón, received thousands of people, arriving from different points of the map, to win the jubilee. An act that during the first months was affected by the pandemic and capacity restrictions, but that little by little was resuming activity, with a greater influx of pilgrims.

1 Abadía Retuerta LeDomaine celebrates its tenth anniversary... 2 Banville announces in Valladolid that his next novel... 3 A 38-year-old mountaineer dies after falling into... 4 Ana Peleteiro announces that she is pregnant 5 Wales keeps Ukraine out of the World Cup with their... 6 Felipe VI: "Rafa is deserving it, it's amazing... 7 Marin hopes that all parties will make clear their... 8 Moreno promises a "water revolution", which... 9 Queen Elizabeth participates (in the form of a hologram)... 10 These are the cheapest hours of electricity this Monday,... 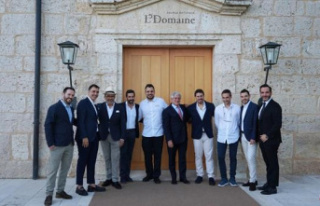