The Irish writer John Banville (Wexford, 1945) visited the 55th Valladolid Book Fair this Sunday afternoon to participate in a meeting with Rubén Abella, as part of the activities with Ireland as the Guest Country of this edition. 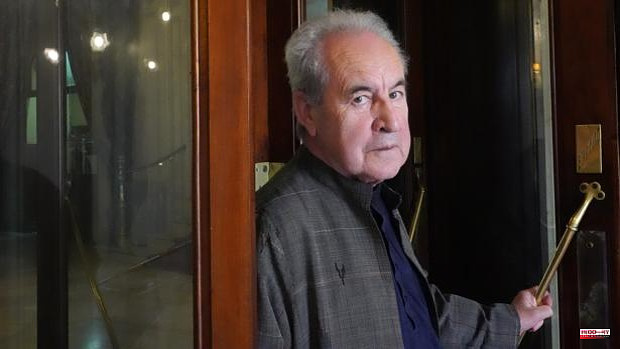 The Irish writer John Banville (Wexford, 1945) visited the 55th Valladolid Book Fair this Sunday afternoon to participate in a meeting with Rubén Abella, as part of the activities with Ireland as the Guest Country of this edition. The author of hypnotic works such as 'The Sea' (2005) or 'The Book of Evidence' (1989) has explained that next October the English edition of 'Las singularidades', his new novel, will be released, which It will arrive translated to Spanish bookstores shortly after, "in January or February" of next year, and "it will be my last book in that format," he has announced, since he has spent six years writing it.

Known for being able to imbue his books with a unique, millimetrically careful style, Banville has recognized that he does not see himself capable of embarking on another novel in the future.

«It would take me too long, I have had to review it about twenty times and every time I did it it seemed to me that it got worse. I could not repeat this process », sentenced him before remembering the old saying:« Novels are never finished, they are abandoned ».

In statements collected by Ical, after joking about the commercial hook title of that next work ("it is very attractive, I think it can sink like a stone," he pointed out scathingly), he has advanced that 'Las singularidades' "is a wonderful book , full of fun, life, escapism and escape", although he clarified that "the reader will also have to do his part and work a little, but everything worthwhile in life requires effort".

Banville, absent with novelties in bookstores around the world since he published 'Mrs. Osmond' in 2017 (his lucid approach to 'Portrait of a Lady', by Henry James, in the manner of a daring sequel), could thus leave behind a path that began more than a century ago, when he published his first novel, 'Nightspawn', unpublished in Spanish in 1971. Yes, he has been much more prolific as Benjamin Black, the pseudonym he adopted from 2006 (when he published 'Christine's Secret') to have fun and unleash his taste for black novels with a series starring Quirke, a doctor very peculiar forensic, whose last installment came last year 'Quirke in San Sebastián' ('April in Spain' in its original title).

In Valladolid, the 2014 Prince of Asturias Award for Letters has recalled his beginnings as a writer, dating back to his tender twelve years of age, when he devoured 'Dublineses', the only book of stories published by his countryman James Joyce. After enjoying it, he began to write "horrible imitations" of those stories that had impacted him so much, until one day he shaped "a short story that seemed not to be mine." «That moment marked me, and made me feel like a writer for the first time. That's where I freed myself », he pointed out.

That initiatory story was 'Long Lankin' (unpublished in Spanish to date), and it marked the beginning of a path. «When people talk about the ability of literature to allow us to escape from our existence, they are wrong. Art takes us into our own life, it gives us more of it, not less », he underlined.

For Banville, «art is not a consumer item, nor does it pretend to teach moral, ethical or political lessons; its function is to intensify our own experience of life and our strangeness at existence.” Questioned about the impact of culture in today's society compared to the weight it had when he began to write, the author of 'Imposturas' (2003) has pointed out that «probably no one is going to be interested in what I write in these times, and if what one writes is not relevant, it becomes irrelevant».

Ironies with depth charge on the sidelines, Banville has stressed that "there are always readers." "We write novels and books, we put them inside a novel, we throw them into the sea and, in some case, someone in distress on a desert island receives them and they may be enlightened." In this regard, he has recalled an anecdote that his late wife experienced when a Mark cashier

1 A 38-year-old mountaineer dies after falling into... 2 Ana Peleteiro announces that she is pregnant 3 Wales keeps Ukraine out of the World Cup with their... 4 Felipe VI: "Rafa is deserving it, it's amazing... 5 Marin hopes that all parties will make clear their... 6 Moreno promises a "water revolution", which... 7 Queen Elizabeth participates (in the form of a hologram)... 8 These are the cheapest hours of electricity this Monday,... 9 Afternoon of nuances in the first of the Potter 10 Luis Enrique: "We depend on you and we will continue... 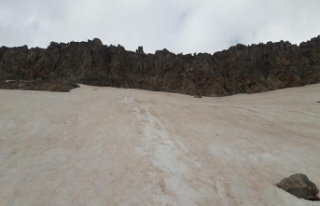 A 38-year-old mountaineer dies after falling into...