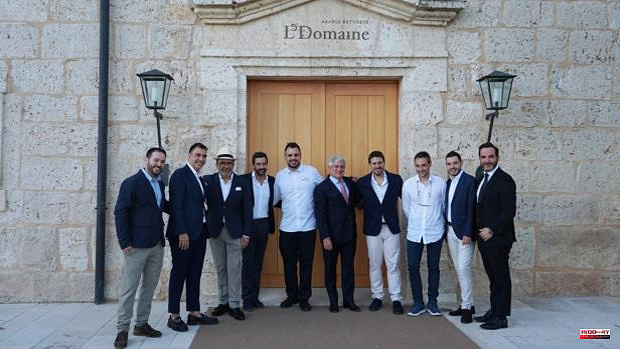 With this appointment, Abadía Retuerta LeDomaine toasts for ten years of "work, dedication and commitment to the environment and the search for excellence". The firm opened its doors in 2012 in the surroundings of the Abbey of Santa María de Retuerta, declared of Cultural Interest by UNESCO, and located on the N-122, in Sardón de Duero (Valladolid).

A dinner starring the 'Captured Territory' proposal by its chef Marc Segarra, with a representative cocktail from its new menus, Terruño and Legado, a review of its first decade of work, dedication and commitment to the environment and the search for excellence.

From its beginnings, Abadía Retuerta LeDomaine was designed to achieve the goal of the ranch. With a 700-hectare estate that houses an imposing 12th-century monastery. The Five Star hotel has 8,000 square meters for 30 luxurious rooms, overlooking a sea of ​​vineyards. Its flagship is Refectorio, with a Michelin star since 2014, a Green star since 2020 and two Repsol Suns, led by chef Marc Segarra.

1 Banville announces in Valladolid that his next novel... 2 A 38-year-old mountaineer dies after falling into... 3 Ana Peleteiro announces that she is pregnant 4 Wales keeps Ukraine out of the World Cup with their... 5 Felipe VI: "Rafa is deserving it, it's amazing... 6 Marin hopes that all parties will make clear their... 7 Moreno promises a "water revolution", which... 8 Queen Elizabeth participates (in the form of a hologram)... 9 These are the cheapest hours of electricity this Monday,... 10 Afternoon of nuances in the first of the Potter 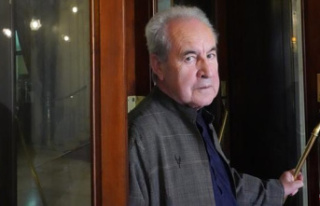 Banville announces in Valladolid that his next novel...