"The best tennis player in history is called Rafa Nadal": congratulations to the Spanish after conquering Paris

The President of the Government, Pedro Sánchez, congratulated Rafael Nadal after winning his fourteenth Roland Garros title this Sunday by beating Norwegian Casper Ruud in just three sets in the final of the second Grand Slam of the season. 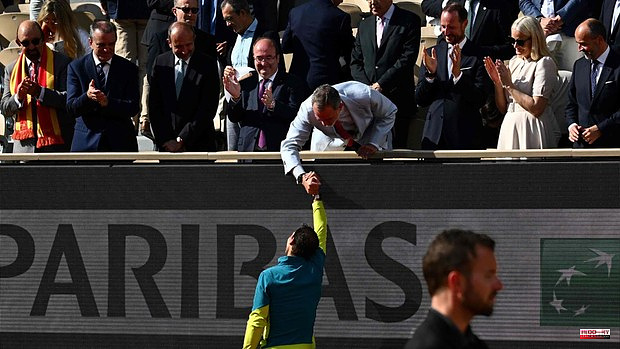 The President of the Government, Pedro Sánchez, congratulated Rafael Nadal after winning his fourteenth Roland Garros title this Sunday by beating Norwegian Casper Ruud in just three sets in the final of the second Grand Slam of the season.

As Sánchez has written on his Twitter profile, "the best tennis player in history is called Rafael Nadal, he is Spanish and has just won his 14th Roland Garros", he has tweeted to congratulate the Mallorcan, attaching a video of his last point.

His is just one of the many congratulations that the man from Manacor has received. From the political sphere, members of the Government have made public statements such as the Minister of Finance and Public Administration, María Jesus Montero, highlighting the "new success that makes her legend even greater", but also the President of Congress, Meritxell Batet, or the spokespersons of United We Can and Citizens, Pablo Echenique and Inés Arrimadas, have done the same, as well as the president of the Community of Madrid, Isabel Díaz Ayuso.

Nadal, a self-confessed madridista, has also received congratulations from Real Madrid, as well as from various players such as Courtois and Toni Kroos. Also of athletes from different disciplines such as the badminton player Carolina Marín, the cyclist Alberto Contador or the motorcycle racer Marc Márquez.

King Felipe, who enjoyed the match in Paris, highlighted the greatness of the Spanish athlete on Eurosport: «Rafa deserves this, it is a joy to see him play, it is wonderful to see him compete and enjoy it, 14 times, 22 Grand Slams, that awful!".

However, in addition to the individual congratulations from the monarch, the official account of the Royal House also wanted to congratulate him: «The 14th in Paris!!! Unrepeatable », can be read in a tweet.

1 Inmaculada Nieto promises taxi driver that their government... 2 Burgos says goodbye to the Jubilee Year and closes... 3 Abadía Retuerta LeDomaine celebrates its tenth anniversary... 4 Banville announces in Valladolid that his next novel... 5 A 38-year-old mountaineer dies after falling into... 6 Ana Peleteiro announces that she is pregnant 7 Wales keeps Ukraine out of the World Cup with their... 8 Felipe VI: "Rafa is deserving it, it's amazing... 9 Marin hopes that all parties will make clear their... 10 Moreno promises a "water revolution", which... 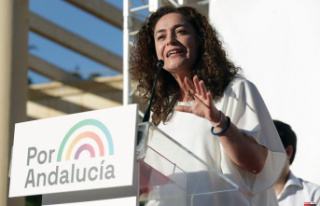