The Nicaraguan dictatorship orders the closure of the Language Academy: “It is unheard of”

In 1928, seven intellectuals met in Managua to found the Nicaraguan Academy of Language. 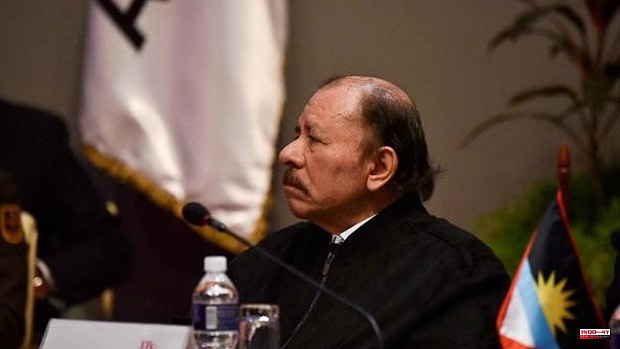 In 1928, seven intellectuals met in Managua to found the Nicaraguan Academy of Language. On August 8 of that year, the institution acquired legal status, chose a motto (a verse by Rubén Darío: "In spirit united, in spirit and desire and language") and was installed in the hall of honor of the Ministry of Foreign Affairs. At this point (2022) it was already the oldest civil organization in the country, which is why the order of dictator Daniel Ortega to close it has caused such a stir inside and outside its borders.

“It is something unheard of. It is an institution that enjoys the respect of the whole world. This can only be understood by the regime's policy of not leaving any space for any organization, be it cultural or for the promotion of human rights.

In Nicaragua, the State, within its totalitarian project, aspires to a monopoly of cultural and social," says the writer and Cervantes Prize winner Sergio Ramírez, who has lived in exile since October last year, when Ortega issued a search and arrest warrant against him.

"This is the only case in the world of a language academy that has been closed 'manu militari'. This has not even happened in Cuba,” adds the novelist. The poet Gioconda Belli, who belongs to this academy and is also in exile, expresses it this way: «It is an institution that has survived several dictatorships, no dictator had the clumsiness to close it... It has only done good to the country, because thanks to this academy Nicaraguan Spanish is incorporated into the Dictionary of the Spanish Language. In addition, it is an apolitical organization, as stated in its statutes, and is made up of people of all ideologies, favorable and not favorable to the Government.

Even so, since Friday the Nicaraguan Academy of Language is one of the eighty-three NGOs included in the blacklist of the Ministry of the Interior, which is the body that controls them and that intends to take away their legal personality, which means that it is impossible of managing a bank account, paying payroll and, in the end, what leads to their disappearance. According to Belli, noncompliance with requirements that they themselves invent on the fly is used as an excuse, all with the aim of denying the certificate that allows them to operate as NGOs. In this case, they accuse the academy of not having registered in the register of "foreign agents", this being a national organization...

This is a common practice since 2018, and it seems to have intensified in recent months with the "neutralization" of hundreds of organizations, as Belli recalls. She herself has already suffered the closure of the Pen Club delegation in Nicaragua (she was its director), and a few weeks ago she received another setback: the cessation of the Granada International Poetry Festival after seventeen editions and thousands of visitors. "Organizations dedicated to women, to education have been closed... It is very serious, because NGOs play a very important role in poor countries: they make up for what the government does not fulfill," says Belli. How can this be explained? “It is a policy of not letting any free and independent civil society entity operate. And this will get worse, no doubt. They will continue to close organizations, they will continue to imprison politicians, they will continue to exercise repressive control over the army, the police… It is a complete authoritarian design,” says Ramírez.

Yesterday, the Royal Spanish Academy (RAE) issued a statement condemning the Ortega regime for this measure, since they understand that it is harming a cultural asset of the first order. "The RAE, which defends the freedoms of thought, expression and association as the first values ​​of any system of coexistence, strongly supports and vindicates the legitimate right of the Nicaraguan Academy of Language to serve its fellow citizens and to make possible the participation of Nicaragua , in terms of equality, in the preservation of the superior cultural asset both of the nation itself and of the community of nations and peoples that share the same language». The Academies of Bolivia and Argentina, among others, also showed their rejection.

The order has been issued, approval is still pending in Parliament, although Ramírez has no doubt that it will go ahead: “It will be voted by a show of hands with the support of the vast majority of deputies, removing those that are for decoration. Parliament is absolutely controlled by the government." However, he warns, this will not stop them. «Those who deal with language are not going to stop dealing with language, nor with literature. Now they will do it clandestinely, or in exile, like so many things in Nicaragua », he sentences. Belli agrees with him: «The closure is going to hinder us, but it is not going to stop us. We academics have a commitment to the language, to the people of Nicaragua and to the rest of the countries that share this language. We do not want to stop doing this work. We're going to do it anyway."

1 They find in the Egyptian necropolis of Saqqara 250... 2 Madrid resurrects the most festive Shrimp 3 The Government will invest 35 million euros in the... 4 'The other stories of the volcano', the... 5 The Madrid City Council declares six new areas saturated... 6 The judge dismisses five resources not to go to trial... 7 The 'catalanization' of the Bonfires of... 8 The Catalan Government consummates its stratagem and... 9 The minister of Catalan culture, one step away from... 10 The Yolanda Díaz document that evidences the political... 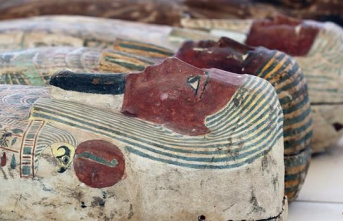 They find in the Egyptian necropolis of Saqqara 250...