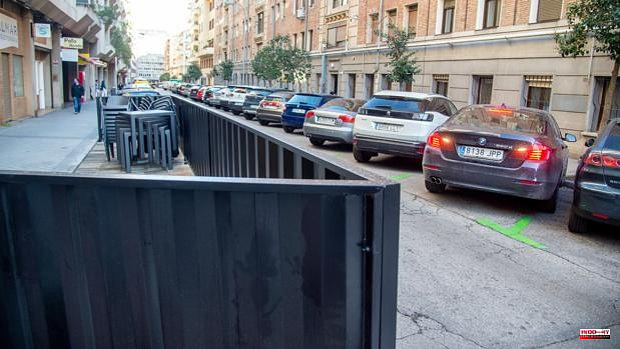 These are added to another declared as such on May 17 on Calle de la Montera, district of Centro. With these six new saturated areas, determined after the study of pedestrian traffic and the assessment of noise measurements, there are already a total of 37 throughout the city, the city council has reported.

Thanks to the measurements carried out, environmental conditions have been verified where the high occupation on the pavement had already been verified.

In the case of Centro, this area is declared saturated because it is within the scope of the Special Acoustic Protection Zone (ZPAE) and in Chamberí, due to the results that emerge from the study of noise measurements taken as a basis for the start of the impulse of the future ZPAE declaration, which indicates that in some sections the permitted acoustic limits are exceeded.

The declaration of these six new saturated areas will result in the start of joint management plans in five areas of Chamberí and in Calle de la Montera.

This figure may be used by the districts «for those terraces that, within a saturated area, are arranged on sidewalks, earthen areas, boulevards, squares or pedestrian streets. The initiation of this procedure will determine the suspension of the processing of pending authorizations and the inadmissibility of new applications.

The joint management studies will be submitted to the Terraces Commission for approval and by virtue of what is included in them, the districts will have the ability to establish specific criteria that may affect, among other issues, the granting of authorizations, aesthetic homogenization, establishment of schedules, recommended number of tables or even authorized elements.

In the case of the new saturated area of ​​Santa Engracia, specifically in the section between Ponzano and Bretón de los Herreros, the district itself will be in charge of ordering the lifting of the terraces located in the parking area.

In this line, the Municipal Board of Chamberí has ​​already reduced the occupation of the terraces located in the parking lot on Ponzano Street from José Abascal to Raimundo Fernández Villaverde from 244 linear meters to 89 meters and will soon reduce the terraces in the same proportion. in a parking band that are between Santa Engracia and José Abascal so that they do not exceed the projection of the façade. The Terrace Commission will review the situation in the area in three months.

Since the entry into force of the modification of the Hospitality Terraces and Kiosks Ordinance last February, the 27 terraces in parking bands of the ZPAE zones have been removed and lifting orders have been issued for the 62 terraces of the saturated zones from Salamanca, Chamartín and Retiro.

On the other hand, more than 600 sanctioning files have been initiated, 92 sanctions imposed, six coercive fines and more than 100 withdrawal orders to hoteliers who have failed to comply with current regulations.

1 The judge dismisses five resources not to go to trial... 2 The 'catalanization' of the Bonfires of... 3 The Catalan Government consummates its stratagem and... 4 The minister of Catalan culture, one step away from... 5 The Yolanda Díaz document that evidences the political... 6 Quarrel to the left of the PSOE: Díaz and Garzón... 7 'The Imperial'. A historic cafe in Zocodover... 8 Barcelona opens its first literary residence in Collserola 9 Sixth outbreak of COVID with 36 positives in Ocaña... 10 Putin follows the 'Orwell manual' in Mariupol:... 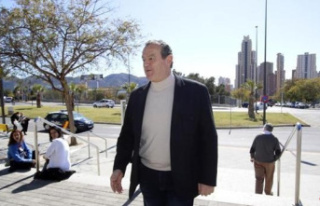 The judge dismisses five resources not to go to trial...