They find in the Egyptian necropolis of Saqqara 250 sarcophagi and 150 bronze statuettes of 2,500 years

An Egyptian archaeological mission has discovered in the Saqqara necropolis, southwest of Cairo, the largest set of statuettes on the site dating from the Late Period of ancient Egypt (724-343 BC): some 150 bronze pieces of different sizes of ancient divinities, such as Anubis, Amon Min, Ozir, Isis, Neftrom, Bastet and Huhour. 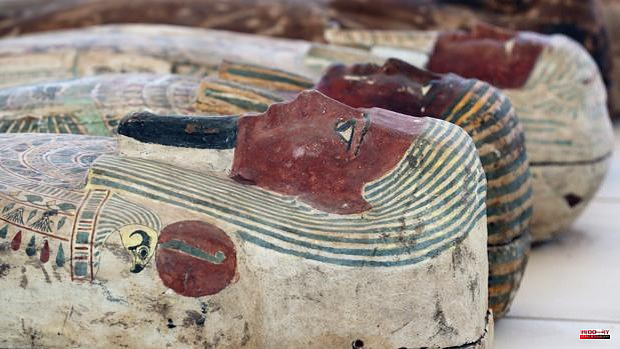 An Egyptian archaeological mission has discovered in the Saqqara necropolis, southwest of Cairo, the largest set of statuettes on the site dating from the Late Period of ancient Egypt (724-343 BC): some 150 bronze pieces of different sizes of ancient divinities, such as Anubis, Amon Min, Ozir, Isis, Neftrom, Bastet and Huhour.

The expedition, led by Mostafa Waziri, secretary general of Egypt's Supreme Council of Antiquities, has also found a collection of 250 sarcophagi dating from around 500 BC. C. as well as instruments used in funerary rituals. In a presentation to the media, Mostafa Waziri explained that the coffins come from new burial pits found by the expedition in the cemetery of the sacred animals (Bubastian).

The sarcophagi are polychrome, sealed (they keep the mummies inside) and in a good state of preservation. The archaeologist has highlighted that in one of the tombs a well-preserved papyrus has been found that would contain fragments of the 'Book of the Dead', which has been sent to the Cairo Museum laboratory to proceed with its investigation.

In addition, the expedition has presented a group of bronze vessels related to the rituals of the goddess Isis; two other spectacular pieces carved in wood that symbolize the aforementioned goddess and Nephthys with golden faces and weeping for the dead, and a headless statue of the architect Imhotep, who built the pyramid of Djoser.

The found objects were displayed in a makeshift display at the foot of the Step Pyramid, 15 miles southwest of the Egyptian capital. This collection will be transferred for permanent display at the new Grand Egyptian Museum, a mega-project still under construction near the famous Pyramids of Giza, on the outskirts of Cairo.

This archaeological mission has been working in Saqqara since 2018. The Egyptian necropolis has yielded a large number of findings in recent years, such as burials belonging to high-ranking officials from the Old Kingdom and the First Intermediate Period; or hundreds of intact sarcophagi.

1 Madrid resurrects the most festive Shrimp 2 The Government will invest 35 million euros in the... 3 'The other stories of the volcano', the... 4 The Madrid City Council declares six new areas saturated... 5 The judge dismisses five resources not to go to trial... 6 The 'catalanization' of the Bonfires of... 7 The Catalan Government consummates its stratagem and... 8 The minister of Catalan culture, one step away from... 9 The Yolanda Díaz document that evidences the political... 10 Quarrel to the left of the PSOE: Díaz and Garzón... 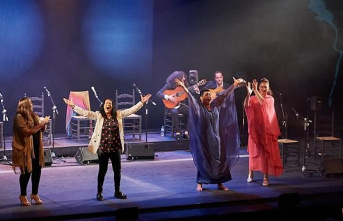 Madrid resurrects the most festive Shrimp