The Second Vice President and Minister of Labor, Yolanda Díaz, appeared this Tuesday at the usual press conference after the Council of Ministers, accompanying the Government spokesperson, Isabel Rodríguez, as did the Minister of Consumption, Alberto Garzón. 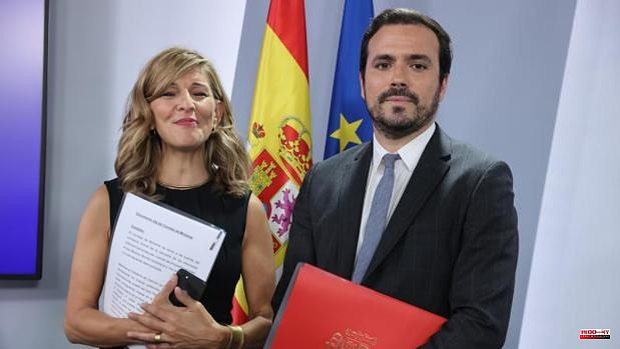 The Second Vice President and Minister of Labor, Yolanda Díaz, appeared this Tuesday at the usual press conference after the Council of Ministers, accompanying the Government spokesperson, Isabel Rodríguez, as did the Minister of Consumption, Alberto Garzón. At the end of the press conference, and as is customary, the members of the Executive chatted with the informants, a moment in which the photographers usually take the opportunity to 'shoot' snapshots in which the ministers appear in more relaxed and different poses than the more corseted from the press conference itself. At that time, and fully aware that she was exposed to the cameras, Díaz was holding in her arms, in addition to her mobile phone, a transparent folder with a sheet of paper bearing the following heading: “Document rdp of the Council of Ministers .

The text that can be read in the images captured by Jaime García, an ABC photographer, shows to what extent the government's appearances are presented as an act of political propaganda and an attack on the opposition. All of this despite the ritual expressions with which the ministers themselves, particularly Isabel Rodríguez, tend to deny such conduct, assuring that from the table in the press room at La Moncloa no political assessments are made or the actions or statements of the ministers are commented on. different parties. Diaz herself said this Tuesday: "As you know, I never refer to formulations made by political parties" she answered one of the questions.

Well, in the document that she herself was carrying, and of which the first page was revealed, it is said that "the Council of Ministers meets at the gates of the formal start of the Andalusian regional election campaign, when the polls point that Moreno Bonilla [Juan Manuel] would need Vox to govern and a demobilized left«. All of this is something perfectly unrelated to the issues that (supposedly) the members of the Government deal with at their weekly work meeting. The text also speaks, in a pure electoral key, of the 'Feijóo effect' or the differences between the current leader of the opposition and his predecessor as president of the PP, Pablo Casado. And all under an unequivocal heading: »Document rdp of the Council of Ministers«.

1 Quarrel to the left of the PSOE: Díaz and Garzón... 2 'The Imperial'. A historic cafe in Zocodover... 3 Barcelona opens its first literary residence in Collserola 4 Sixth outbreak of COVID with 36 positives in Ocaña... 5 Putin follows the 'Orwell manual' in Mariupol:... 6 These are the cheapest hours of electricity this Wednesday 7 Armengol reduces tourist places by law amid doubts... 8 Reyes Maroto highlights that the dairy sector is a... 9 Correos faces three days of strike in the midst of... 10 Sánchez puts obstacles to gas pipeline connections... 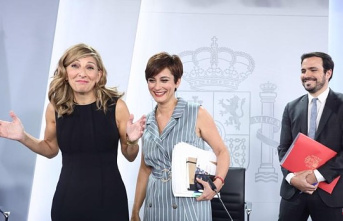 Quarrel to the left of the PSOE: Díaz and Garzón...