The Government alleged this Tuesday, the last day of the deadline set by the Superior Court of Justice of Catalonia (TSJC) for the forced execution, that it cannot apply the December 2020 ruling, which obliges the Ministry of Education to implement 25% of Spanish, as a minimum, throughout the education system and a core or analogous subject in this language. 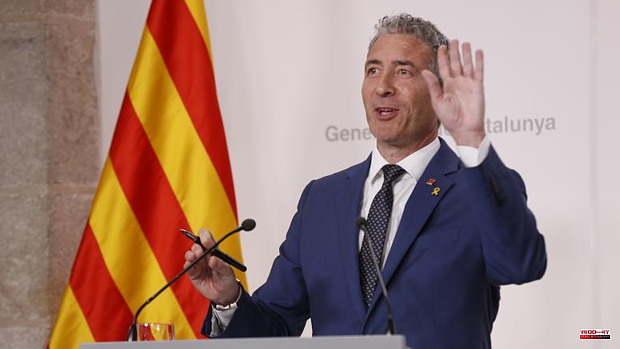 The Government alleged this Tuesday, the last day of the deadline set by the Superior Court of Justice of Catalonia (TSJC) for the forced execution, that it cannot apply the December 2020 ruling, which obliges the Ministry of Education to implement 25% of Spanish, as a minimum, throughout the education system and a core or analogous subject in this language. The stratagem of the Generalitat consists of asking the magistrates for the "legal impossibility of executing the sentence", under article 105 of the Law regulating the Contentious Administrative Jurisdiction, due to a new "regulatory framework", created by the Government itself : the decree-law approved on Monday that expressly indicates "the non-application of numerical parameters, proportions or percentages in the teaching and use of languages."

On this basis, today also, the counselor of the branch, Josep Gonzàlez-Cambray, sent a letter to the educational centers informing them of the allegation presented before the TSJC and giving them instructions to prevent bilingualism in schools and institutes, public and concerted , and reverse it in those that apply it – some 47 by court order, according to the counselor, and a handful more of their own free will – making it impossible for the linguistic projects of the centers to apply 25% of Spanish, if they want the Ministry to validate their projects before the start of the 2022/2023 academic year.

The Government blocks, at least for now until the TSJC rules on these allegations, the application of 25% of Spanish throughout the system, despite the fact that the ruling has been final since 2021. And it opens a path of legal insecurity and total uncertainty , in schools and among teachers and families. One possible response from the TSJC is to raise an issue of unconstitutionality to the Constitutional Court. In turn, this Wednesday it is expected that the Assembly for a Bilingual School, an association legitimized in the cause of the forced execution, will denounce before the TSJC what it considers the flagrant non-compliance of a final sentence.

For his part, Gonzàlez-Cambray, who during the press conference after the ordinary weekly meeting of the Government, was sure that the proposed stratagem is the winner, dared to send a message to the magistrates who must decide on it: "The TSJC, what it has to do, is to ensure that everyone complies with the new regulations." And he did not hide the political objective of the decree-law and the instructions sent to the centers: «The new regulations will help us not to apply any linguistic percentage».

Pending what the TSJC decides, the Ministry of Education expects to receive, this week, the first responses to the instructions sent to schools and institutes to circumvent the 2020 ruling. Basically, in addition to informing about the new regulatory framework , the instructions include seven questions that the directors have to answer, with a 'yes' or a 'no', so that the regional department validates the linguistic projects.

If the answers are all positive, the linguistic project in question will be directly validated by the Ministry of Education. But if there is any negative response, the center will have to adjust the project and within a maximum period of six months. For this, the school management will have the advice of the Ministry.

Thus, one of the seven questions, the one that directly affects the 25% of Spanish, is: «Does the linguistic project avoid the use of percentages in the teaching and use of languages?». Answering 'no' to this question will mean the effective nullity in practice of the linguistic project, which will prevent compliance with the constitutional and statutory precept that establishes, as all the courts have interpreted, the model of linguistic conjunction or bilingualism with Spanish and Catalan as vehicular languages.

1 The minister of Catalan culture, one step away from... 2 The Yolanda Díaz document that evidences the political... 3 Quarrel to the left of the PSOE: Díaz and Garzón... 4 'The Imperial'. A historic cafe in Zocodover... 5 Barcelona opens its first literary residence in Collserola 6 Sixth outbreak of COVID with 36 positives in Ocaña... 7 Putin follows the 'Orwell manual' in Mariupol:... 8 These are the cheapest hours of electricity this Wednesday 9 Armengol reduces tourist places by law amid doubts... 10 Reyes Maroto highlights that the dairy sector is a...

RTL show: swallowing dispute in the jungle camp – Claudia Effenberg is out 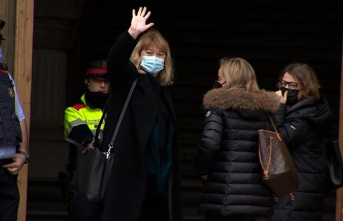 The minister of Catalan culture, one step away from...