'The other stories of the volcano', the largest published work on the catastrophe, with more than 80 direct testimonies 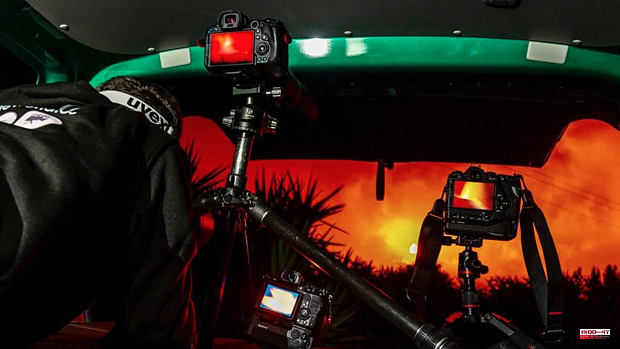 M.R.G.R welcomed 9 people, 10 dogs, a rabbit, 20 birds and 2 cats, E.P.R. lent his house and his garden while someone affected by the volcano arranged the papers, A.G. and his team worried day by day about whether the houses of some neighbors were still standing or not, and they were distributing food and working at the same time, E.R.H., was in the pavilion from day one... R.V.A., 95 years old, who welcomed five people and 2 dogs in his house from September 19 to today...

These are some of the anonymous people included in the book 'The other stories of the volcano', the largest work published to date on the volcanic catastrophe in the Aridane Valley, with more than 80 direct testimonies of this event and impressive aerial photos.

It is a solidarity publication in which more than a hundred people have participated, who saw how their life project was engulfed by the fury of the Cumbre Vieja volcano.

V.S. and L. were evacuated and worked daily in the Los Llanos pavilion so that not a single evacuee lacked anything and at the same time giving them moral support, "I will never forget those arms that welcomed me the first day." They are stories of encouragement, solidarity, support, love for others, resilience and overcoming.

The team of the audiovisual company I Love The World went to La Palma to document the volcano, but their work became a compromise and they returned to the island again and again to offer information to the residents, scientists and civil protection . Once the volcano was over, they wanted to make their experience a solidarity project, the book of testimonies that was presented yesterday in El Paso.

As the I Love The World team explained, many of those affected met again for the first time and heard over the loudspeaker the names and surnames of "those anonymous people who gave everything to help those affected, but who had no official recognition. some". This time it has been »those affected themselves who decorate these people or companies that have dedicated themselves in one way or another for the rest of their lives«.

More than a hundred people have worked in the book "for a better past, present and future" and the book brings together the stories of those affected "narrated in the first person". In this book, they have explained, "it is spoken from the heart and soul of La Palma in a book of unity, of the future, a book that is already historic and necessary to collaborate in building a better world".

C.G.E and S.G.E, who lent their home in El Paso from the first week until the time they needed six affected, giving them love and support in some very hard times and for more than 6 months, are also part of the book.

Hundreds of those affected by the eruption have attended the presentation of this solidarity book. The profits from the sale of this publication will go to a project of the non-governmental organization (NGO) Tierra Bonita to help those affected, legal advice to the affected population and an informative website.

Alfonso Escalero, spokesman for I Love the World, explained with a broken voice, explained how he came to La Palma to make a documentary and soon changed his plan because hundreds of evacuated people (up to 500) contacted him to help them with aerial photos to inform them of the state of their properties during the eruption, since no public administration provided them with this service.

The team "has suffered and continues to suffer with the families who lost their properties, and therefore wants to wash their souls by allocating the full amount of the benefits of this work to help alleviate that suffering."

The book can be booked at the moment in La Palma at Spar supermarkets, at a price of 25 euros for the normal edition and 200 for the collector's edition, and, later, it can be purchased for 50 euros and 250 euros, respectively, on sales platforms online, like Amazon, and other establishments.

Schoolchildren from the area affected by the eruption acted in the act. Thus, boys and girls from the Jedey, Las Manchas de Abajo and Puerto Naos schools participated, as well as from the neighborhoods destroyed by the lava, Los Campitos, Todoque and La Laguna.

The names of the hundreds of people mentioned in a section of the book for their solidarity with evacuated families were projected on a large screen on stage.

1 The Madrid City Council declares six new areas saturated... 2 The judge dismisses five resources not to go to trial... 3 The 'catalanization' of the Bonfires of... 4 The Catalan Government consummates its stratagem and... 5 The minister of Catalan culture, one step away from... 6 The Yolanda Díaz document that evidences the political... 7 Quarrel to the left of the PSOE: Díaz and Garzón... 8 'The Imperial'. A historic cafe in Zocodover... 9 Barcelona opens its first literary residence in Collserola 10 Sixth outbreak of COVID with 36 positives in Ocaña... 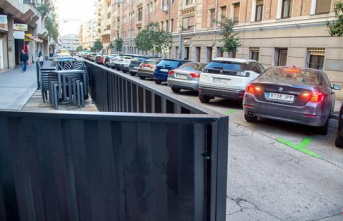