The Valencian Community commemorates this Wednesday the fortieth anniversary of the approval of its Statute of Autonomy wrapped in a new controversy regarding the signs of identity. 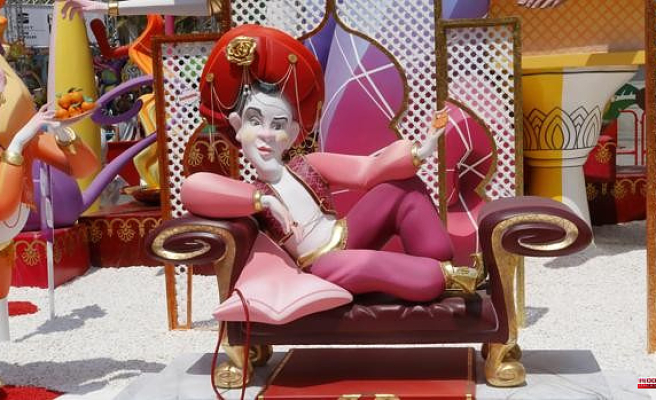 The Valencian Community commemorates this Wednesday the fortieth anniversary of the approval of its Statute of Autonomy wrapped in a new controversy regarding the signs of identity. The Popular Party, Citizens and Vox will not attend the event called by the President of the Generalitat, Ximo Puig, as they disagree with the motto of "Fem country" chosen by the Executive formed by the PSPV-PSOE, Compromís and Podemos.

Opposition groups perceive connotations of an independence bias in the slogan, which, as explained by the president of the PP of the Valencian Community, Carlos Mazón, in an article on ABC, "is inappropriate and has obvious connotations with those imaginary Catalan countries that, precisely They undermine our self-government.”

For the PP, "what was a good opportunity to unite society has become a new episode of attempted ideological manipulation by the Valencian nationalist left."

The controversy overlaps with the proliferation of interference by Catalan separatism before the next celebration on June 24. As ABC published this Monday, the Generalitat of Catalonia classifies the celebration of San Juan within the "holiday heritage" of the "Catalan countries".

The Culture area of ​​the Executive chaired by the independentista Pere Aragonès includes allusions to the commemoration of June 24 as typical of the national day of the "Catalan countries" in the epigraph that compiles different cataloged or declared festive elements.

The Department of the Presidency of the Generalitat itself appears as a collaborator of publications that go further and expressly cite the Bonfires of Alicante or the festival on the night of San Juan de Gandía among this "festival of pagan origin that is celebrated in various ways in the Catalan countries.

The publication Descobrir, which has the collaboration of the Generalitat de Catalunya, groups the festivities of the Alicante capital and those of Gandía among the celebrations of the «Valencian Country», within a block dedicated to the San Juan Festivities in the «countries Catalans».

The mayor of Alicante, Luis Barcala, has described as "indecency" that ERC wants to include the Bonfires of San Juan among the Catalan celebrations along with Barcelona, ​​Menorca or Andorra, among others.

This year, the 2022 work calendar approved by the Generalitat Valenciana establishes June 24 as a paid and non-recoverable holiday at the regional level.

1 The Catalan Government consummates its stratagem and... 2 The minister of Catalan culture, one step away from... 3 The Yolanda Díaz document that evidences the political... 4 Quarrel to the left of the PSOE: Díaz and Garzón... 5 'The Imperial'. A historic cafe in Zocodover... 6 Barcelona opens its first literary residence in Collserola 7 Sixth outbreak of COVID with 36 positives in Ocaña... 8 Putin follows the 'Orwell manual' in Mariupol:... 9 These are the cheapest hours of electricity this Wednesday 10 Armengol reduces tourist places by law amid doubts... 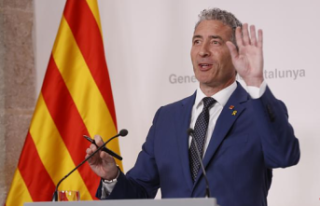 The Catalan Government consummates its stratagem and...