Pair's disappearance from Brazil's Amazon is tied to the 'fish mafia.

ATALAIA DON NORTE (Brazil) -- Authorities said that the main line of investigation by police into the disappearances of a British journalist, and an Indigenous official in Amazon, points to an international network of poor fishermen who illegally fish in Brazil's second largest Indigenous territory. 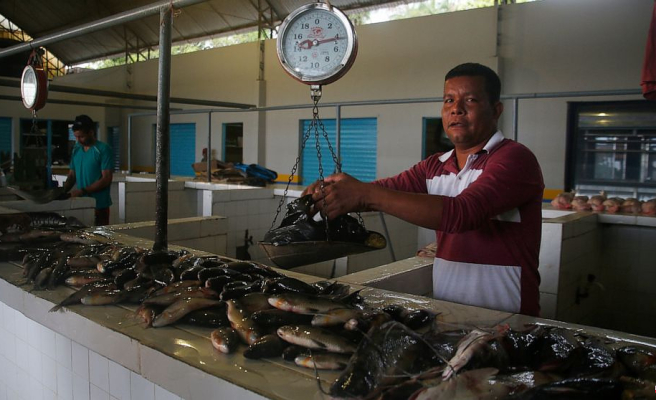 ATALAIA DON NORTE (Brazil) -- Authorities said that the main line of investigation by police into the disappearances of a British journalist, and an Indigenous official in Amazon, points to an international network of poor fishermen who illegally fish in Brazil's second largest Indigenous territory.

Dom Phillips, a freelance journalist, and Bruno Pereira, an Indigenous official were last seen near Javari Valley Indigenous Territory. This territory is located in an area as large as Portugal and borders Peru and Colombia. They were both in the Sao Rafael community. They had intended to return by boat to Atalaia Do Norte, but they never arrived.

The search has been a slow start. However, the army and navy, as well as civil defense and state police, have all been mobilized. Federal police stated that they were still analysing human remains found in the area of their disappearance on Saturday. There were no further details.

Local businessmen manage the scheme. They pay fishermen to enter Javari Valley to catch fish and then deliver it to them. The arapaima, the largest freshwater fish in the world with scales is one of the most important targets. The arapaima can reach 3 metres (10 feet) in length and weighs 200 kg (440 pounds). It is available for sale in several nearby cities such as Leticia (Colombia), Tabatinga (Brazil), and Iquitos (Peru).

Amarildo da Silva de Oliveira (also known as Pelado) is the only suspect in the disappearances. He is currently under arrest. Pereira and Phillips claim that he pointed a gun at them on the day of the disappearance. His family has told the Associated Press that he denies any wrongdoing, and that military police tortured his confession.

Pereira, who was previously the head of FUNAI, the government's Indigenous agency has participated in numerous operations against illegal fishing. These operations involve the securing or destruction of fishing gear and the fines and detention of fishermen. Only Indigenous people can legally fish on their territory.

"The crime's motivation is some personal feud about fishing inspection," Denis Paiva (the mayor of Atalaia do Norte) speculated to reporters, but did not provide any further details.

The AP had access the information that police had shared with Indigenous leaders. Federal police are open to other avenues of investigation. There is a lot of narcotrafficking in the area.

Laurimar Alves Lopes (45), a fisherman who lives near the Itaquai River, where the pair vanished, said to the AP that he had given up fishing in the Indigenous territory following three detentions. He claimed he was subject to beatings and starvation while in prison.

"I made many mistakes and I stole a lot fish. You will go to any length to get the food you need when you see your child starving. To support my family, I would go to the sea to steal fish. He said, "I'm going put an end to it, I'm planning to plant." During an interview aboard his boat.

He claimed he was taken three times to Tabatinga's federal police headquarters, where he was beat and then left without food.

Maxciel Pereira dos Santos, a Funai official, was one of the arrested. Lopes claimed he was falsely charged with hunting in an Indigenous region this time. Lopes claimed he spent one night at the FUNAI base in Tabatinga before being sent to Tabatinga.

Santos was shot to death in Tabatinga, in front of his daughter-in law and wife in 2019. The crime is still unsolved three years later. According to FUNAI colleagues, the crime was linked to the victim's work against poachers and fishermen.

Lopes, a father of five children, said that his primary source of income is $80 a month from a federal social programme. Lopes also sells watermelon in Atalaia do Norte, where he earned around $1,200 last fiscal year. He says he fishes only near his house to provide for his family and not to sell.

All riverbank communities were founded by rubber tappers. However, rubber tapping began to decline in the 1980s and people resorted instead to logging. This was also ended when the federal government established the Javari Valley Indigenous Territory (2001). Since then, fishing has been the main economic activity.

According to Manoel Felipe (a local historian, teacher, and councilman), a fishing trip to the vast Javari Valley takes around a month. One fisherman can earn at least $3,000.

Felipe stated that the fishermen's financiers were Colombians. "Everyone was mad at Bruno in Leticia. This is no small game. They may have sent a gunman in to kill him.

Mayor Paiva believes it is no coincidence that two Funai officials were killed during the administration by President Jair Bolsonaro. He has advocated the tapping of Indigenous territories' resources, especially minerals, by non-Indigenous companies.

"This government made people more likely to commit violence. Talk to anyone today and they will tell you he needs to get arms. He said that it was not like this in the past.

1 During a national tour, Venezuela's opposition... 2 Latino gangs, hotbed of organized crime 3 China accuses the US of trying "hijack"... 4 They ask for three years in prison for a man who threatened... 5 Marta Calvo's mother: "I cannot forgive... 6 The revelations of the committee of the assault on... 7 Ramada and Óscar Peixoto and Nano Yáñez and Manuel... 8 The five Valencian towns that Ikea intends to reactivate... 9 Two alleged thieves die when jumping from a bridge... 10 They look for the remains of a corpse after finding... 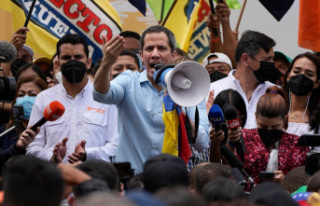 During a national tour, Venezuela's opposition...