«He did not get upset, he did not declare. 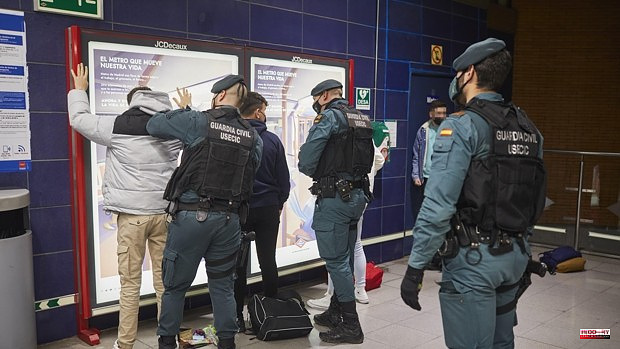 «He did not get upset, he did not declare... He looked with absolute coldness, he did not care that we had just arrested him, with just turned 15, as the author of a murder. Youth gangs, those of Latin origin in particular, are a serious problem, but it is even more so that in 2019 20% of those arrested were minors and this year that percentage has already reached 40%. It is the x-ray of a police expert, who warns: «We are not here to reintegrate anyone, although we go to schools to try to educate the boys. But preventative work is outside our purview."

Has the phenomenon worsened in recent years? It depends on the analysis. There are no more gang members - at least, 'black leg' gang members - but their crimes are more serious.

Unofficial figures speak of between 2,500 and 3,000 members throughout Spain. Madrid is in the lead with between twelve and fifteen blocks or choirs from each active group (Dominican Don't Play, Trinitarios, Ñetas and Blood, above all) made up of between 10 and 15 individuals. Its influence extends to neighboring provinces such as Toledo and Guadalajara. They are followed by Barcelona, ​​Valencia and the Basque Country.

«The two years of the pandemic there was a break, although through social networks there were people, especially the youngest, who joined these groups. When they took to the streets they were eager to take action, and this is what is being experienced, ”an agent accustomed to treating them closely explains to ABC. It translates into four murders in Madrid this year.

The irruption of minors in urban gangs is very powerful and the sources consulted believe that the phenomenon is going to get worse: «They are not aware of the risk, they do not value the consequences. They want to climb the ladder and for that they do whatever they are told. They are called 'warriors' or 'soldiers'. They are the bottom rung of the groups. "They are usually caught to 'machete' or steal, although sometimes they have a more active participation," clarifies another agent.

The last example, this week. The Civil Guard Information Service (UCE3) arrested nine Trinidadians, who had created a chapter in Salou (Tarragona) controlled by two members from Guadalajara. Three are minors and full members of the group. The judge has sent them to a detention center. The operation uncovered a drug and kidnapping 'overturn' and prevented the planned murder of a rival DDP.

The social radiography of these boys gives more clues. «They are kids, most of the time, from broken families; there is no parental control and they find in the group the protection that they do not live at home. Many have not been to school for months and when the teacher tries to contact his parents he cannot. As they get older they tend to disassociate themselves from the band, because the band does not feed, "experts say. But they go on to star in other types of criminal activities, with drug trafficking and violent robberies in the lead. They join this other criminal world, therefore, with the codes of the most serious crime well learned and with a remarkable street criminal experience.

Are Latino gangs the hotbed of the new organized crime? What has been detected, in an incipient way, is that certain individuals who operate in the field of new crime find help in these organizations. A symbiosis begins to be perceived, in which some do the work of 'machacas' in exchange for the others financing them. These are the first alerts, but there are worrying signs. "Certain blocks have gone to a higher criminal level," point out Information experts. It happened in the United States and if it is not stopped it can be reproduced here. The gangs converted into mafias.

More figures: between 400 and 500 boys, only in Madrid, are within these youth gangs; and inside, it means that they are 'pata negra', that they belong to those groups. There are many more who move in this field, who are imitators or who resort to that fourth step for specific actions. Both are of police interest - crossing the border is not uncommon - but the danger of each of them cannot be compared.

The financing of these organizations is key to drug dealing and robbery, with violence and force... The most serious actions -murders, drug 'overturns', beatings...- are always ordered by the heads of each group (the supreme ones) and it is almost always the minors who comply with the instructions, because they have deeply internalized that the penalties for them are much lighter. "They are aware of judicial impunity," the agents acknowledge. The recently turned fifteen-year-old boy that was talked about at the beginning will be on the street with 22, and when he does it he will be with 'gallons' inside his criminal world.

Today there is no criminal superstructure that manages the different groups. In Madrid, chapters of the same 'obedience' coincide, in this case the Ñetas, who have three in Vallecas, and who have contact with each other so as not to enter into conflict. Each 'chapter' of each faction operates autonomously. A few months ago, a meeting of chiefs was detected in Madrid that was going to be held in a town in the south, but the police deployment aborted it. Yes, there are alliances, twinning between groups to attack a third party. In the police ranks, it is the DDP who are at the top, not because of the number of followers, but because of their extreme dangerousness. They have found some allies in the Ñeta who help them defend against the agreement between Trinitarios (the second most powerful group) and the Blood to unseat the former. They are all grown up.

1 China accuses the US of trying "hijack"... 2 They ask for three years in prison for a man who threatened... 3 Marta Calvo's mother: "I cannot forgive... 4 The revelations of the committee of the assault on... 5 Ramada and Óscar Peixoto and Nano Yáñez and Manuel... 6 The five Valencian towns that Ikea intends to reactivate... 7 Two alleged thieves die when jumping from a bridge... 8 They look for the remains of a corpse after finding... 9 A group of Chavista radicals attack Guaidó on his... 10 Extreme heat alert: list of Valencian municipalities... 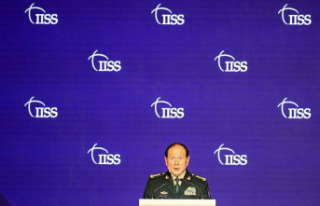 China accuses the US of trying "hijack"...