Marta Calvo's mother: "I cannot forgive my daughter's murderer because he continues to interrupt my mourning"

Just one day before a popular jury begins to judge Jorge Ignacio Palma, confessed author of the disappearance of Marta Calvo's body -still unaccounted for-, at the Provincial Court of Valencia, her mother, Marisol Burón, is "nervous », but «with the desire» that he «pay for all the evil he has done» and that «the full weight of the law falls on him». 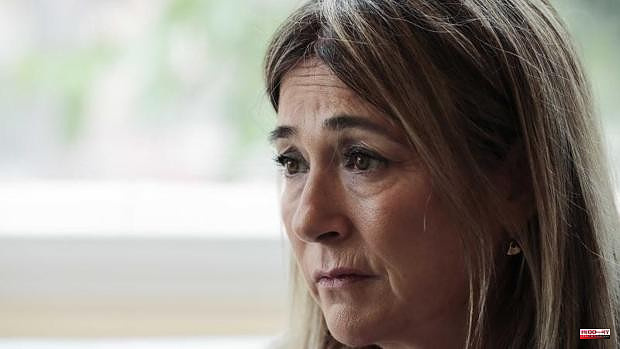 Just one day before a popular jury begins to judge Jorge Ignacio Palma, confessed author of the disappearance of Marta Calvo's body -still unaccounted for-, at the Provincial Court of Valencia, her mother, Marisol Burón, is "nervous », but «with the desire» that he «pay for all the evil he has done» and that «the full weight of the law falls on him».

This 38-year-old Colombian, who confessed to having dismembered the young woman's body but whose death was "an accident", faces a macro-trial divided into eleven parts, one for each known alleged victim, on the more than thirty serious crimes of which he is accused and which will last until July 15.

Of the more than twenty sessions scheduled in the Sala Tirant I of the Valencian City of Justice, Marisol does not plan to "miss any". She only thinks of "seeing the face of the psychopath who killed his daughter", also accused of murdering two more girls, Arliene Ramos and Lady Marcela, during the practice of sexual relations with cocaine and other narcotic substances known as 'fiestas'. white'.

During these three harrowing years, Marta Calvo's mother has not stopped wanting to "look into the eyes" of the man who dismembered her daughter. "It will not be because of desire, although I was going to come out of that meeting worse and he was going to be cooler than a rose, because he has no feelings or scruples or empathizes with anyone," Marisa explains to ABC.

So, "nobody, neither my psychologists, nor the Civil Guard nor my lawyers wanted me to go talk to him, first because he was not going to receive me and second because it would have been very difficult for me," he adds. However, he knows that confronting Jorge Ignacio is the only way "to do justice to his daughter and the rest of his victims."

During last December, the Prosecutor's Office requested up to 130 years in prison for the accused as responsible for three homicides, eleven sexual abuses and a crime against public health, while the private accusations raised the consideration to murder in their writings and claimed reviewable permanent prison.

Something that led Marisol Burón herself to propose a Popular Legislative Initiative in the Congress of Deputies, supported by the relatives of Diana Quer and Marta del Castillo, so that the concealment of a corpse after a murder is classified as an autonomous crime. or homicide.

The proposal presented by the 'Platform for Marta Calvo Burón' to open the debate in Parliament had the support of the main political forces except Podemos. Regarding the purple formation, he alludes that it is the only party that has not been with it "at any time" and, after this time, "does not expect anything from them."

Marisol does not understand the position of the Minister for Equality, Irene Montero, in a case that she describes as gender-based violence: "What would I do if it were one of her daughters," she reflects, "because maybe something has to happen to you in life to open eyes and see that in this society there is more and more evil and nobody does anything to prevent it.

On a social level, this 'mother courage' reports that she has not ceased to feel the support of Spanish citizens, to whom she is "very grateful". She knows that every day she makes a superhuman effort to overcome punishment and do justice and, therefore, she cries out: "I will continue until I achieve it because I am the visible face of all these women."

“Today, I cannot forgive this person,” Marisol steadfastly gives in. "In a few years I don't know," she clarifies, but currently there is no personality because by not revealing where Marta's body is, "she is interrupting my mourning" and "she is not collaborating in anything."

Thus, the main hope that the families of the victims keep goes through the figure of Pilar, the mother of Jorge Ignacio, who availed himself of his right not to testify against his son after his summons in the court of Palma de Mallorca on the past 21 October.

"He only has his mother and says he is an angel without wings," Marisol tells this newspaper. For this reason, she hopes that in her trial "he collapses when he sees her", although "he is not clear either because he has no feelings and surely he does not care".

"The normal thing is that she defends her son, but what less than to show her face," he replies. «It is evident that she is going to say that she is her son and that she loves him, but at least she could have given us her support, that makes me think that she is of the same caliber as the son of her," she says.

The mother of the alleged murderer of her daughter has also tried to contact her on several occasions without any success. "I would tell her to put herself in my place, if she wouldn't like to know where her son is," she explains. In addition, "I would ask her to tell me where she is so that mother can rest, because the damage has already been done, but at least do not do more," she concludes.

1 The revelations of the committee of the assault on... 2 Ramada and Óscar Peixoto and Nano Yáñez and Manuel... 3 The five Valencian towns that Ikea intends to reactivate... 4 Two alleged thieves die when jumping from a bridge... 5 They look for the remains of a corpse after finding... 6 A group of Chavista radicals attack Guaidó on his... 7 Extreme heat alert: list of Valencian municipalities... 8 Joaquín Benito de Lucas and Pedro Tenorio, in memory 9 The best hamburger in Spain: what are its ingredients... 10 Carriedo highlights the joint effort in the success... 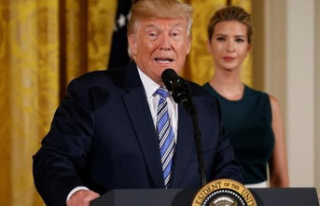 The revelations of the committee of the assault on...