Ivanka Trump has always been the apple of Donald Trump's eye, but her appearance on the House of Representatives committee investigating the former president's campaign to reverse the outcome of the polls in the 2020 election, culminated in the assault to the Capitol on January 6, 2021, has opened a schism between them. 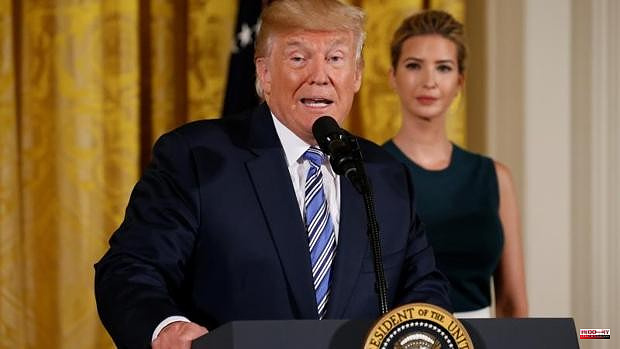 Ivanka Trump has always been the apple of Donald Trump's eye, but her appearance on the House of Representatives committee investigating the former president's campaign to reverse the outcome of the polls in the 2020 election, culminated in the assault to the Capitol on January 6, 2021, has opened a schism between them.

In this week's opening statement, Republican Rep. Liz Cheney outlined the outlines of the committee's investigation, which held Trump responsible for what happened. In it, videos of several of the people from the circle close to the former president who had knowledge of what happened those weeks appeared.

One of them was the then attorney general, William Barr, a staunch defender of Trump in all the legal battles he had during his presidency - for example, in the investigation of Russian interference in the 2016 elections - who, however, did not He communed with the denunciation of massive fraud -non-existent- that the New York billionaire used to try to stay in power.

Some of the things Barr told committee investigators: "I saw zero basis for the allegations," "It was complete nonsense," "I told them it was crazy, they were wasting their time, and doing the country a serious disservice." .

Ivanka was also asked about it, and Trump's favorite broke the former president's version of electoral 'stealing'. "It affected my perspective," Ivanka said of Barr's statement in December 2020 that there was no trace of massive fraud that could affect the election outcome. "I respect Attorney General Barr, so I took what he said for granted."

Trump, who is used to unceremoniously pummeling his critics, made no exception with his daughter. "Ivanka Trump did not participate in the review or study of the electoral results," Trump said in a message on his social network, Truth Social, the one he created after the veto of Twitter and Facebook (which the social networks justified, precisely, because his messages that January 6). "She hadn't been involved for a long time and, in my opinion, I think she wanted to be respectful of Bill Barr and his position as attorney general."

The reality is that Ivanka was a senior adviser to Trump in the White House and remained so until the end of the presidency. She was among those who initially demanded that Trump's legal team "fight" to legally contest the results on election night and in the lengthy recount that followed. But also among those who pressured Trump to send a statement or a video to his supporters on January 6 to stop the assault on Capitol Hill (it took hours to do so).

The dart to Ivanka, for whom her father also coldly uses her last name, could be an attempt to downplay everything that will continue to be heard from her daughter in the coming days. The committee has several public appearances planned for this week and there is no doubt that her words on her video will be part of the story against the former president.

Trump pressured many of his close collaborators not to cooperate with the committee's requirements - there are several declared in contempt for it - but he assured in an interview in 'The Washington Post' that he released both Ivanka and her husband, Jared Kushner, to participate if they deemed it necessary.

Both were investigated for hours and it is known that Kushner was in many meetings where very questionable strategies were discussed in order not to comply with the demand for the peaceful transfer of power.

1 Ramada and Óscar Peixoto and Nano Yáñez and Manuel... 2 The five Valencian towns that Ikea intends to reactivate... 3 Two alleged thieves die when jumping from a bridge... 4 They look for the remains of a corpse after finding... 5 A group of Chavista radicals attack Guaidó on his... 6 Extreme heat alert: list of Valencian municipalities... 7 Joaquín Benito de Lucas and Pedro Tenorio, in memory 8 The best hamburger in Spain: what are its ingredients... 9 Carriedo highlights the joint effort in the success... 10 They judge a man for sexually assaulting and threatening... 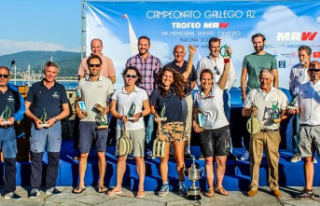 Ramada and Óscar Peixoto and Nano Yáñez and Manuel...